Resident Evil: Infinite Darkness: Everything you need to know 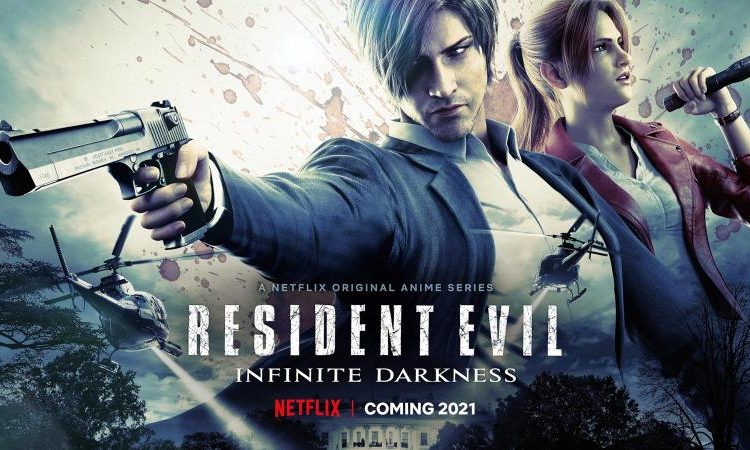 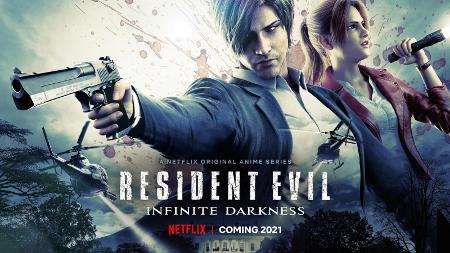 Now Netflix has announced that it will be adapting the story of mankind’s battle with the T-virus into a new animated series that will debut this summer. Here’s what we know about the show.

When is the release date for Resident Evil: Infinite Darkness?

Netflix has confirmed that Infinite Darkness will debut on 8 July 2021. As is standard for Netflix, it’s expected that every episode will drop at once that day.

It’s worth noting that the latest entry in the game saga, Resident Evil: Village, just launched on 7 May, and there’s also a new live action movie, Resident Evil: Welcome to Racoon City, which reboots the entire film franchise and has been confirmed to open in cinemas on 3 September 2021, so we’re getting a full summer of zombies.

Enjoy your stay. Resident Evil: #WelcomeToRaccoonCity is only in theaters September 3. pic.twitter.com/6zN8Rpw0Ew

Looking further afield, Netflix has also commissioned a live-action Resident Evil series that could debut in 2021 as well. All we know so far is that it will feature the two children of RE big-bad Alfred Wesker, after they move to New Raccoon City and realise that their father could be up to no good.

The show then runs a parallel timeline ten years later following the pair as they deal with the zombie apocalypse that the Umbrella corporation has unleashed. There’s no release date known at the moment, so this could end up continuing the Resident Evil universe in 2022 rather than competing with its stablemates this year.

Whatever happens, it’s a great time to be a fan of the franchise.

The original teaser trailer gives you a glimpse of what Claire and Leon will encounter:

Meanwhile the follow-up character trailer shows us a little more of an attack on the White House:

Finally, the first full trailer gives us all that and more, including a first look at what we can only assume is the series’ final monster:

What is the plot of Resident Evil: Infinite Darkness?

In a recent press release, Netflix outlined the story we can expect to see when the series arrives later this year.

‘In 2006, there were traces of improper access to secret Presidential files found in the White House’s network. American federal agent Leon S. Kennedy is among the group invited to the White House to investigate this incident, but when the lights suddenly go out, Leon and the SWAT team are forced to take down a horde of mysterious zombies. Meanwhile, TerraSave staff member Claire Redfield encounters a mysterious image drawn by a youth in a country she visited, while providing support to refugees. Haunted by this drawing, which appears to be of a victim of viral infection, Claire starts her own investigation.

‘The next morning, Claire visits the White House to request the construction of a welfare facility. There, she has a chance reunion with Leon and uses the opportunity to show him the boy’s drawing. Leon seems to realize some sort of connection between the zombie outbreak at the White House and the strange drawing, but he tells Claire that there is no relation and leaves. In time, these two zombie outbreaks in distant countries lead to events that shake the nation to its very core.’

Who are the cast and crew for Resident Evil: Infinite Darkness?

Netflix confirmed on its Twitter account that the two main characters of Claire Redfield and Leon Kennedy will be voiced, respectively, by Stephanie Panisello and Nick Apostolides. This means they will be reprising the roles they performed so well in the recent remake of the Resident Evil 2 game.

Resident Evil: Infinite Darkness is bringing back the RE2 remake’s Nick Apostolides as Leon Kennedy and Stephanie Panisello as Claire Redfield. pic.twitter.com/qjIa13hfZc

The show will be written and produced by Hiroyuki Kobayashi who has also helmed many of the Resident Evil movies and games, going right back to the beginning of the franchise.

Where can I watch Resident Evil: Infinite Darkness?

As this is a Netflix show, you’ll need to be signed up to the streaming platform to watch it. This seems worth doing, as not only will you have Resident Evil: Infinite Darkness but also the new live-action Resident Evil series when that arrives.