Researchers are offering $3,000 for volunteers willing to be infected with influenza

Would YOU get paid to be infected with the flu? Researchers are offering $3,310 for people willing to get sick

Would you let someone pay you to deliberately infect you with the flu?

Researchers at Saint Louis University in Missouri – and three other universities – are hoping that the sum of $3,310 will do the trick.

The team is launching a study because it wants to understand what happens when someone is infected with the flu and ‘how the body controls the infection’, according to a news release.

It comes on the heels of the second pediatric flu death reported in the US as the new influenza season gets under swing, according to the Centers for Disease Control and Prevention (CDC). 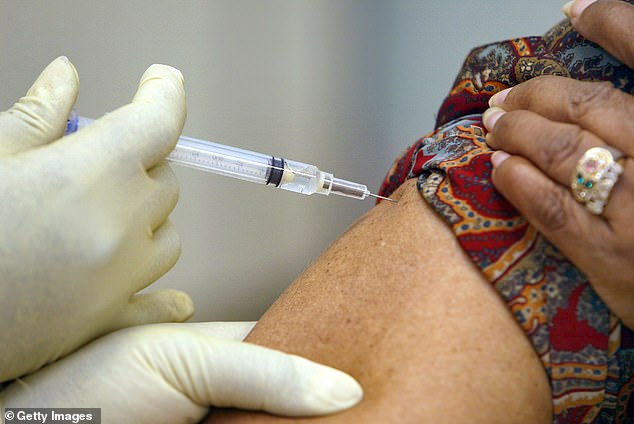 Researchers from Saint Louis University in Missouri, who are studying what happens when people are infected with the flu, are paying $3,310 to those willing to be deliberately infected (file image)

READ  ADHD may be more common among elite athletes

For the study, researchers are looking for 80 healthy participants between ages 18 and 49 who will be studied for four months.

The adults will be infected with a nasal spray of one of the seasonal flu strains H1N1 and stay at the Salus Center on campus for 10 days, for which they will be paid $300 per day.

During this time, researchers will take blood samples and nasal and throat swabs both before and after the participants are infected.

Flu symptoms, including fever, muscle aches and weakness, will be recorded every day for 14 days.

After they leave the clinic, the participants will need to visit clinic three times – during which they’ll have blood and nasal wash samples taken – and answer one phone call from the researchers.

They will be paid $75 for the four required clinic visits and $10 for the one phone call.

Researchers will only be enrolling participants within a close distance from the study sites – roughly a 200 mile radius or so.

‘These trials provide a powerful tool to study many aspects of influenza disease progression and also can help to efficiently assess new treatments and vaccine candidates.’

The first is a trivalent vaccine, which protects against two influenza A strains, H1N1 and H3N2, and one influenza B strain.

The second option, the quadrivalent flu vaccine, protects against the same strains as the trivalent vaccine, as well as an extra influenza B virus.

However, pediatric influenza vaccines will be quadrivalent vaccines, according to the CDC.

Last year, for the first time in two years, the CDC updated its recommendations to include the nasal spray, known as FluMist.

The nasal spray uses live, weakened viruses which are meant to teach the body to recognize and ward off flu strains if you become infected.

The shot works similarly, but uses dead strains of the virus.

According to the CDC, children between six months old and eight years old should get two doses of the flu vaccine – with four weeks in between doses.

It’s particularly important that children receive the shot because they are more likely to suffer from flu complications.

During the 2018-19 season, 130 children died from influenza-associated illnesses, the CDC reports.

Heart attack: The simple move that could protect you against the deadly condition

'Theatre was my first love': Bernardine Evaristo on her NHS play, Twitter trolls and 'porny' posts