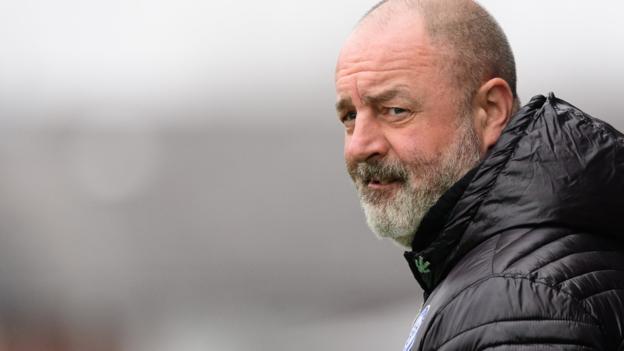 The League One club’s future had been in doubt prior to the deal, with administrators warning of liquidation.

Bolton, bottom of the table on -11 points, suffered a third successive 5-0 league loss to Gillingham on Saturday.

Hill, 50, replaces Jimmy Phillips, who had been in caretaker charge since Phil Parkinson left on 22 August.

“My first job is to recruit a number of players ahead of Monday’s deadline,” Hill told the Bolton website.

“The young lads have done really well and worn their heart on their sleeve and we’re not looking to replace them but they need help and we need to strengthen the squad.”

Bolton have endured a tumultuous summer since relegation from the Championship, with Football Ventures’ protracted takeover only going through this week with the club having been threatened with expulsion from the English Football League.

With the majority of the club’s senior players having left, they have fielded sides made up almost entirely of youth-team players in their six matches so far this campaign – including their youngest-ever side against Coventry City on 10 August.

Wanderers, who started the season with a 12-point deduction after entering administration, called off their game against Doncaster Rovers amid welfare concerns for those younger players.

Former Blackburn Rovers and Plymouth Argyle defender Hill has been out of work since being sacked by Rochdale in March, having achieved two of the three promotions in their history.

He is joined at Bolton by ex-Mansfield Town boss David Flitcroft, who was born in the town – the pair having previously worked together at Rochdale and Barnsley, where both also had spells as manager.