PEOPLE who rent their homes are paying almost a fifth more each month than homeowners – for equivalent properties – in some parts of the country.

The gap is greatest in London, according to a new report.

Homeowners in the capital could find themselves 18 per cent better off, on average, adding up to savings of £3,727 per year, said Halifax.

Buying beats renting across the nation, with even those in Yorkshire and the Humber — where the difference is least pronounced — saving an average of £235 each year.

Low interest rates have helped make monthly home-loan repayments much more affordable in the past decade.

Rising house prices mean the gap is not as great as it was.

The bank’s research looked at the costs for a typical first-time buyer paying back a mortgage on a three-bedroom home.

This was compared with the average monthly rent on the same property type.

Buying costs include mortgage repayments, income lost by funding a deposit rather than saving, spending on household maintenance, repair and insurance costs.

The calculations did NOT include one-off costs such as stamp duty, searches, legal fees and valuations.

Halifax’s Russell Galley said: “The overall gap between home buying and renting is at its smallest margin for ten years.

“But this masks some significant regional variations where homeowners are making some considerable savings on monthly costs.

“While Londoners stand to save the most from ownership compared to renting, buyers in the rest of the South East and South West of England and in Scotland are also reaping the benefits.”

He added: “Buyers in two-thirds of UK regions are saving upwards of £1,000 a year from living in a home they own.” 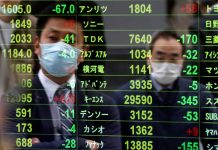 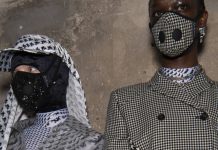 Fashion houses get creative in the fight against Covid-19

China sees drop in new coronavirus cases; none in Hubei for sixth day