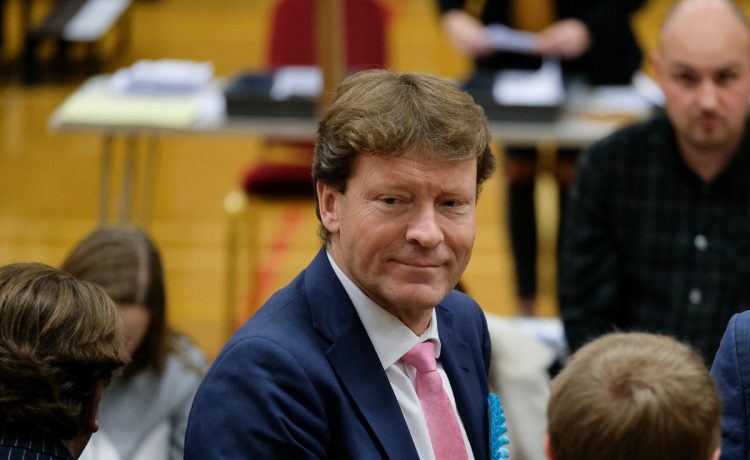 Allies said opposition to lockdown regulations would be a big part of his campaign. In a flavour of his pitch he tweeted this afternoon: “SO SAD still to see some children been so unnecessarily terrified they are wearing masks outside.”

An ally said: “There are a lot of Londoners who feel unrepresented at City Hall at the moment.

The decision rules Mr Tice out of the Hartlepool by-election, despite him saying last week he was considering it.  He took 10,603 votes in the northern town when he stood there for Brexit at the 2019 general election.

Deputy Reform Party leader David Bull will also stand for the London Assembly in the constituency of City and East, as well as appear on the list.

Reform is the new name for Nigel Farage’s anti-EU, and includes key figures from the original UK Independence Party.

Although it has not performed strongly in recent polls compared with its predecessors – it failed to register in the assembly section of the recent Opinium poll of Londoners for the Standard –  the system of proportional representation used in assembly elections gives smaller parties a better chance of being elected than the first-past-the-post system used at Westminster.

READ  I left Russia to escape Putin’s assault on reason. Now I fear the UK is on the same path | Peter Pomarentsev
Share on FacebookShare on TwitterShare on PinterestShare on Reddit
newsgrooveMarch 30, 2021