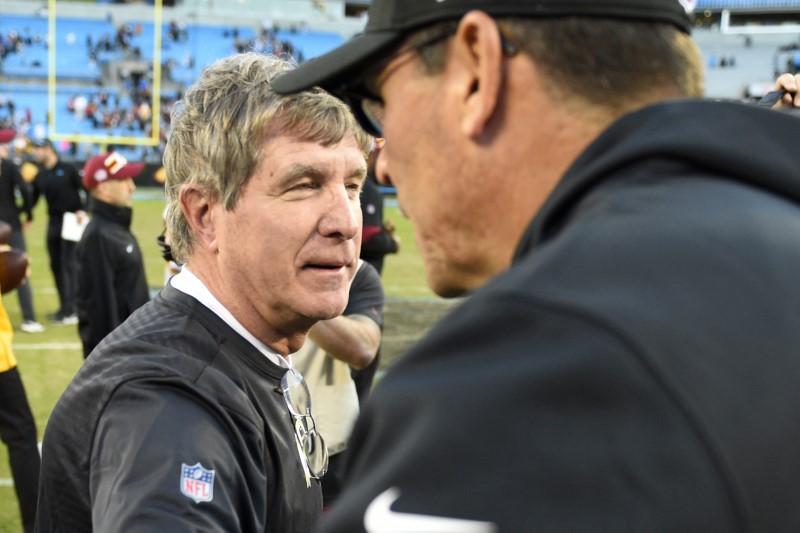 Former Carolina Panthers head coach Ron Rivera has found a new home, agreeing to become head coach of the Washington Redskins after interviewing with the team on Monday, according to NFL.com.

Rivera, who turns 58 on Jan. 7, was fired by the Panthers after a 5-7 start to this season, capping a nine-year tenure in which he went 76-63-1 and led Carolina to a Super Bowl 50 appearance. Coincidentally, his last game was a 29-21 home loss to Washington.

He replaces interim coach Bill Callahan, who finished the season after Jay Gruden was fired following an 0-5 start.

No contract details were made available.

The move comes one day after team president and general manager Bruce Allen was fired after 10 seasons. Allen held various roles in the organization and maintained personnel control for most of that span aside from a stretch with Scot McCloughan as general manager.

NBC Sports Washington reported ahead of Monday’s meeting that Rivera would likely have total personnel control, including final say on the team’s 2020 draft, with the possibility that Washington names a full-time general manager after the draft.

Washington has the No. 2 pick in the first round of this year’s draft.