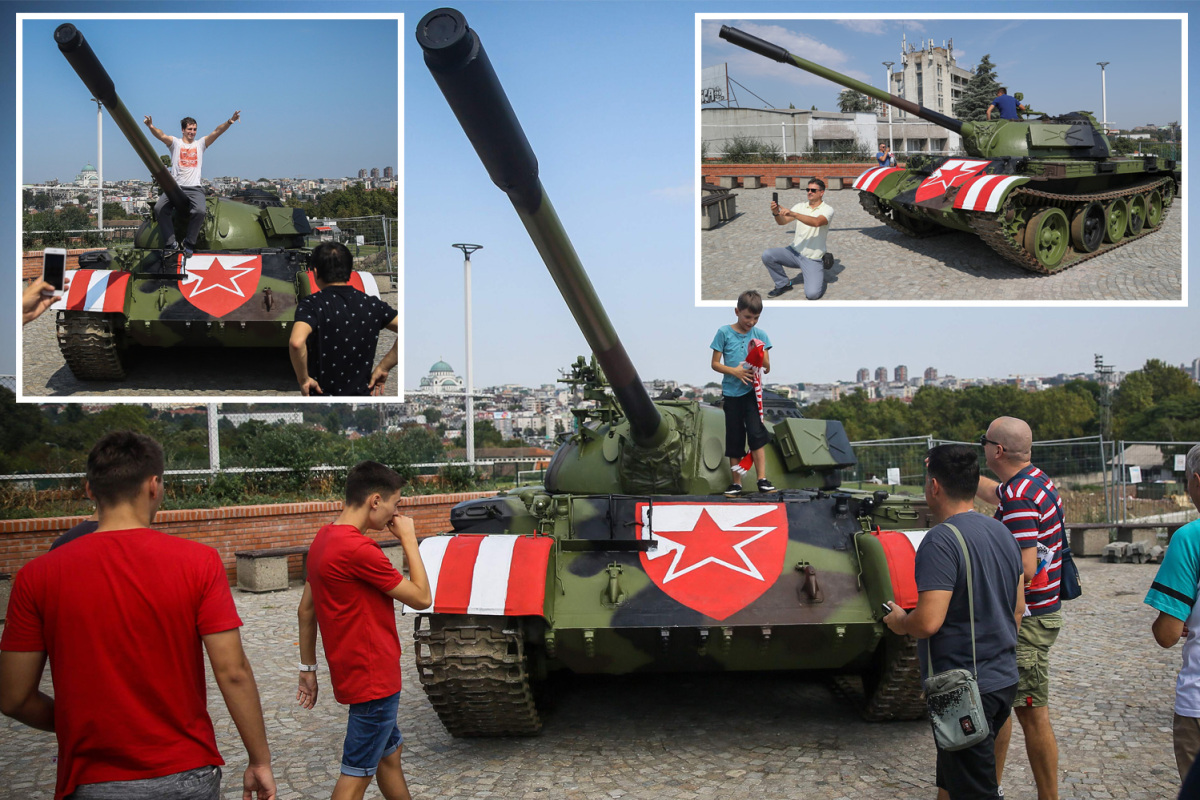 Red Star Belgrade fans have moved a tank outside their stadium ahead of their Champions League game with Swiss champions Young Boys tonight.

The Serbian club’s stunt has caused outrage in neighbouring Croatia which fought a war for independence from the Serb-led Yugoslavia.

Croatian media said the tank is “a clear provocation” and “a scandal” and demanded that Uefa react.

The real battle tank was used during the bloody breakup of Yugoslavia in the 90s and fans have decorated in red and white club colours.

The tank is a decommissioned Soviet made T-54.

The tank is parked near the stadium’s north stand which is reserved for the club’s most ardent supporters.

The ultras are known as Delije which is roughly translated to “tough boys”.

Serbian interior minister Nebojsa Stefanovic said the tank “replica” was inspected and no explosive ordinance that would represent danger to the public was found.

At least five people were injured and the pubs were smashed to bits.

The incident triggered heated exchanges between Croatian and Serbian politicians.