Major League Baseball (MLB) fans will be able to get their hands on more tickets for the Boston Red Sox and New York Yankees matches in London this summer.

The matches had sold out in December but it was confirmed last week that the capacity at the London Stadium will be increased and 5,000 more tickets will be released across the games taking place on 29 and 30 June 2019.

How to get tickets

According to Ticketmaster the extra tickets for the Red Sox vs. Yankees matches will go on sale on Thursday 11 April at 10am UK time (5am EST).

Tickets will be available in categories six (£120) to ten (£30). Fans can register for updates at the MLB London website.

It was confirmed last year that MLB will play its first regular-season matches in Europe when the Red Sox and Yankees go head-to-head in London.

The 2019 MLB London Series follows in the footsteps of the NFL and NBA by playing matches in the UK capital city. In an announcement MLB revealed that the June series is part of a two-year commitment to play in London. The teams for the 2020 series are yet to be decided.

Speaking at the announcement London mayor Sadiq Khan said: “I’ve been working to get Major League Baseball to come to London since I became mayor, and I’m delighted that we have these two great teams coming to our city.”

Yankees managing general partner Hal Steinbrenner added: “This rivalry is well over a century in the making and over 2,000 games. It is a contentious rivalry, sometimes downright bitter, but that is due to the passion of our fans.” 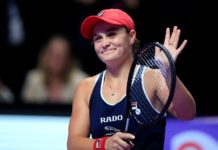