In the third season of Project Paris, it was finally set up for Neymar to be the belle of the Champions League ball. It was supposed to be his night. Yet few can hold back the tide that is Erling Haaland these days. Without transforming the team the Norwegian significantly adjusted Borussia Dortmund’s fortunes and swept them to a heady victory over the returning Thomas Tuchel’s Paris Saint-Germain – in classic teenage style, late to rise before injecting the night with drama.

With many anticipating a game full of wild haymakers, the opening stages were more a series of precise, considered jabs between the only Bundesliga side yet to lose at home this season and visitors who arrived unbeaten in 23 matches.

Neymar, who had played just one of the four Champions League knockout matches his club had been involved in before this since his 2017 arrival, was largely anonymous and it was Kylian Mbappé who looked the most likely to crack open an often-porous home side.

On Mbappé’s previous visit here with Monaco en-route to the semi-finals in 2017, he had scored twice in a match played under the shadow of the attack on Dortmund’s team bus. The then-teenage prodigy had feasted on the home side’s high line, but Lucien Favre and his players seemed determined that would not happen again.

Neymar did have the first clear chance, curling an 11th-minute free-kick wide but Dortmund’s plan was clear: to smother the French champions’ forward talent in numbers and to counter at breakneck speed.

In the 14th minute it nearly worked to perfection. After a PSG corner was cleared, Jadon Sancho surged clear through the centre, but could only drag a shot wide of Keylor Navas’s goal with options left and right. One of those, the quicksilver Achraf Hakimi – offered extra liberty by Lukasz Piszczek’s presence on the right of the back three – proved a popular outlet, sending a wave of excitement through the home support every time he motored down the flank.

With Layvin Kurzawa almost matching him for pace, Hakimi had to vary his runs and almost struck gold when outwitting Kurzawa and cutting the ball back to the advancing Emre Can, who wanted a penalty as he stumbled under Marco Verratti’s challenge but never looked likely to get it.

With Dortmund having the best of the slim pickings in front of goal, Sancho then cut inside and forced Navas to box away his curler, with Hakimi’s follow-up effort charged down, but Dortmund’s increasing confidence looked like it might work for the visitors, with a suggestion of space behind that notoriously unreliable back three beginning to open up for Mbappé.

Erling Haaland, whose incredible goalscoring run has masked to the wider world the fact that he is still getting to grips with his new teammates, had a subdued first 45 minutes, shooting into the side-netting but struggling to get involved in the smart interplay of Sancho, Hakimi and Thorgan Hazard.

The Norwegian striker began the second period looking ready to make a difference and in a strangely erratic opening few minutes to the half, with both sides looking twitchy and giving away possession in their own halves, he seized on one such slip but was robbed by Verratti as he prepared to pull the trigger. Haaland then sped past Thiago Silva but the covering Marquinhos cut him off.

With both sides looking on edge, Neymar then found his way into the book for a foul on Axel Witsel. The Brazilian, who hadn’t played since 1 February, seemed frustrated, throwing his gloves to the floor, but then opened up Dortmund, playing in Mbappé to force a rare save from Roman Bürki, though the assistant’s flag was raised.

Lucien Favre sent on 17-year-old Gio Reyna, increasingly trusted by the coach in 2020, for Hazard, completing an all-teenage front three and the breakthrough followed almost immediately. As Dortmund began to move more fluidly Raphaël Guerreiro popped up on the right and sent the ball in low for Haaland to stab past Navas and high into the net at the second attempt.

All of Westfalen bounced around the Südtribune, its centrepiece, as they sensed a memorable night but Neymar, almost inevitably, popped the balloon as it went up, tapping Mbappé’s cross into the empty net at the back post and annoying the home crowd – and Bürki – with his celebrations. Yet Haaland was not to be denied.

Reyna powered past a pair of defenders and fed his centre-forward, but it was no more than a suggestion of a chance which he hammered unerringly into the top of the net before most of the stadium realised a shot was on. Mbappé hit the outside of the post but neither of the Parisian stars could overshadow Dortmund’s new darling, in a season in which he is bending the Champions League to his will. 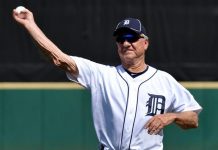 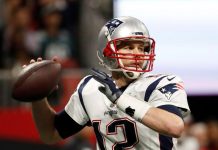