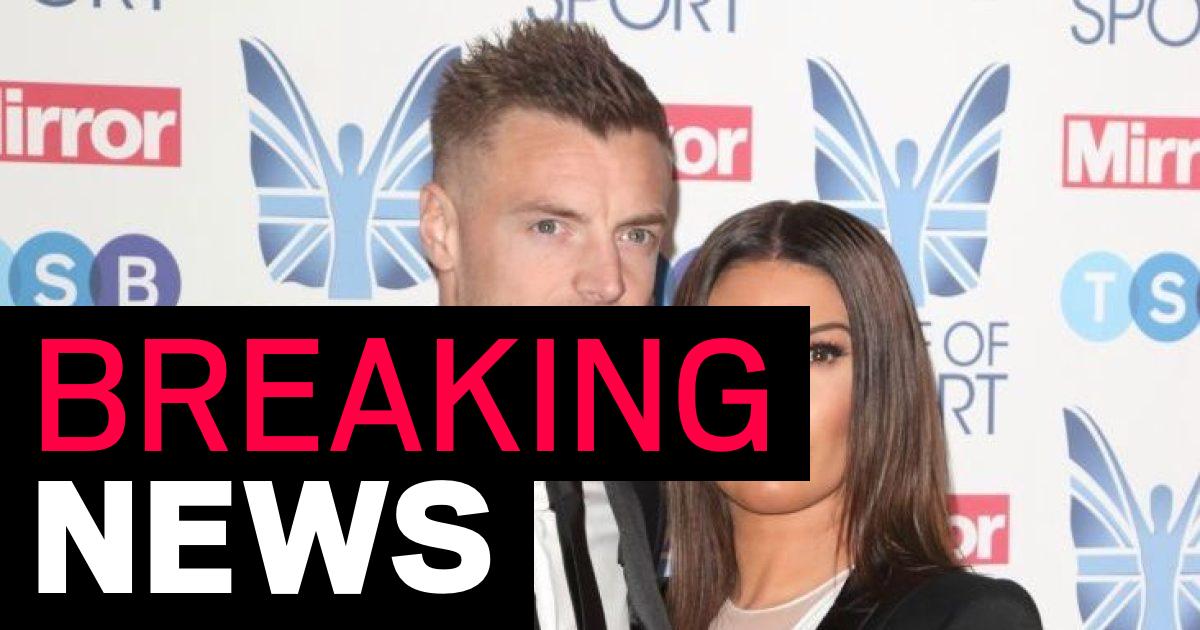 Rebekah has welcomed her fifth child with her footballer other half Jamie Vardy.

The I’m A Celebrity Get Me Out Of Here! star gave birth to a baby today, with Jamie announcing they welcomed another daughter.

‘Over the moon to let you know our beautiful little girl has arrived,’ he wrote on Saturday afternoon. ‘Becky and baby are both doing well and we are all totally in love with the newest member of our team.’

Over the moon to let you know our beautiful little girl has arrived ? Becky and baby are both doing well and we are all totally in love with the newest member of our team.

The sweet news was also confirmed by Jamie’s Leicester City boss Brendan Rodgers, after the footballer was forced to miss today’s game.

In a message on the football club’s account, it quoted Rodgers as saying: ‘Jamie Vardy’s wife had a child today, so he’s with her and congratulations to them.’

Meanwhile, Jamie also has another child, Ella, from a previous relationship.

Rebekah and Jamie first met in 2014 while she was working as a nightclub promoter, and the two quickly hit it off, before tying the knot in May 2016.

She recently revealed that she would divorce her husband if he ever was to cheat on her, claiming she would ‘not stand for it’.

Speaking to Fabulous magazine, she said: ‘I wouldn’t stand for it if my husband cheated on me, I wouldn’t put up with that in a million years.

‘If I was prepared to put up with that behaviour, where would my self-respect be? What example would I be to my kids?’ But she also admitted that she is aware that her husband would not stray from her, as he is different from guys she has dated in the past, and that her relationship with Jamie is ‘the only relationship she’s felt stable in’.

Their baby joy comes after a few turbulent months for Rebekah after Coleen Rooney publicly accused her of selling false stories about her.

Rebekah has denied the allegations.

In a statement posted in response to Coleen, who is married to Wayne Rooney, she wrote: ‘As I have just said to you on the phone, I wish you had called me if you thought this. I never speak to anyone about you as various journalists who have asked me over the years can vouch for.

‘If you thought this was happening you could have told me & I could have changed my passwords to see if it stopped. Over the years various people have had access to my Insta and just this week I found I was following people I didn’t know and have never followed myself.’

The reality star continued: ‘I’m not being funny but I don’t need the money, what would I gain from selling stories on you? I liked you a lot Coleen and I’m so upset that you have chosen to do this, especially when I’m heavily pregnant.

‘I’m disgusted that I’m even having to deny this. You should have called me the first time this happened.’

MORE: Chris Packham contacts I’m A Celebrity Get Me…Out Of Here! ‘every year’ about their treatment of animals

READ  Piers Morgan accuses Ben Shephard of snubbing him on GMB: 'In his contract to avoid me'
Share on FacebookShare on TwitterShare on PinterestShare on Reddit
newsgrooveDecember 28, 2019