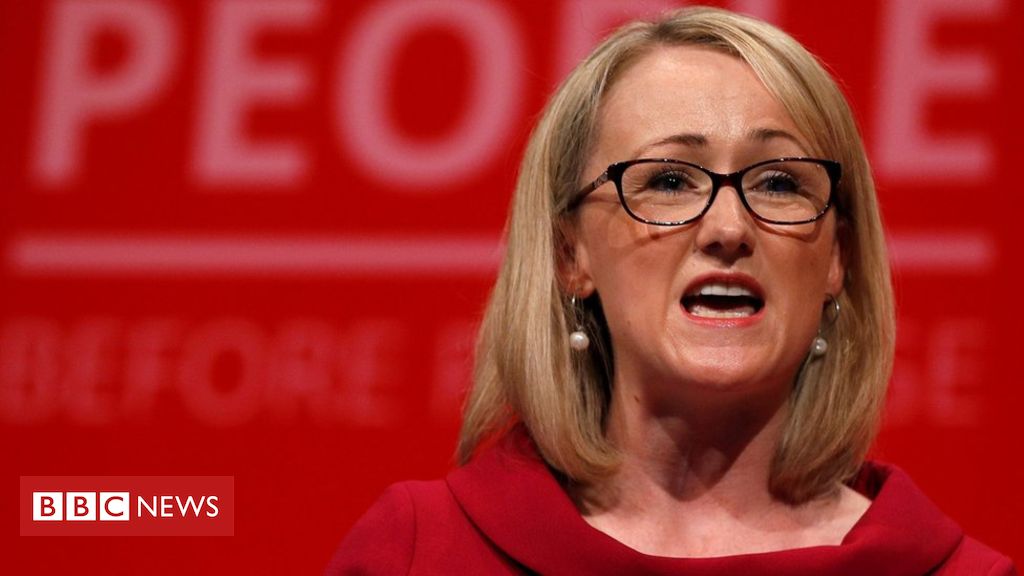 Rebecca Long-Bailey has confirmed she is considering standing in the contest to be Labour’s next leader, pledging to champion “progressive patriotism”.

Writing in the Guardian, she blamed Labour’s decisive election defeat on its “compromise solution” on Brexit, as well as a lack of trust among voters.

However, the shadow business secretary insisted its policy agenda was popular.

Jeremy Corbyn has said he will stand down as leader early next year in the wake of Labour’s election defeat earlier this month, where much of the party’s traditional Northern strongholds fell to the Conservatives.

Labour was defeated for a fourth election in a row and recorded its worst performance, in terms of seats, since 1935.

Despite not yet formally declaring her candidacy, Ms Long-Bailey is seen as a frontrunner in the contest to replace Mr Corbyn, with her main rivals expected to include shadow Brexit secretary Sir Keir Starmer and Wigan MP Lisa Nandy.

In her first substantive comments on the election results, the Salford and Eccles MP said Labour’s Brexit policy “satisfied too few” but defended the party’s policies.

“We didn’t lose because of our commitment to scrap universal credit, invest in public services or abolish tuition fees,” she wrote.

Ms Long-Bailey is widely viewed to be the favourite among Corbyn supporters, and frequently defended the party’s policies on the airwaves during the election campaign.

However, in comments that will be seen as an attempt to differentiate herself from the Labour leader, she called for the party to champion “progressive patriotism”.

“From ex-miners in Blythe Valley to migrant cleaners in Brixton, from small businesses in Stoke-on-Trent to the self-employed in Salford, we have to unite our communities.

“Britain has a long history of patriotism rooted in working life, built upon unity and pride in the common interests and shared life of everyone.

“To win we must revive this progressive patriotism and solidarity in a form fit for modern Britain.”

Ms Long-Bailey also suggested Labour had further to go in giving its members control of the party.

“Our promise to democratise society will ring hollow if we can’t even democratise our own party,” she added.

So far, only Emily Thornberry and Clive Lewis have officially entered the race to replace Mr Corbyn, though a number of others – including former cabinet minister Yvette Cooper and Sheffield City Region mayor Dan Jarvis – have said they are thinking about standing.

Labour’s chairman, Ian Lavery, is also reported to be among those considering joining the race.

A spokesman for Mr Lavery – who like Ms Long-Bailey is an ally of Mr Corbyn – told the Daily Mirror he was “seriously considering” standing after receiving “tremendous” support.

Labour’s election performance has prompted a debate about the causes of its defeat and which direction the party should go in to return to power.

A panel of party figures has been established to “map out a route back to power“, but defeated MPs have argued any examination of Labour’s performance requires “fundamental change” at the top of the party.

READ  UK budget deficit to rise to £300bn this year, OBR says
Share on FacebookShare on TwitterShare on PinterestShare on Reddit
newsgrooveDecember 30, 2019