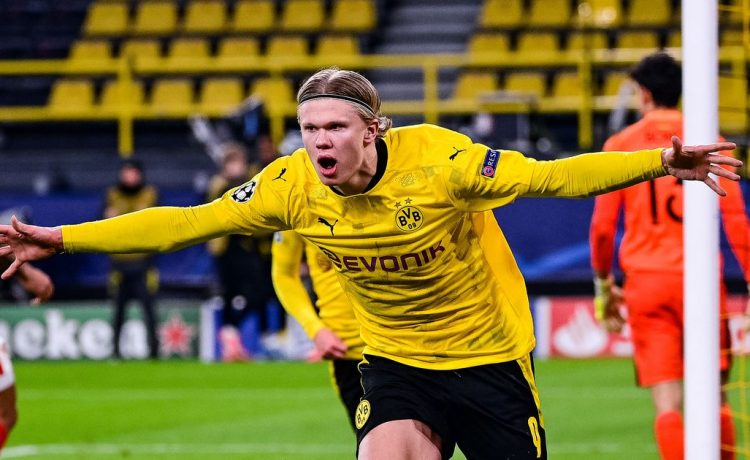 Real Madrid have reportedly been given a boost in the race to sign Erling Haaland as they hope the history of the club will dissuade him against a move to the Premier League.

The Borussia Dortmund striker has been linked with a move to Manchester United, Manchester City and Chelsea this summer.

However, Real believe that they are leading the race for not only Haaland, but also PSG star Kylian Mbappe.

The pair have emerged in recent months as the successors to Lionel Messi and Cristiano Ronaldo as the best in the world.

But their respective futures are up in the air, with Mbappe linked with Liverpool and Real Madrid.

In the case of Haaland, Los Blancos believe that he has a desire to play for the La Liga side in his career, and believe that edges them ahead in the race for his signature.

That is according to Marca, who also hint that Mbappe is undecided on his future.

City were drawn against Dortmund in the next round of the Champions League, and Pep Guardiola admitted that he was all too aware of the threat Haaland would pose as the competition’s top scorer.

“The numbers speak for themselves,” said Guardiola. “Of course he’s one of the best strikers in the world right now at his age.

“I’ve seen few of his games, honestly, because I didn’t have much time. But I saw the highlights and the numbers in the Champions League and the league are impressive.

“I know the quality of this player and I think everyone knows. But in two weeks I could answer better, because I didn’t see much.”

Haaland has a clause in his contract that allows him to leave for as little as £66m in 2022, but his value is expected to be above the £100m mark if he departs this year.