Real Housewives of Potomac star Candiace Dillard has been forced to apologize for making homophobic and transphobic remarks in recently resurfaced tweets.

The reality TV personality belongs to the Bravo franchise that has a huge LGBTQ+ fanbase, and she posted a lengthy apology on Wednesday via her social media accounts, protesting that she has since ‘matured’ from when she wrote the hurtful comments.

Dillard, 33, wrote: ‘To my loyal fanbase, particularly the LGBTQIA+ viewers, thank [you] for your unwavering support. I love you,’ she began, adding: ‘I, alone, am responsible for my words and I deeply regret saying anything that could have hurt my friends, colleagues, family and fans.’ 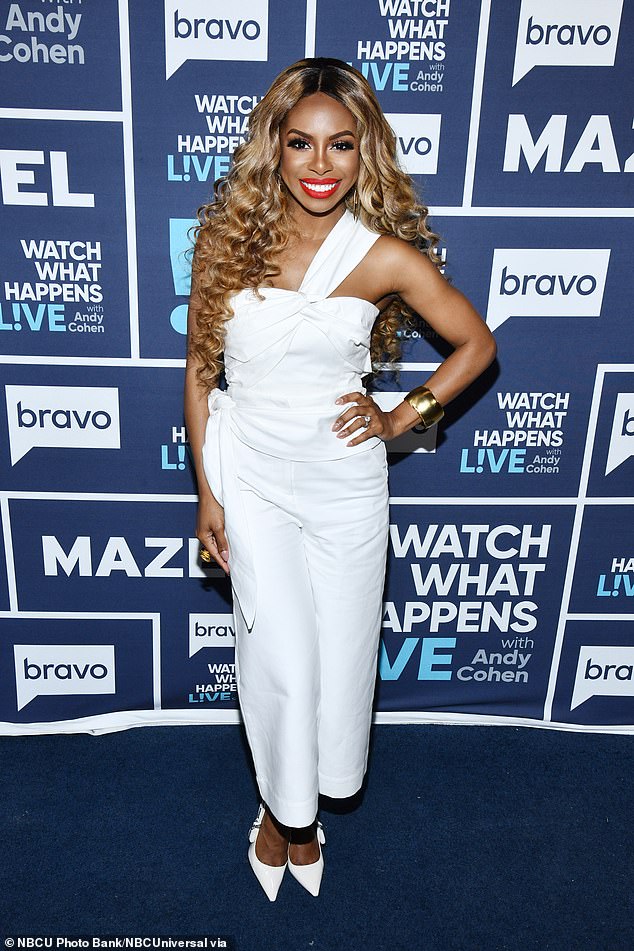 Dillard’s tweets have since been deleted, but many are still available online, with one offending comment from 2010 that reads: ‘Queenie gay men irk me.’

She also wrote during that time that she was ‘turned off’ by men who are ‘too into fashion,’ tweeting: ‘When u do too much, I’m disgusted. Makes me think ‘gay.”

Another tweet that resurfaced saw Dillard call RHOA’s Phaedra Parks’ then-husband Apollo Nida ‘a little gay’ because he was ‘so awkward.’ 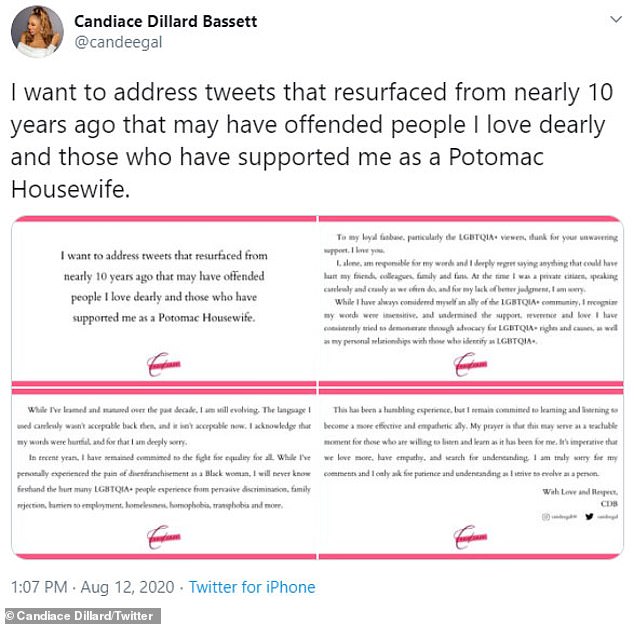 Apology: On Wednesday, the Real Housewives star issued this statement regarding her homophobic and transphobic remarks

READ  Check Out the Most Surprising Celeb Transformations of the Week

In her apology she added: ‘While I have always considered myself an ally of the LGBTQIA+ community, I recognize my words were insensitive and undermined the support, reverence and love I have consistently tried to demonstrate through advocacy for LGBTQIA+ rights and causes, as well as my personal relationships with those who identify as LGBTQIA+.’

She continued: ‘This has been a humbling experience, but I remain committed to learning and listening to become a more effective and emphatic ally.’

‘My prayer is that this may serve as a teachable moment for those who are willing to listen and learn as it has been for me.’ 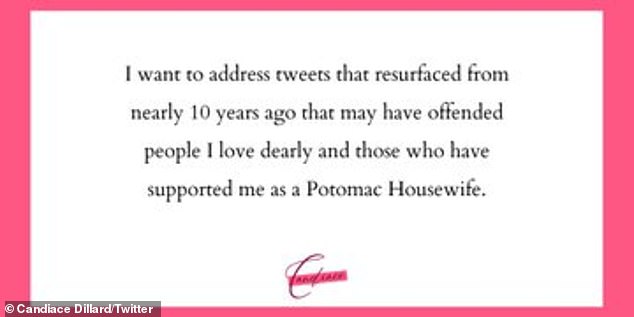 Lengthy: The RHOP star went to town in her apology 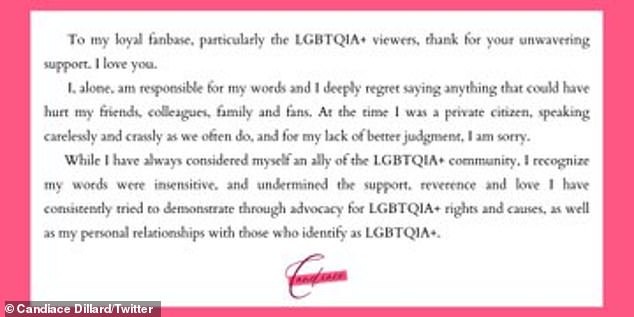 Taking responsibility: The reality star took ownership of her words 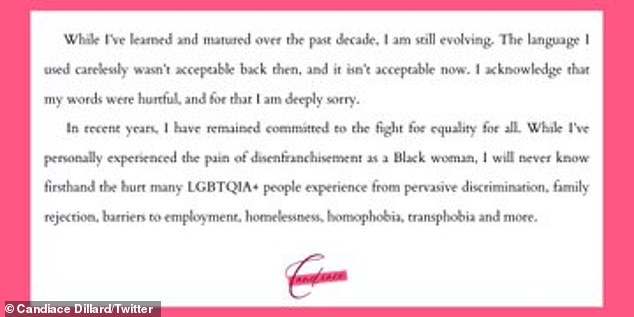 Measured response: She also acknowledged the hurt her words had caused 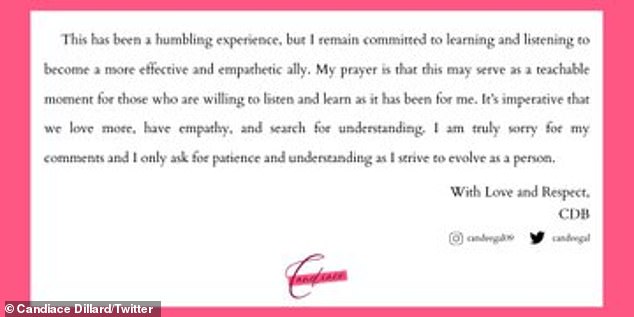 Prayers: She finished off by saying she hopes it will be a teachable moment 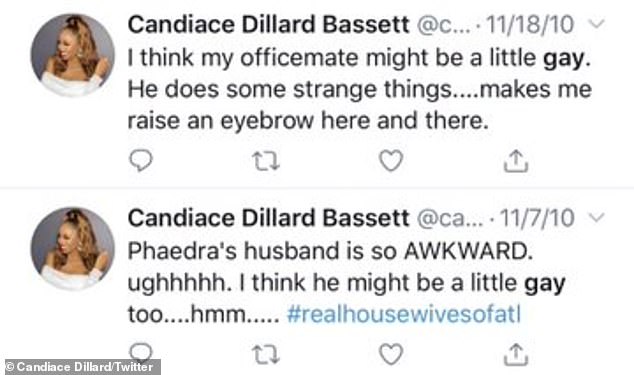 Offending tweets: Although she has since deleted them, her tweets are still doing the rounds 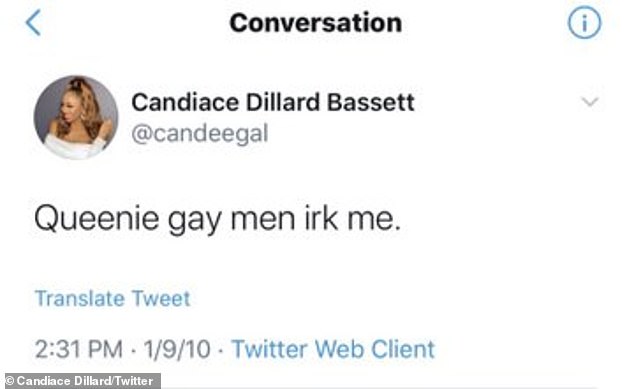 Not cool: The Bravo franchise has a legion of LGBTQ fans

Transphobic: Candiace has since apologized for her words

In 2011 she re-posted a transphobic message that read, ‘If you wanna be or are gay then do you. But wtf is up wit dudes wanting to be women?’ adding that she ‘agreed’ with the statement.