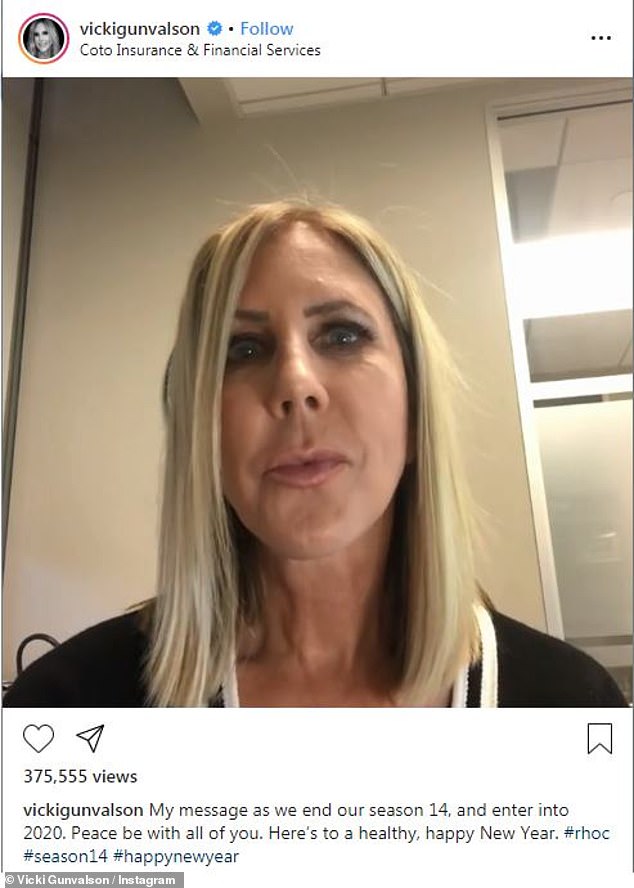 The reality star, 57, took to Instagram Stories Saturday to respond to people who said that her outburst on the reunion show against costar Braunwyn Windham-Burke, 42, reeked of homophobia, as she lashed out over a kiss Windham-Burke shared with Tamra Judge, 52, during the past season.

In the reunion conflict, the Bravo mainstay told Windham-Burke, ‘I don’t like the kissing … I’m sorry, I don’t – I think it’s disrespectful.

The latest: Vicki Gunvalson, 57, took to Instagram Stories Saturday to say she is not homophobic, responding to people who said that her outburst on the Bravo show’s reunion against costar Braunwyn Windham-Burke, 42, reeked of anti-gay sentiment

‘Do it off-camera! Fifteen years, I started this show, we don’t do that – turn it down, Braunwyn, turn it down!’

After she was lambasted on social media for the display, Gunvalson turned to the social media site to plead her case.

‘I’m gonna hit it right on, head on: I am not homophobic,’ Gunvalson said. ‘I’ve got family members that are gay and lesbian and I’ve got, obviously Bravo fans, personal friends – I’m not.’ 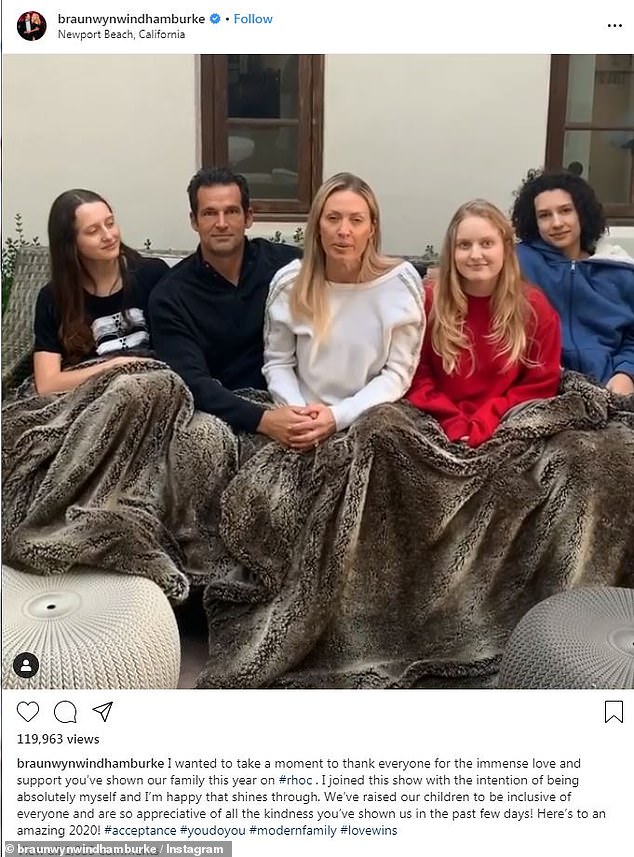 High road: Braunwyn (center) posed with her family as she thanked fans for their support in her first season on the Bravo series 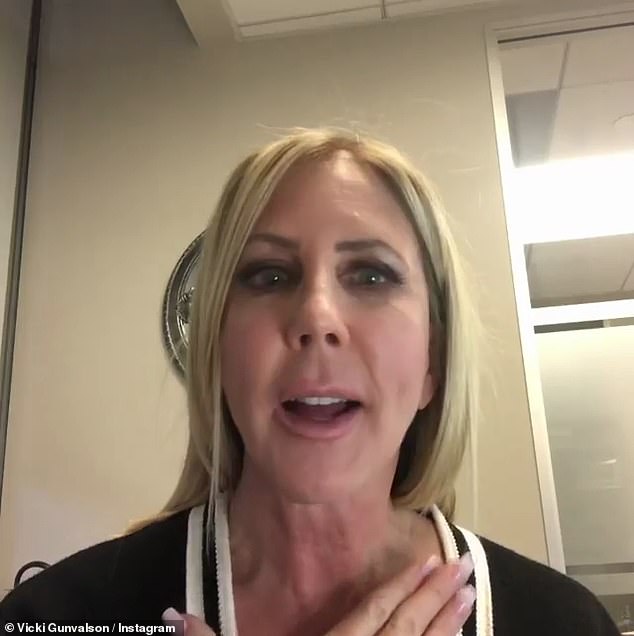 Background: Vicki said she’s ‘got family members that are gay and lesbian’ in her defense 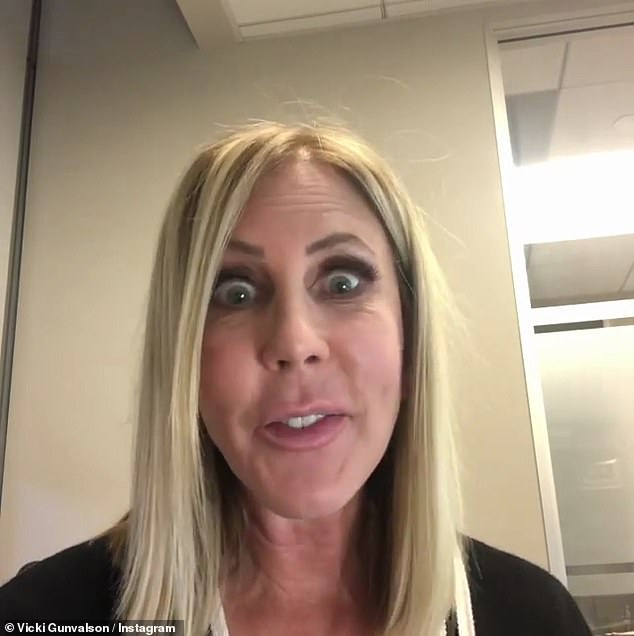 Point of view:  Vicki thinks it’s inappropriate ‘for Braunwyn to be making out on TV’

She continued: ‘If she wants to go do that, do that off-camera. I don’t really think that we all need to see it.’

Gunvalson conceded that she’s not a big fan of Windham-Burke, and the outburst was more reflective of that, than anything to do with homosexuality.

‘I’m sorry if you all took it any differently than what the truth is: The truth is, the girl bugs me, so probably much anything she does would bug me.’

Gunvalson captioned the post, ‘My message as we end our season 14, and enter into 2020. Peace be with all of you. Here’s to a healthy, happy New Year.’ 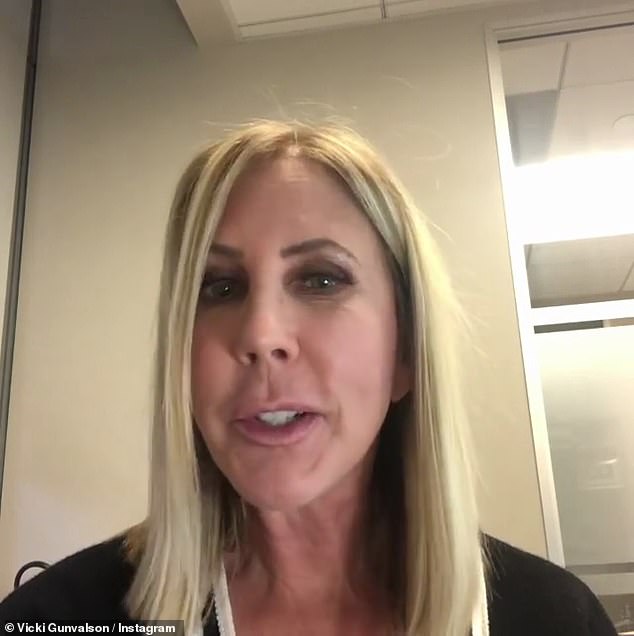 Annoyed: Gunvalson conceded that she’s not a big fan of Windham-Burke, and the outburst was more reflective of that 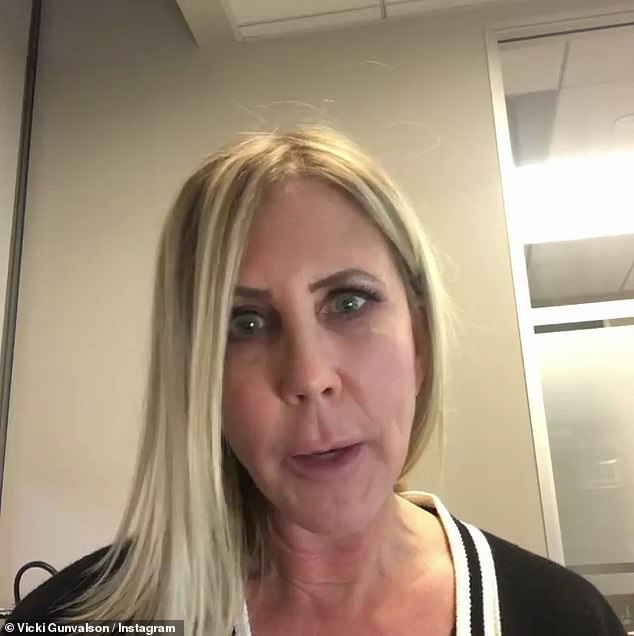 Season’s greetings: Gunvalson wished her fans a happy new year before heading onto a cruise

Following a sneak peek aired with the explosive excerpt, a number of fans took to Twitter with pointed opinions of Gunvalson’s behavior, many saying her actions were homophobic.

‘The homophobia jumped out of Vicki now,’ one wrote, while another said they were ‘very disappointed to see [her] homophobic behaviour on the reunion.

The user addressed Vicki, ‘As a gay man myself I know that the community was a fan of yours before the reunion. After I would say that that support is drying up quickly. I think an apology is in order.’

READ  Latitude Festival: Snow Patrol hopes it will be third-time lucky in 2021 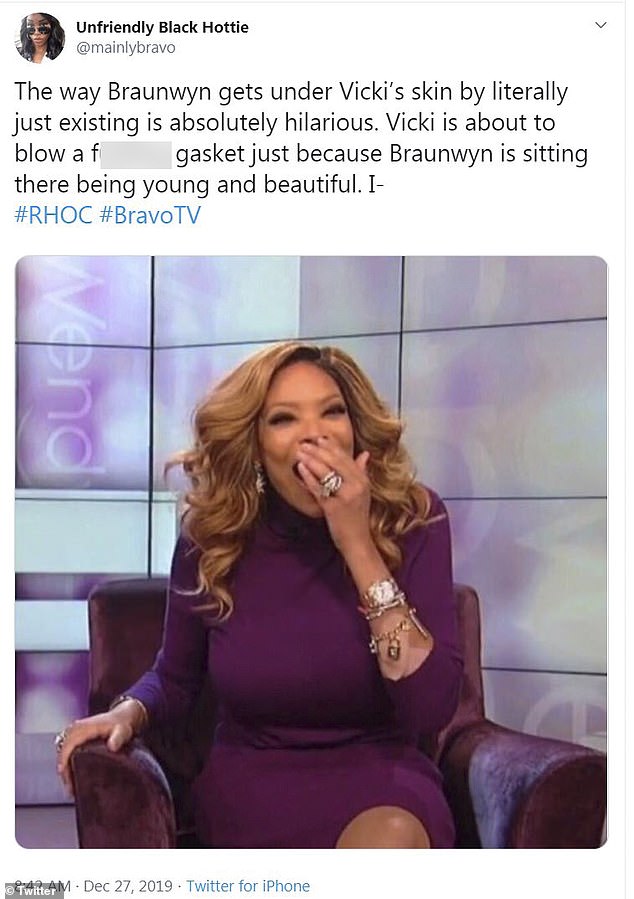 Envious? Some said Gunvalson’s jealousy of Windham-Burke was behind her fury 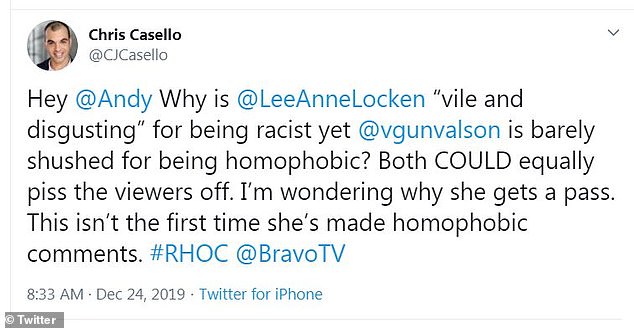 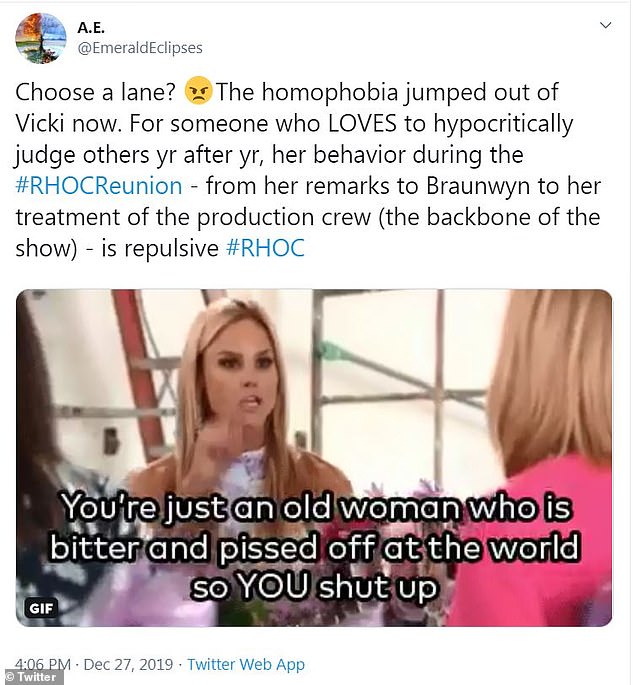 Upset: A number of fans took to Twitter with pointed opinions of Gunvalson’s behavior, many saying her actions were homophobic

Others said that Gunvalson’s jealousy of Windham-Burke was clearly behind her fury in the episode.

‘The way Braunwyn gets under Vicki’s skin by literally just existing is absolutely hilarious,’ one user wrote. ‘Vicki is about to blow a f***ing gasket just because Braunwyn is sitting there being young and beautiful.’

Another said, ‘Unpopular opinion but I don’t think [Gunvalson] is homophobic. She’s been on my TV long enough to know this was a poor choice of words/rant on her part, but not her full character. She hates braunwyn so much and focused on the wrong thing.’