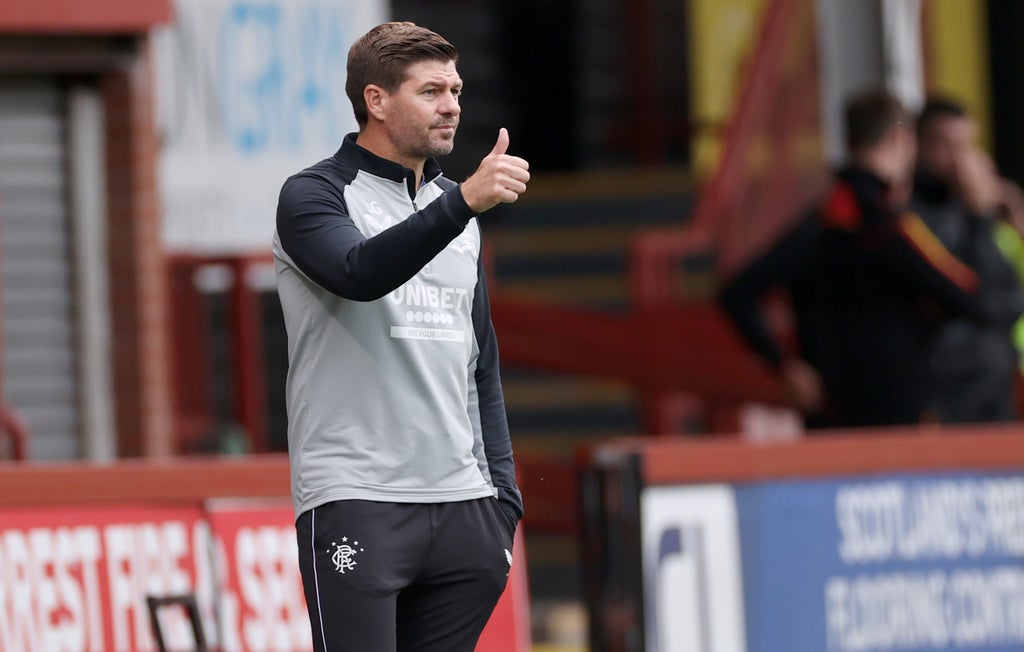 Steven Gerrard will be hunting for more silverware with Rangers this season and they kick-off their Europa League group matches against Lyon on Thursday.

The former England international won the Scottish Premiership last term in emphatic fashion as they were 25 points clear of second-place Celtic.

Rangers were knocked out of the Champions League by Malmo in August but Gerrard is now fully focused on the second-tier European league and hopes Connor Goldson will be available. The defender was recently self-isolating.

He said: “I’m hoping he’s going to be available. We’ll have to wait and see.”

Here is all you need to know about the match.

The match will kick-off at 8pm on Thursday, 16 September.

Where can I watch?

The game will be shown on BT Sport 3 and customers will also be able to stream the fixture on the app and website.

For Rangers, John Lundstram will be available but Ianis Hagi is unlikely to feature due to testing positive for Covid.

For Lyon, they are still waiting on news on whether Brazil’s Bruno Guimaraes and Lucas Paqueta will be allowed to play. Tinotenda Kadewere is an uncertainty while Leo Dubois and Jeff Reine-Adelaide are set to miss out.

Steven Gerrard’s team will have the slight edge given they are at home and their recent form in the Scottish Premiership will give them confidence. Lyon will be a tough task but Rangers should get the win after a close battle with the French club. Rangers 2-1 Lyon.