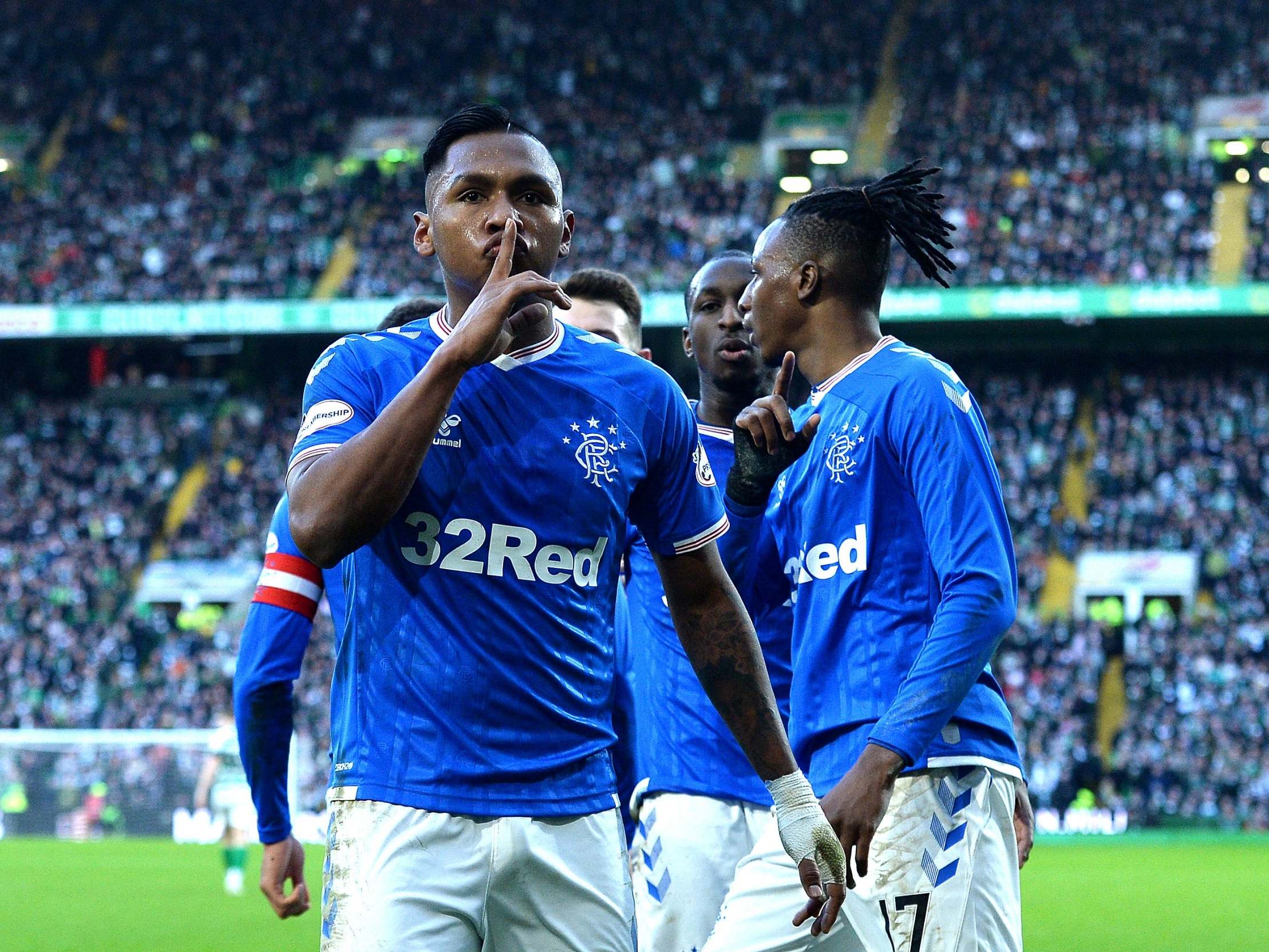 The Ibrox club believe the 23-year-old Colombia international was targeted after he was sent off by referee Kevin Clancy in the closing stages of the Light Blues’ 2-1 victory, after picking up the second of two yellow cards.

A Rangers spokesman said: “We believe Alfredo was racially abused and we would expect now that all measures will be taken to identify and deal with those responsible.”

The Parkhead club responded with a statement which read: “We are aware of the gestures made by the player towards Celtic supporters.

“We have received no reports of any racial abuse but would fully investigate any should these be brought to our attention.”

Morelos made some gestures with his hand across his throat as he made his way up the tunnel.

The Govan club insisted in an earlier statement released calling for the introduction of VAR, that the striker’s actions had been misinterpreted.

It read: “Even Alfredo’s gesture as he left the pitch is now being portrayed in some quarters as something sinister when, in fact, it is a gesture used commonly throughout South America to indicate quite simply that something – in this case, the match – is finished.”

Morelos picked up his first booking for a foul on Celtic skipper Scott Brown earlier in the game before he saw red after diving in the Celtic penalty area.

His second dismissal of the season means he is set to miss the first three matches of 2020.

Morelos will sit out the Ladbrokes Premiership clash against St Mirren at Ibrox on January 22 and the visit to Tynecastle to play Hearts four days later.

The 28-goal hitman will also miss the William Hill Scottish Cup tie against Stranraer at Ibrox on Friday, January 17 after picking up two yellow cards in the tournament last year which carried over to this season.

Morelos was sent off against Motherwell at Fir Park on December 15 for picking up two bookings, the second of which was for making a gesture to the home support after scoring in the 2-0 win.