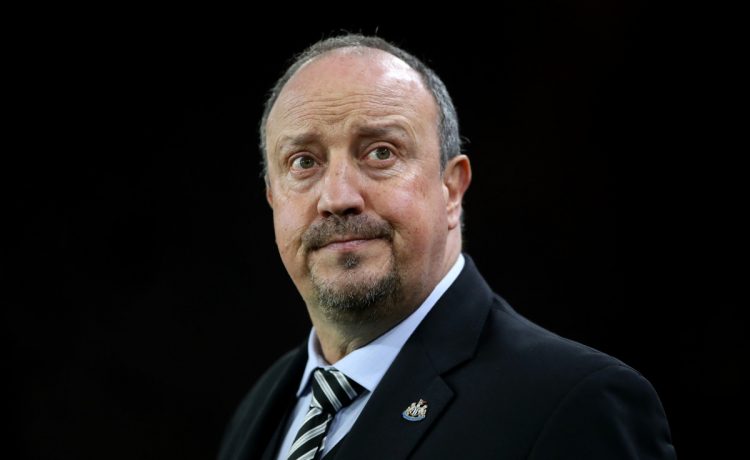 The 60-year-old, who left Chinese Super League side Dalian Professional in January, has expressed his desire to manage in England again.

Speaking to Spanish newspaper Marca, the Benitez said: “I’ve already received more than one [job offer] in the last few months, but it wasn’t the right time or project. I needed to spend time with my family.

“My experiences with Liverpool, Chelsea and Newcastle have all been very enjoyable and for that reason my priority is the Premier League.

“My family are in England and it’s the most complete league, but I can’t rule out leaving. As I said, if there’s a well-defined project with objectives [I’ll be interested].”

Benitez is also keen on becoming an international coach, saying ‘the time for a national team will come’.

But for now he’s focusing on securing a top job in the Premier League.

Benitez has enjoyed considerable success in England, winning the 2005 Champions League and 2006 FA Cup with Liverpool.

He was also Chelsea’s interim boss between November 2012 and May 2013, winning the Europa League.

And the Spanish coach guided Newcastle to the Championship title in 2017, establishing them as a top-flight club before leaving in 2019.

He is yet to win the Premier League, though, as his Liverpool side finished four points behind Manchester United in 2009.

The former Real Madrid manager won two LaLiga titles at Valencia between 2001 and 2004 and the Coppa Italia with Napoli in 2014.