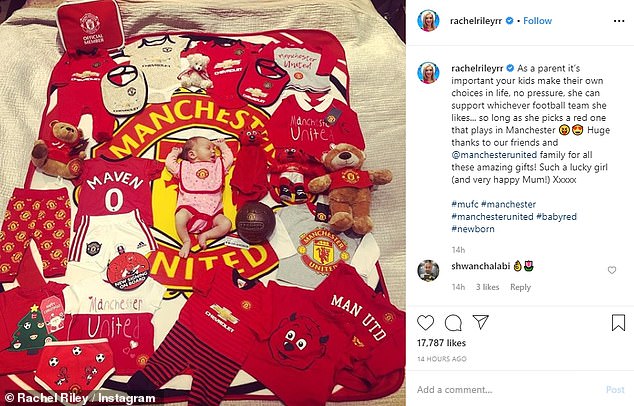 By Ciara Farmer For Mailonline

She welcomed her daughter to the world earlier this month.

And Rachel Riley, who shares baby girl Maven Aria with husband Pasha Kovalev, is ensuring she is starting her daughter young as she took to Instagram to reveal she is indoctrinating the tot into her beloved Manchester United.

The Countdown star, 33, shared a hilarious snap of little Maven lying in the midst of mounds of paraphernalia from the team – of which Rachel is a long-time and extremely devoted supporter.

Happy days! Rachel Riley, who shares baby girl Maven Aria with husband Pasha Kovalev, is ensuring she is starting her daughter young as she took to Instagram to reveal she is indoctrinating the tot into her beloved Manchester United

Rachel’s devotion to the team is well-known – so much so that there were rumours she was set to take a role as director earlier this year.

And she has now made it known that little Maven will be a fan of the team, as he shared the snap of the adorable tot surrounded by goodies.

She added a caption reading: ‘As a parent it’s important your kids make their own choices in life, no pressure, she can support whichever football team she likes…

‘So long as she picks a red one that plays in Manchester Huge thanks to our friends and @manchesterunited family for all these amazing gifts! Such a lucky girl (and very happy Mum!) Xxxxx’. 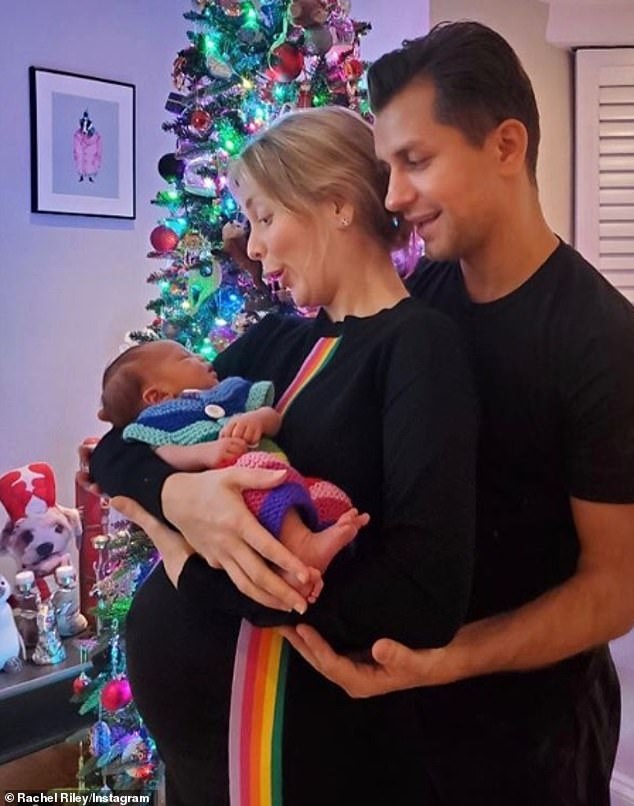 On Wednesday morning, she shared a number of sweet snaps of the couple gazing adoringly at their little girl, posing in front of their tree at home.

She wrote: ‘2 weeks after we were expecting her this little one finally made an appearance! Miss Maven (one who understands) Aria (lioness) Riley Kovaleva arrived on Sunday morning weighing in at 7lbs 4.

‘After keeping us waiting she came so quickly we didn’t have a chance to get to the hospital and was born in our bathroom with our amazing doula and wonderful St Mary’s midwives rushing over to be with us in to be nick of time!

‘She’s absolutely perfect and Pasha and I are in newborn bliss. Couldn’t be more in love ❤️❤️❤️❤️ #newborn #babygirl #maven #baby’. 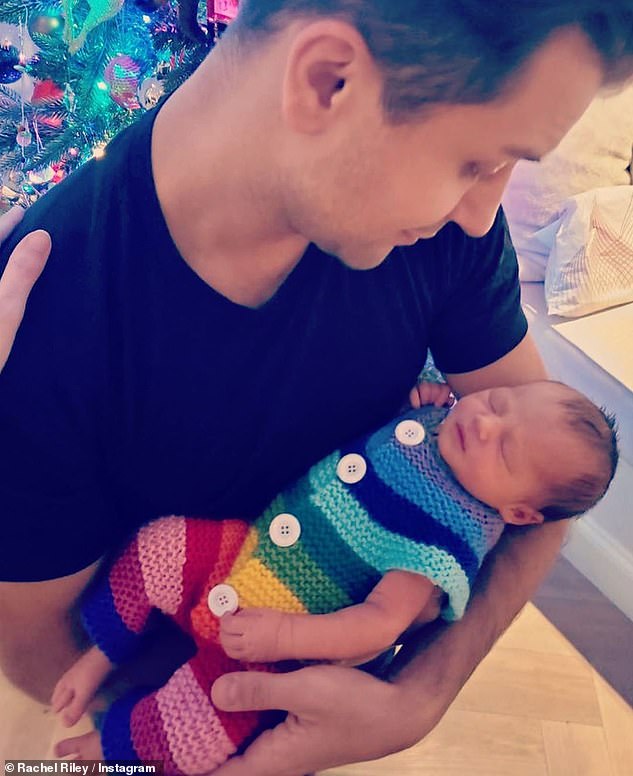 Rachel looks over the moon with their new arrival, who was clad in a multi-coloured knitted onesie. The babygrow matched the new mum’s own outfit – a simple black dress with a rainbow stripe running down the front.

The former Strictly pro, who left the show at the end of 2018 after eight series, and Rachel were congratulated by a number of stars from the BBC ballroom show.

Rachel and Pasha had opted not to learn the child’s gender before the birth, but hinted during an appearance on Celebrity Gogglebox they could be expecting a girl.

The numbers whizz joked she ‘couldn’t see a penis’ in the ultrasound. Rachel then told Pasha: ‘But they said it was too early so I might just be insulting our son.’ 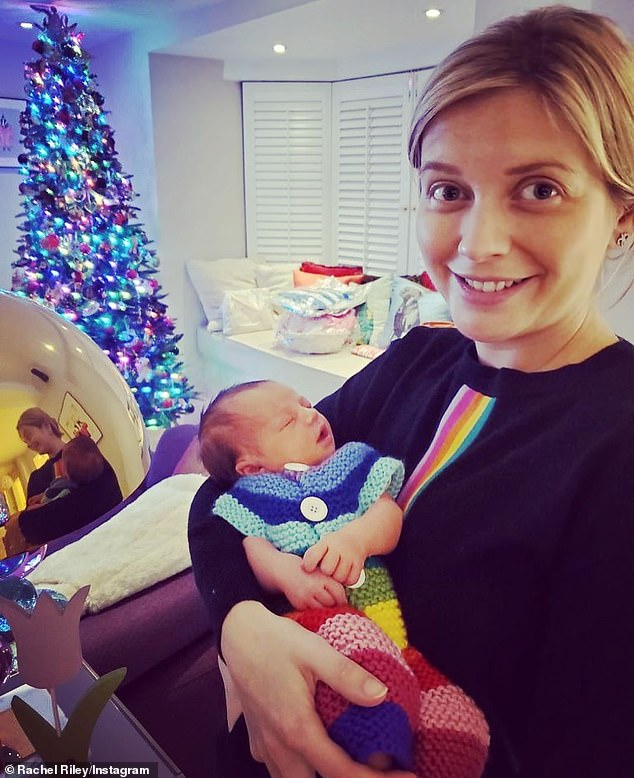 ‘Newborn bliss’: The new mum shared with her 429k followers, ‘2 weeks after we were expecting her this little one finally made an appearance!’