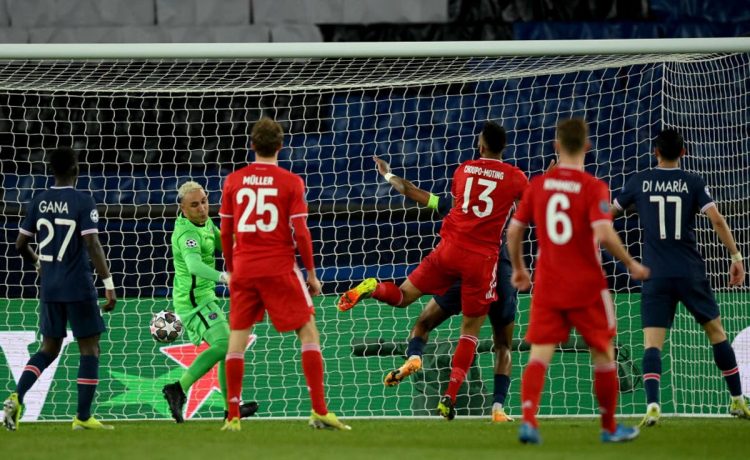 Paris Saint-Germain host Bayern Munich in the Champions League quarter-final second leg, with still everything to play for as the reigning champions seek a comeback.

A 3-2 victory for Mauricio Pochettino’s side in the first leg puts PSG firmly in control, with their away goals meaning Bayern need to score twice without reply as a minimum if they want to continue their defence of the trophy. Kylian Mbappe took centre stage once more in the snow in Bavaria, but they have it all to do once more if the Ligue 1 champions want to see off Hansi Flick’s side – who know how to win on the biggest of occasions.

At the weekend there were contrasting fortunes for the two clubs with PSG winning with ease while Bayern were frustrated by conceding a late goal to draw, but all the focus now is on the biggest prize in club football and a place in the last four.

The absence of Robert Lewandowski makes Bayern’s task more difficult, but there remain plenty of match-winners and goalscorers in the team – and the mindset of the PSG players in these biggest of games is not yet proven beyond all doubt, given their constant falling short in Europe in previous seasons.

Follow all the action live as PSG play Bayern Munich in the Champions League below.

60’: The game has slowed down a tad since that Diallo injury. Again, that may suit PSG, but they’re only leading on away goals.

58’: Neymar had his head in his hands there again, following Di Maria’s square pass across goal. He had started the move with an electrifying run from his own half.

55’: From the corner, PSG swung it out to Di Maria on the edge of the box, and the forward hit the long-range effort wide. Diallo is now down for PSG with a hamstring injury, and Bakker is set to come on.

53’: CLOSE! PSG have been close to scoring the perfect goal on at least two occasions now. Neymar glides away from Kimmich at the half-way line, finds Mbappe, who swings it across to Di Maria at the back post. He brings it down before superbly feinting inside Davies and squaring across goal, where Neymar is inches away from sliding in.

50’: Excellent from Neuer. Di Maria picks a pass through the Bayern defence and Mbappe looks to be in, but the keeper gets out with a trademark run and clears into touch.

48’: Miss! Neymar is immediately back involved following the restart. From a corner, Paredes scoops the ball over the Bayern defence but with the ball sitting up, Neymar volleys it over the ball.

47’: Chance! PSG fail to clear and the ball breaks to Alaba on the edge of the box. Gueye rushes out to block and the Austria tries to whip the ball around him, but it curls wide of the post.

46’: Neymar picks the ball up at half-way and had Mbappe bursting into open space, but Boateng steps across and stops the move with a firm challenge.

We’re back underway in Paris.

No changes at the break. A BIG 45 minutes coming up.