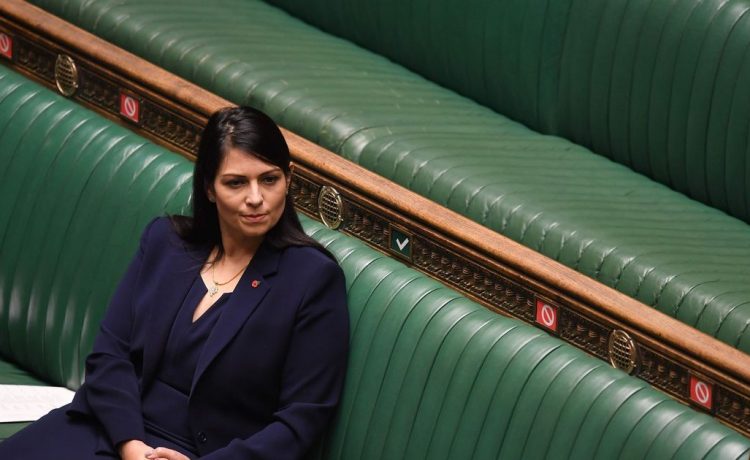 Priti Patel strikes you as the sort of boss who would deny you the time off to go to your parents’ funeral.

The kind of employer who would scream at you before you’ve hung up your coat in your 9 to 5 for not answering the phone at 11.45pm the night before.

Or agree one thing with you, then claim she’d sanctioned another.

Nothing about her demeanour – that sly, devious grin confirms so very much – suggests empathy, sincerity or support on any level except to smooth her own career path.

Everything about the government backing for her screams zero credibility on the issue of bullying – to go with all the other areas where they have a price.

To confirm, an inquiry found bullying allegations against Patel – across three government departments – to be proven.

Had you or I been in her position, we’d be gone.

Let us never hear from him or any of his hangers-on the next time a high-profile footballer or celebrity figure launches an anti-bullying campaign.

In the foreword to ministerial code which Johnson rewrote when he took office last year he clearly stated: “There must be no bullying and no harassment.”

Today those words are meaningless. The thing is, the man who hid in a fridge on the election campaign trail to escape questions from Good Morning Britain has never had any credibility anyway.

Sir Alex Allan, the man who investigated the Home Secretary, quit after Johnson decided he’d rather look an idiot than sack Patel.

Last Friday, a raft of Cabinet ministers torched any credibility they’d had by hurling themselves in front of the bullets heading her way.

None of it should ever have surprised us. Whether it is asylum seekers, the hostile environment or the Windrush generation, this Tory Government – aided by significant people around it – has always punched down.

Patel is the Home Secretary who preached about “taking personal responsibility” in the summer as she insisted she’d snitch on her neighbours for breaking the Rule of Six.

Johnson even delayed reading Allan’s report on her for months.

We’ve always known that the PM and his acolytes have always been hungry for power with zero idea of how to exercise the responsibility.

Now they’ve outdone themselves. Their attempt at a softer image by exiling Dominic Cummings is so unconvincing that Johnson and his Home Secretary will resemble a pantomime horse when they try to cosy up to new US president-elect Joe Biden and Kamala Harris.

As that damning report from Allan confirms – leopards do not change their spots.