Herd immunity was “absolutely not” the UK government’s initial plan to respond to coronavirus, Priti Patel has insisted, after Dominic Cummings said this had been the case and that ministers had repeatedly lied about it.

“Not at all, no. Absolutely not,” the home secretary told BBC1’s Andrew Marr Show when asked about the views of Boris Johnson’s former chief adviser, given via social media on Saturday.

Colleagues who were in top-level meetings on Covid at the start of the pandemic “will absolutely recognise that from the discussions that we had”, she added.

Patel’s view was supported by Dr Jenny Harries, who was deputy chief medical officer for England at the start of the pandemic. Harries now leads the test and trace programme, and is head of the UK Health Security Agency, the replacement for Public Health England.

Harries told the Marr show: “I can categorically say I have never been in any government meeting where herd immunity was put forward at that point of the pandemic as a mechanism of control.”

She did, however, add that she tended to not be in the top-level policy meetings that Cummings would have attended.

Ahead of a much-anticipated appearance next week before a Commons committee, Cummings used an ongoing Twitter thread giving his views about the response to Covid to insist that herd immunity had been the original proposal.

Herd immunity simply means enough people within a population gaining resistance to a virus such that it no longer spreads unchecked, and this can happen through vaccination. But Cummings’ contention was that ministers believed it should take place by enough people contracting Covid and getting natural immunity.

While Cummings, who was ousted from Downing Street in November last year, has himself been accused of backing the idea at the start of the pandemic, he said the media uncritically accepted assurances from Matt Hancock, the health secretary, that it was never considered as a strategy.

“Media generally abysmal on Covid but even I’ve been surprised by 1 thing: how many hacks have parroted Hancock’s line that ‘herd immunity wasn’t the plan’ when ‘herd immunity by Sep’ was *literally the official plan in all docs/graphs/meetings* until it was ditched,” he wrote.

Cummings added: “Yes the media is often incompetent but something deeper is at work: much of SW1 was happy to believe Hancock’s bullshit that ‘it’s not the plan’ *so they didn’t have to face the shocking truth*. Most political hacks believe in ‘the system’ …”

The idea of herd immunity was ditched in March last year, he wrote: “In week of 9/3, No10 was made aware by various people that the official plan wd lead to catastrophe. It was then replaced by Plan B. But how ‘herd immunity by Sep’ cd have been the plan until that week is a fundamental issue in the whole disaster.”

Asked about the tweets, Patel said: “I can’t speak for Mr Cummings and one individual.” She added: “I’m not going to comment on what Mr Cummings is going to say, or also what is being speculated about right now.

“We all remember the intensity of the pandemic when it hit last year, and the decisions that were undertaken in government, and by our prime minister, rightly so, collectively, he showed great leadership in very difficult times – closing the economy, locking the country down, big, big, unprecedented decisions that were based on data and evidence. And our strategy was always about protecting public health.”

Cummings gives evidence on Wednesday to the Commons health and science committees as part of its joint investigation into lessons that can be learned from the way Covid was handled in the UK.

In a now-42-part Twitter thread that was started on Monday, Cummings has also condemned the way lockdown was initially handled, and called the UK’s Covid borders policy a “joke”. 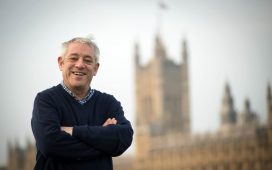