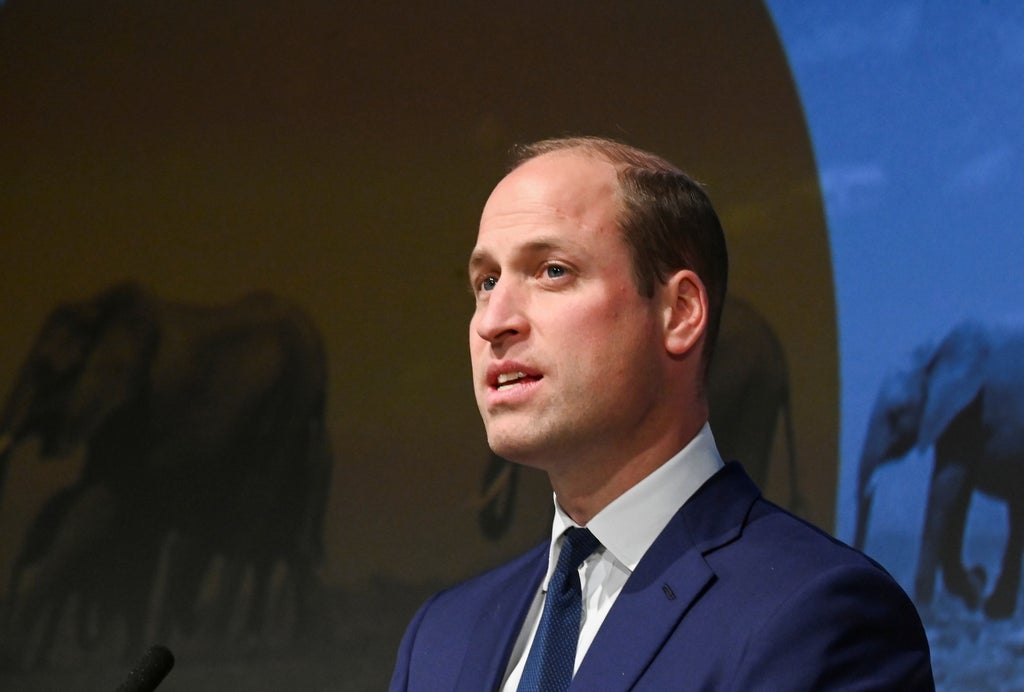 William visited Leeds to celebrate the resilient communities across the region who have come together to support those in need.

His first stop was a local hotel which is being used to accommodate refugees evacuated this autumn from Kabul after the Taliban took over.

He gave some reassurance to the families who had been forced to leave behind everything they knew and loved, sometimes with just hours or even minutes notice.

Prince William said: “The most important thing is that you are safe now. You have a bright future. You couldn’t be more welcome. Thank you for all you have done for us.”

The hotel has housed up to 175 people at any one time, often for weeks but sometimes for months, until they can find permanent accommodation.

The local authority, community organisations and charities have all helped with sorting out everything from schools and nurseries to days out, fitness classes, clothes and toys.

The prince  – who was greeted by resounding cheers and applause from the refugees – sat down with two families who escaped Kabul in September to come to the UK.

But first there was praise from Hussain Saeedi Samangan, who worked as a former political secretary at the British Embassy in Kabul.

He heaped on praise for the press who helped former Afghan interpreters get a safe relocation to the UK.

Mr Samangan was accompanied by his wife Masooma, 31, as well as sons Daniel, 10, and Arian, one.

He told the prince their escape from Kabul had been difficult as were their initial experiences in their quarantine hotel in the UK.

But he said he felt very welcomed in Yorkshire and the family were optimistic off a “bright, exciting future” in the UK.

“We didn’t think Kabul would fall,” he explained. “It took everyone by surprise. You will have seen for yourself what it was like in the media. We had some very traumatic moments before the evacuation.

“But we lucky to receive the help the British government were giving in getting us to the airport, compared to others who spent many hours at the gate. So we had smoother path to get here.”

William asked whether they thought the “new” Taliban would be a different regime.

Shaking his head, he said firmly: “No. We know what the Taliban wants, we know they have not changed and that we couldn’t trust them.”

The prince was keen to know how their resettlement had been so far.

“Is it getting easier for you? I must imagine that it must  be traumatic starting a new life,” he said.

“Yes, now starting everything from scratch is daunting,” he said.

“But we are an open family, me and my partner are very positive that we are going to have a brighter future here.

“So if you ask how our experience over the past three and a half months in the UK has been, the second part has been the most exciting we have ever had in our lives. We are settling in well, we are making friends. Daniel said to me this morning he had made 11 friends at school.”

“Eleven friends?” interjected William. “You have more than I have Daniel.”

“And he has got a letter for you that he has put the names of his friends in,” Daniel’s father replied, leaving the royal looking moved.

“We are making friends, I have started college and my wife is going to school learning English.”