Prince Philip death: What was his relationship like with his children? 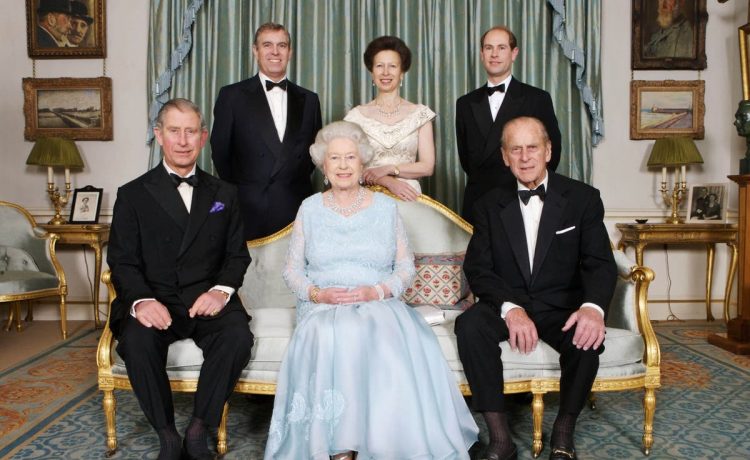 When it comes to the Duke of Edinburgh, far more is known about his official duties as a working member of the royal family than his personal relationships.

That said, there are reports that indicate the late Prince Philip, who died on Friday 9 April at the age of 99, had unique relationships with each of his four children.

The Duke’s children with Queen Elizabeth II include: the Prince of Wales, 72, the Princess Royal, 70, the Duke of York, 61, and the Earl of Wessex, 57.

As the UK enters into a state of mourning following his death, here’s everything you need to know about Prince Philip’s relationship with each of his children.

Prince Philip is said to have had a good relationship with his eldest child, Prince Charles, however, he previously spoke about how different they were.

In a 2016 interview with royal biographer Gyles Brandreth, the Duke said: “Charles is a romantic – and I am a pragmatist.

“That means we do see things differently and because I don’t see things as a romantic would, I am unfeeling.”

In the 1988 book, Charles, by royal biographer Penny Junor, she wrote about how the father and son had a strained relationship when the Prince of Wales was young, writing that Philip “had a very difficult relationship with Charles”.

Junor added: “They didn’t speak to each other as normal father and son.”

Meanwhile, in the documentary, Prince Philip – A King Among Princes, royal correspondent Robert Johnson described Prince Charles as a “handicap” to his father because he didn’t have any “serious role models when growing up”.

“And the fact that he wasn’t able to make more of a go of his marriage to Princess Diana was at least as much his son’s fault as his daughter-in-law’s.”

However, Charles was one of the first members of the royal family to be seen visiting his father when he went to hospital last month for treatment for a pre-existing heart condition, which would suggest that the two have grown closer in recent years.

The Princess Royal is said to have had a special bond with the Duke of Edinburgh.

The two shared a love of sports and horse riding and are said to have had much in common in terms of their temperaments.

“She was up for anything, so Philip and Anne really have always shared a lovely relationship,” she added. “She’s no nonsense, she’s very much like her father in that regard and Anne just gets on with it.”

Speaking in a pre-recorded BBC interview that aired on Friday 9 April about her relationship with her father, Anne said: “He treated everybody as an individual and gave them the respect that he felt they were due as individuals.

“As you grew older, there was a lot of talking to you about the things he had done, so you became aware of what else was going on and the things he’d been doing.

“But there was a huge amount of encouragement to do things and quite a lot of leeway of pushing your own boundaries, which is probably not given to many nowadays, I have to say.”

When asked how she will remember him, Anne said: “I think I will best remember him as always being there.

“And a person you could bounce off ideas, but if you were having problems you could always go to him and know that he would listen and try to help.”

In a separate interview given to ITV, Anne said that life without her father “will be completely different”.

She continued: “But from society’s perspective he was able to keep pace with the kind of technological changes that have such an impact… but above all that it’s not about the technology it’s about the people.”

Prince Philip is known to have a somewhat strained relationship with his second eldest son, Prince Andrew.

In the 1990s, when the Duke was asked in an interview what he thought of Andrew’s divorce from Sarah Ferguson.

“Everything I have worked for 40 years has been in vain,” he said, according to Town & Country.

The Prince is said to have strongly disapproved of his son’s friendship with convicted sex offender Jeffrey Epstein, which the Duke of York addressed in a disastrous interview on Newsnight in 2019.

In light of this, it was reported last year that Prince Andrew would not be invited to Prince Philip’s 100th birthday celebrations.

That said, Prince Andrew still seems to have huge respect for his father, as he made apparent in a pre-recorded interview for the BBC that aired on Friday, explaining that he used to read to them when they were children.

“Like any other family at the time, your parents went out to work in the day,” the Duke said.

“But in the evening, just the same as any other family, we would get together, we would sit on the sofa as a group and he would read to us.”

Prince Philip is said to have had a strong bond with his youngest child, Prince Edward.

For example, the Earl of Wessex has often spoken out in support of his father and his public image.

Speaking to ITV News to share some of his favourite memories in a pre-recorded interview that aired on Friday, Edward said that his father was frequently unfairly depicted in the media.

“The public image that certain parts of the media would portray was always an unfair depiction,” he said.

“He used to give them as good as he got and always in a very entertaining way. He was always able to manage interviews and say things that the rest of us always dreamed we could say. He was brilliant. Always absolutely brilliant.”

Edward went on to praise his father’s “wonderful sense of humor” and the charity work that he did.

However, he explained that he will remember him for his contribution to their family above all else, an indication of their close bond.

“I’ll remember my father in a number of ways,” he said. “For what he has done in his public life for all the organisations he has supported and influenced and obviously as my father and husband to my mother and all the work that he has done there and as a family we will remember that more than anything else.”

READ  ‘It gets competitive at jigsaw time’: Christmas with my ex-boyfriends
Share on FacebookShare on TwitterShare on PinterestShare on Reddit
newsgrooveApril 10, 2021

How we stay together: ‘It’s like the bow on a present or the icing on a cake’

Tell us: what are your bad habits, and have they become worse during lockdown?

Hankering for a hug? Here’s a guide to post-lockdown greetings

Bennifer 2.0: why rumours about Ben Affleck and Jennifer Lopez are catnip for romantics