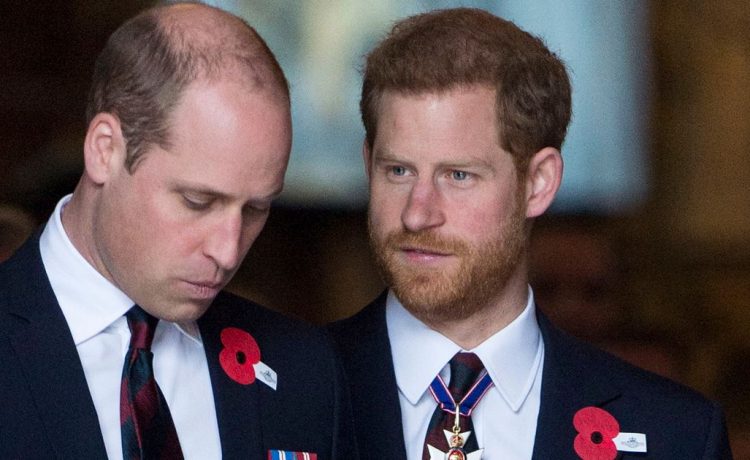 The Queen Mother was close with her great-grandchildren and left Prince Harry more inheritance than she did to Prince William.

The royal, who died 19 years ago today in 2002 aged 101, put a large chunk of her money into a trust fund to be split between all her great-grandchildren.

When she passed away, the brothers had £14million to split between them but with the agreement the Duke of Sussex would get a better deal, The Mirror reports.

The logic behind the Queen Mother’s decision is based on how finances within the royal family work.

When the Queen dies and Prince Charles becomes king, William will become the new Prince of Wales.

This means he will take on the Duchy of Cornwall, a private estate which funds the public, charitable and private activities of the heir to the throne.

Prince Harry on the other hand, won’t get any of this.

The cash, along with the inheritance he got from his mum, Princess Diana, have helped him start his new life in the US with Meghan Markle after they quit the royal family last year.

But years of clever investments by royal advisors meant this had swelled to more than £20million by the time it came back to Harry and William when they were old enough. The cash was split evenly between them.

After the Queen Mother’s death, Buckingham Palace released an outline of her will after going through the high court to try and keep it private.

Her estate, which was valued at between £50m and £70m at the time, was passed onto her daughter the Queen. Her majesty did not have to pay inheritance on the fortune.

Many items from the Queen’s private art collection were given to the royal collection and went on display at the Palace.

A statement released at the time read: “Queen Elizabeth The Queen Mother has bequeathed her entire estate (which mainly comprises the contents of her houses) to The Queen.

“In her will, she asked The Queen to make certain bequests to members of her staff, and these bequests will be subject to Inheritance Tax in the normal way.

“The Queen has decided that the most important of Queen Elizabeth’s pictures and works of art should be transferred to the Royal Collection.

“Some of these items, including works by Monet, Nash and Carl Fabergé, from Queen Elizabeth’s collection will be on display in the ‘Royal Treasures’ exhibition, which is due to open at the new Queen’s Gallery, Buckingham Palace, on 22 May.”

Harry spoke about his inheritance during his interview with Oprah Winfrey.

After claiming he had been cut off financially by the royal family after quitting, he said he, Meghan and Archie had relied on that money.

He said: “I have what my mum left me and without that we wouldn’t have been able to do this,” he said of his relocation to Los Angeles.

“It’s like she saw it coming and she’s been with us through this whole process.”