Primates imported to UK for laboratory experiments triple in a year to 6,752 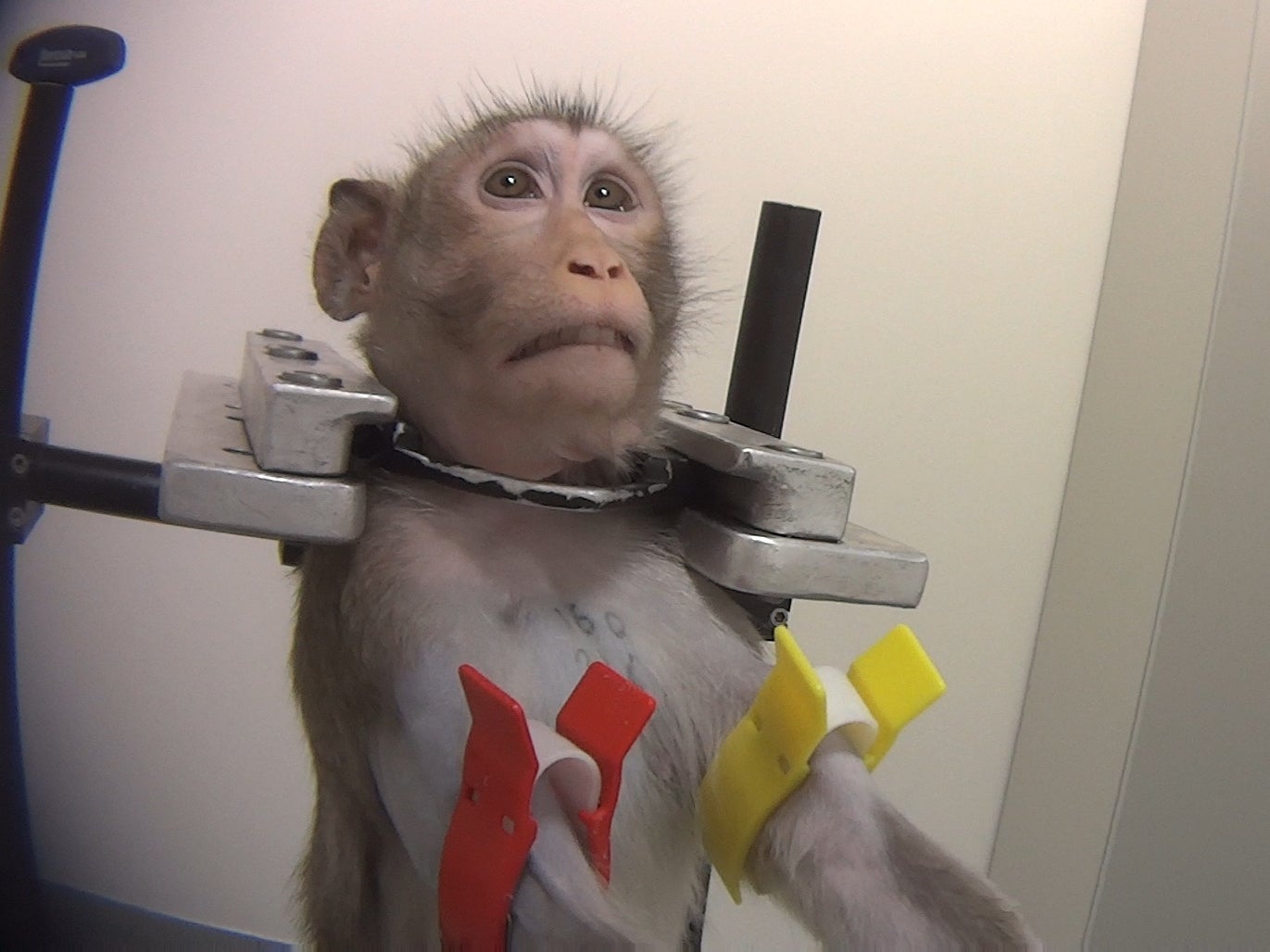 The number of primates imported into the UK for laboratory animal experiments has nearly tripled in a year to more than 6,700, figures show.

Experts warned the steep rise risks spreading diseases that could be fatal to humans. Monkeys can pass viruses including avian flu, Sars and vCJD to people.

Authorities handed out permits last year for an “unusually high” 6,752 monkeys to be flown in and sent to laboratories, where chemicals or drugs would be tested on them. Primate-welfare workers are demanding to know why numbers shot up.

The animals – long-tailed macaques – were mostly from Mauritius (6,120), and another 632 were flown in from Vietnam.

The figures are based on permits issued by the government-run Animal and Plant Health Agency (APHA), but activists say that more primates may also have been imported for lab tests from within the EU, where there are several primate-breeding companies, but the agency does not have to record them.

Britain has banned tests on wild primates but still allows them to be brought in and sold as pets and allows their offspring to be imported for research.

In 2018 – the most recent data available – the number of experiments on primates in the UK rose by 8 per cent, to 3,170. Most of these – 2,900 – were carried out on long-tailed macaques, of which four-fifths were testing the toxicity of chemicals or drugs.

Sarah Kite, of Action for Primates (AfP), said the level of imports was unusually high, calling for the APHA to provide reasons for the sudden increase.

In 2018, 2,666 long-tailed macaques were imported to the UK from Mauritius and Vietnam, Cites data shows. In 2017, it was about 1,000. But last year, APHA permits were given for 6,790 primate imports, including 38 brought in for “breeding”. Of these, 25 were squirrel monkeys and seven black lion tamarin monkeys.

“The UK has, over the years, continued to perpetuate a trade that centres on the cruel trapping of wild animals,” said Ms Kite.

Importing the offspring of wild animals for tests helps fund the capture of monkeys from their habitats, AfP says.

“The capture of wild monkeys inflicts significant suffering and distress. Primates are highly social animals, and trapping and removing them from their habitats, families and social groups is cruel. It can also result in injuries or even death,” she said.

Globally, the long-tailed macaque is the most heavily traded primate and the most widely used in research. Experiments on them to assess their reactions to drugs or chemicals involve restraining the animals and injecting them with the drugs or force-feeding them through a tube down to the stomach.

The black lion tamarin, native to Sao Paulo in Brazil, is officially endangered.

Permits last for six months so some of the 6,790 animals may have been imported this year.

Monkeys bought for breeding will have gone to zoos or the pet trade, it is believed, after previous surveys found thousands of primates are kept as pets in the UK.

Ms Kite also warned of the disease risk, pointing out that the US banned imports of primates for the pet trade as long ago as 1975 because of the risk of disease.

The US Centres for Disease Control and Prevention states: “Non-human primates may carry infectious diseases that are dangerous and sometimes fatal to humans.”

It says they include Ebola, yellow fever, monkeypox and “other diseases not yet known or identified”. Last year a case of monkeypox was found in southwest England.

China has long been the key supplier of macaques for international research but the country’s ban on the trade and transport of wild animals following the coronavirus outbreak, along with the USA-China trade war, has effectively ended its trade, prompting countries such as the US to look for other sources for lab monkeys.

Africa and Mauritius are the next biggest suppliers of long-tailed macaques for research. But hundreds of primates are also captured each year from tropical rainforests in South America.

Action for Primates is part of the Campaign to End Wildlife Trade, a coalition calling on the UK government to fight for a global ban in wildlife trade at the G20 meeting in November and to end the import and export of wild animals into the UK.

The Independent’s Stop The Wildlife Trade campaign was launched by its proprietor Evgeny Lebedev to call for an end to high-risk wildlife markets and for an international effort to regulate the illegal trade in wild animals to reduce our risk of future pandemics.

A government spokesperson said: “The UK has one of the most comprehensive animal welfare systems in the world, and we are committed to the proper regulation of the use of animals in scientific research.

“All research must implement the 3Rs – replacement, reduction and refinement – which require that animals are replaced with non-animal alternatives wherever possible and the number of animals used is reduced to the minimum needed to achieve the results sought.

“For those animals which must be used, procedures are refined as much as possible to minimise their suffering.”