According to the London Stock Exchange, the group’s shares were halted
due to an erroneous trade. Notably, the stock had fallen 15 percent before
trading was suspended.

In a first-half trading update ABF said 20 per cent of its retail space
was now closed due to government measures in France, Spain and Austria to
limit the spread of coronavirus.

Trading in Associated British Foods shares was suspended at 9 am after
they inexplicably fell by 100 percent to 0.01 pence, reports Sky News.
Analysts cited by the television channel said could have been because a
trader hit the wrong button on their computer.

It’s worth recalling that earlier today, during their trading update,
Primark announced the closure of stores in France, Spain, and Austria
following their respective governments’ measures to deter the spread of
coronavirus. Per ABF’s statement, those stores make up a fifth of their
commercial network and “currently generate 30 percent of Primark’s sales.
From the date of this announcement, we had expected sales of 190 million
pounds from these stores over the next four weeks.”

“The remainder of the estate, including the UK which represents 41
percent of sales, has seen like-for-like sales decline over the last two
weeks and these have accelerated over the past few days as a result of
reduced footfall” concluded the retailer.

Fake tan wipes are the simplest way to get a glow, these are the best ones

Hey, At Least Colton Underwood and Cassie Randolph Are Still Together 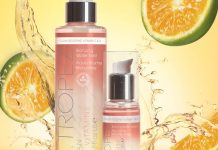 This new self tan is quite literally sunshine in a bottle

At The North Face, innovation and conservation go hand in hand

Make it British trade show postponed due to coronavirus