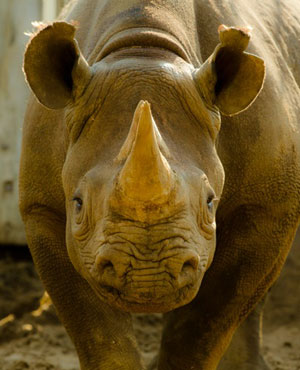 The Pretoria Zoo has bid a sad farewell to 26-year-old black rhino Mbani who died on Monday morning.

The zoo shared the news in a statement on the National Zoological Garden’s Facebook page.

“Mbani died from an acute case of cholic that struck him down this morning. It did not appear to be a chronic condition,” it shared.

“The zoo’s veterinarians were with him at the time of his death and did all they could to assist him”.

Visitors also expressed their condolences for Mbani, sharing memories of when he was a calf.

One person commented: “We’ll miss him. I still remember when he was small playing with a ball and made everyone laugh because he was so cute. RIP, boy, you were just a year older than me, but I will cherish the times I saw you each time when I went there to look at you.”

Another commended the efforts of the zookeepers: “A loss for the team who were so dedicated to his well-being.”

According to the World Wildlife Fund, black rhinos are critically endangered due to poaching, with the number of rhinos thought to be between 5 042 and 5 455.