Premiership Rugby Cup: This season's competition cancelled because of Covid-19 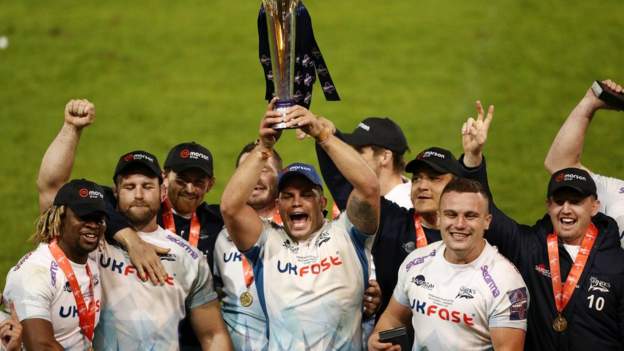 This season’s Premiership Rugby Cup has been scrapped because of continuing concerns about the Covid-19 pandemic.

This year’s competition, which was set to be used as a development tournament, was scheduled to start in April, with games being played in midweek.

New rules meant clubs would not have been permitted to use players in the cup competition who had played 20 minutes or more in their previous game.

The game had originally been scheduled to take place on Sunday, 15 March 2020 but was postponed two days beforehand when a member of staff from one of the clubs showed symptoms of coronavirus.

In October last year it was decided that this season’s competition would be “development focused” because of the shortened season.

However, Premiership Rugby said in a statement: “It was clear that in this unique season it would not be possible to add additional players to playing squads and properly prepare them for competition without compromising the clubs’ Covid-19 training bubble which everyone has fought so hard to protect.

“In the light of these player welfare and competition integrity concerns the cup cannot proceed this season.”