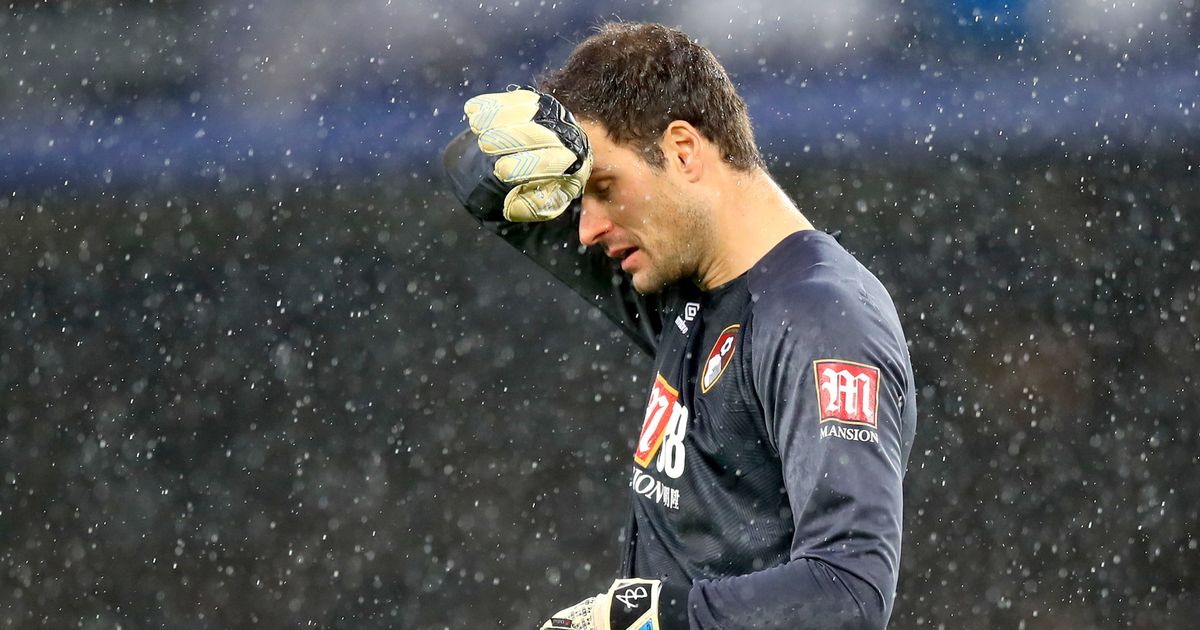 Bosnian goalkeeper Asmir Begovic said he finds atmospheres at football matches in England so toxic that he won’t allow his children to attend.

Begovic has been playing in the country since 2005, representing the likes of Portsmouth, Stoke, Chelsea and now Bournemouth .

But despite the long amount of time he has spent as a professional he said he still cannot get used to the amount of vitriol which is present in the stands.

Speaking to The Athletic Begovic said: “At most sporting events, 50,000 people aren’t calling the referee a f*cking w*nker.

“It’s such a unique thing [to football]. I watch all other sports and yeah, there’s plenty of heckling. In football, there are thousands of people coming together to call one person a name.

“I find football atmospheres vile. I don’t take my kids to games. I don’t go to games myself unless I have a friend to watch or support but even then, I don’t sit with fans.”

Begovic said a bad experience during one match which he was taking part in convinced him to never let his children come to see him play again.

He added: “I have two kids. The language that people use, the abuse that people give; they went to one match and my daughter was asking questions like, ‘Daddy, why is this guy calling you names?’. They hear it when they get to an age, and I thought, ‘No. I’m not doing this anymore.”

Begovic also condemned the attempted car-jacking incident suffered by Arsenal duo Mesut Ozil and Sead Kolasinac , linking it to part of the culture of abuse in the sport.

“It was shocking,” he said of the assault. “You can’t even go in the street anymore. You drive your car and you’re looking behind your back.

“I don’t know what the cure is (for abuse in general). It’s like one of those questions: ‘How do we cure cancer?’. I don’t know. Can we just change the culture in games, can we not abuse the referee?”