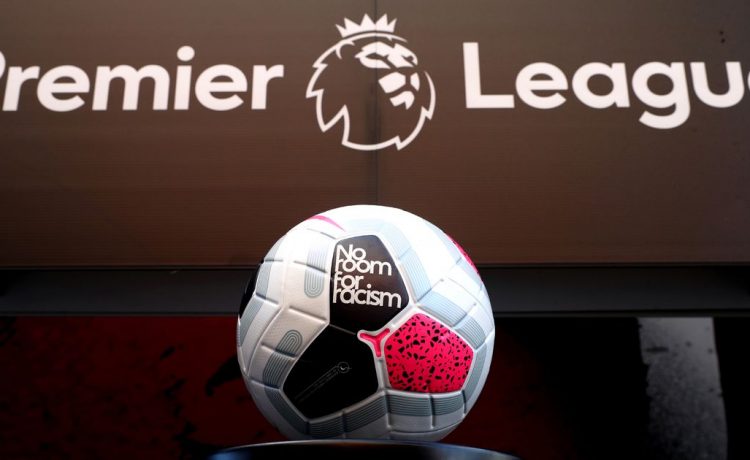 It’s time to get tough on the Covidiots who soil football’s image by flouting lockdown rules.

With games being called off, and clubs having to field under-strength teams because of Covid outbreaks, it looks terrible when pictures emerge of Premier League players enjoying social gatherings in blatant breach of the regulations.

If clubs are not going to crack down hard on the rule-breakers, the Premier League and FA need to step in and grasp the nettle.

And the punishments should be quite clear: Automatic three-match bans for breaking the Covid laws, and points deductions for repeat offenders.

In these unprecedented times, Premier League footballers should be among the most grateful, thankful people on the planet.

They are still able to do the job they love, they get tested twice a week, they are in bio-secure bubbles which are as safe as any workplace and they are getting paid handsomely.

No furlough, no redundancy, no worrying about where the next pay cheque is coming from, no worries about paying the next bill.

On top of that, they are not subject to the isolation and prolonged agony of separation currently inflicted on most of the country.

They are among friends in the changing room. Sure, their lives have changed, and playing behind closed doors is different, but they are privileged.

Frankly, at a time when hundreds of people are dying and millions are not allowed to see their loved ones, players who break the rules are an insult to the game.

I am not going to point fingers at individuals or name names. We know who they are.

But these people are supposed to be role models. Earning millions of pounds every year doesn’t make them exempt from basic rules of public health.

Trotting out an apology, or taking a club fine as a slap on the wrist, doesn’t make it all right.

Managers are not going to cut off their own noses to spite their faces and drop players who are pictured at parties or dinners outside their households or bubbles if they test negative for coronavirus.

So it’s time for the Premier League and the FA to act.

From now on, any player caught flouting Covid regulations should be automatically be banned for three games. If a bad tackle is worth a three-match suspension, surely dicing with a pandemic must be worth at least the same punishment?

And if any player is caught a second time, his club should be deducted points. The Covidiots would soon think twice if they cost their own team-mates relegation or a place in the Champions League.

READ  Beaten Ruiz wants Joshua rematch but others ahead in line

Do you agree that much stricter measures are needed? Have your say in the comments.

Footballers have a responsibility – to themselves, their families, colleagues and supporters who can’t attend games.

What must NHS workers, already stretched to the limit, think when they see footballers posting pictures of their happy little gatherings on social media?

Look at us, we’re breaking the law!

Well, I hope you had a nice dinner, but people are dying – and if everyone did as they pleased, there would be no stopping this horrible virus.

As a volunteer coach at grass roots level, I’ve had to cancel games because boys were not allowed to travel out of Tier 4 areas – literally half a mile between one tier and another – to comply with the laws.

I’ve got kids who don’t know when they will be allowed to train together or play football again.

When they see Premier League stars breaking the rules, my grass roots kids ask why they can’t play.

If I bent or broke the rules, I would get hammered for it. Absolutely slaughtered on social media.

So why can’t these role model professionals stay within the regulations?

Apart from elite sport, almost every aspect of our social lives has been shut down again: Cinemas, theatres, clubs, restaurants, pubs, cafes, concert halls, everything.

If players are going to ignore what is right, dealing with the Covid law-breakers should be taken out of clubs’ hands and it’s over to you at the Premier League and FA.

Wake up – this pandemic is a national emergency.