Liverpool and Wolves dominate a list of Premier League players to clock up the most minutes across all competitions this season.

It’s no real surprise that either club are top of the charts for workload, given their exploits in continental competitions.

Wolves started their Europa League campaign back in July, while Liverpool have had the added focus of the Super Cup final and Club World Cup in their schedules.

And current Wolves skipper and former Red Conor Coady is the standout performer, playing every minute of his club’s season bar their involvement in the Carabao Cup.

Coady, 26, has racked up an impressive 3,510 minutes in total since his first appearance of the season.

That came against Northern Irish outfit Crusaders in the second qualifying round first leg of the Europa League back on July 25.

The only non-Wolves player to breach the top five is Liverpool’s Virgil van Dijk, who has also been involved in all of his sides Premier League and Champions League ties, as well as the Super and Club World Cup finals’.

Both clubs make up a fair amount of the rest of the top 20, contributing a further seven players – 12 in total.

Top 20 players by minutes played in all competitions

Sports quiz: what are the stories behind these iconic photos?

Sadio Mane: Made in Senegal – five things we learned from the documentary 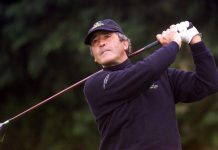