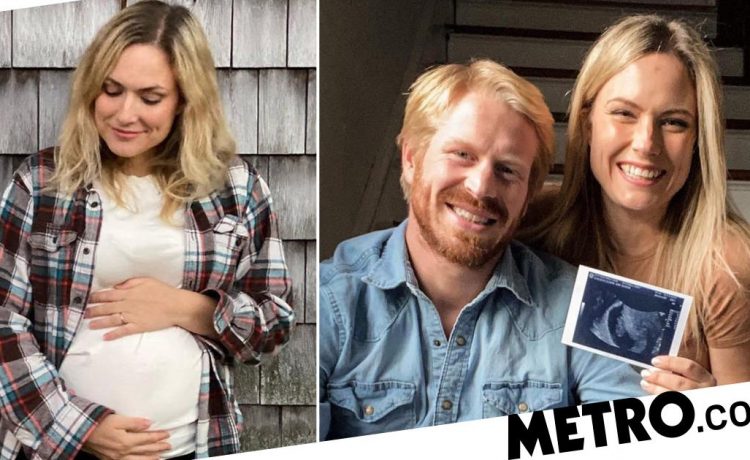 Emily Mitchell, a popular influencer who ran the blog The Hidden Way, has died suddenly at the age of 36.

Pregnant with her fifth child, the Instagrammer – who boasted 107,000 followers – and blogger died in the days leading up to Christmas.

A GoFundMe set up in order to raise money for Emily’s husband Joseph and their four children Finn, Isla, Edie and Lulu revealed the sad news this week.

Mitchell, who lived in Rhode Island, died on the morning of December 22, according to the page – which has so far raised more than $147,000 (£107k) -after she ‘suddenly became unresponsive’.

Her cause of death has not been publicly revealed, however a friend on social media shared on Stories, according to reports: ‘Em was having her morning coffee and toast when she suddenly became unresponsive […] The doctors are still working on answers for her family.’

The fundraiser page explained: ‘Our hearts are broken and her joyful presence will be greatly missed by so many.

‘Em made a big impact in so many people’s lives, and this loss is incomprehensible for anyone who knew her. Our friend was a dedicated mom and wife, she had a heart for the Lord, and loved her children so dearly.’

It went on: ‘We are confident Em is now in perfect fellowship with God.’

An online obituary described the online star as ‘a devoted wife and incredible mother to her four children’.

Mitchell was best known for creating The Hidden Way page and blog, which documented her faith and family life.

In November Mitchell revealed she was expecting her fifth child, sharing a snap of the expectant mum holding up a sonogram alongside her husband.

‘Who guessed the secret?!!! you’ve probably noticed I’ve been a little MIA..welp this be the reason lol Number FIVE comin in hot and we are here for it 11 weeks 2 days and counting.’

Earlier this month Mitchell, who had been keeping followers up to do date with her excitement at welcoming another baby, shared with followers she would be undergoing her fifth caesarean.

She wrote: ‘This will be my FIFTH C-Section. However your baby gets here, just know YOUR EXPERIENCE is valid and worthy.

‘YOU are no less a mother if you needed emergency medical intervention, had a planned c-section, or an epidural. You aren’t a ‘better’ mother if you had a home birth or an unmedicated vaginal birth.

‘And if you grew your brood through adoption or surrogacy or family blending? Those are YOUR babies and YOU SIT PROUDLY at the table of motherhood.⁣’