‘Pregnancy is another selling point’: the rise of the celebrity baby bump reveal


On Sunday night, Cardi B announced her pregnancy in typically show-stopping fashion: on stage. At the BET awards in Los Angeles, during a performance with her husband, Offset’s band, Migos, the rapper appeared in a rhinestone-encrusted bodysuit with a bulging baby bump. On Instagram, she posted a profile photo of herself cradling the bump, with only a white plaster cast on her body, captioned with the simple hashtag #2.

This heightened, performance-based celebrity baby bump reveal has been normalised in recent years. It’s a strange, “breaking the internet” moment where commerce and the personal collide. “The boundary between the fan and the celebrity has become much more permeable due to social media,” says fashion lecturer Liza Betts. “It would make sense when the distinctions between the public/private and fan/celebrity relationship are becoming more blurred that something as private as pregnancy will be shared.”

When Beyoncé ended a performance of Love on Top at the 2011 MTV awards (a year after Instagram launched) by unbuttoning her purple sequin tuxedo to show her pregnant belly, it was a watershed moment for this type of discourse between a celebrity and the public. For the notoriously private Beyoncé, it was a way, pre-Beyhive, to connect intimately with her fans. It also put Love on Top, which was beloved by the singer but had underperformed commercially, back into the conversation. It was significant that the singer’s outfit – a tuxedo, a hugely gendered garment – had been chosen for this very feminine moment. It’s interesting to compare this with her 2017 pregnancy reveal on Instagram: after the revelations of infidelity on her album Lemonade, that time the singer revealed her bump dressed in a veil and surrounded by flowers. It felt grownup, more feminine and like a rebirth.

The longer-term effect was the most significant. When pregnancy and the pregnant body are still stigmatised in popular culture (and still the subject of horror films, 50 years after Rosemary’s Baby), Beyoncé made the (black) pregnant body an object of admiration and desire. One has to think back to Neneh Cherry’s now legendary performance of Buffalo Stance on Top of the Pops in 1988 – dressed in a copper lamé bomber jacket, a bustier and huge gold medallion, with her pregnant belly wrapped in a Lycra skirt (and the TOTP cameraman seemingly hesitant to shoot her from below the midsection) – to find another moment where strength and female power were visually codified with pregnancy. Cardi B very much took on Cherry’s mantle: as a rapper bringing an ultra-feminine experience into a traditionally male space.

Through Love on Top, Beyoncé normalised the baby reveal for celebrities. Katy Perry revealed hers in the video for Daisies, dressed in white, shot in a home-movie style. Others, such as Nicki Minaj and Grimes, have posted to Instagram in poses evoking Demi Moore’s 1991 Vanity Fair cover. The nude photograph, by Annie Leibovitz was, like Beyoncé’s moment, an open door for others to go through. As Moore recently told Naomi Campbell: “I understand what impact it had on the world, on women, on our permission to embrace ourselves in a pregnant state.”

But Betts believes there is a darker side: “We are led to believe it is possible to have it all, to have a successful career and be a good mother, raise successful, happy children,” she says. “Pregnancy, motherhood, and fertility are seen as another selling point.”

And yet, despite the nature of the pregnancy reveal changing, Cardi B’s performance proved that the importance of embracing a pregnant state is still significant for women everywhere. 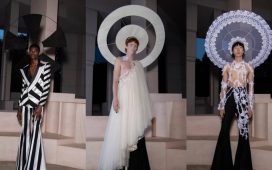 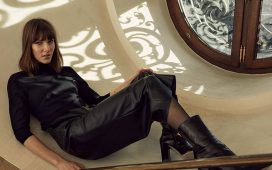 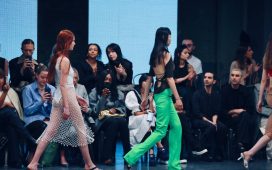 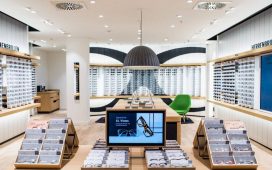