A reader tries to predict the hits and misses of 2022, but will the likes of Gotham Knights and Hogwarts Legacy really end up in the bargain bin?

I’m beginning to lose count of the amount of supposed games due for release in 2022. As far as I can recall, due for release is Horizon Forbidden West, God Of War Ragnarök, Elden Ring, Zelda: Breath Of The Wild 2, Gotham Knights, Suicide Squad, Hogwarts Legacy, Starfield, Dying Light 2, and probably about a thousand more I missed out.

With that in mind there’s bound to be some surprise flops heading for the bargain bin. Here’s a few reasons why I think some might fail and why others are bound to succeed.

Dying Light 2 probably doesn’t need as many sales as others to be considered a hit, since I believe it’s from a smaller studio. I’m kind of intrigued to see how this is received. I’ve picked up the first game in anticipation of playing this at some point. However, with it coming in February, which is already packed, and so near to Christmas, when folks will have empty pockets, to me suggests it won’t be long before a big discount.

As a big fan of the Batman: Arkham series I should be excited by the upcoming Gotham Knights game. However, so far I can’t muster any interest. I might end up eating my words, but I wouldn’t be surprised if it ended up as a live service type game in the style of last year’s Avengers game. I predict a flop.

Following the same trend is Suicide Squad. Again, as a fan of the Arkham games by Rocksteady I should be on board with this. But again, I’m struggling to muster much enthusiasm. I might be wrong, but it looks like it caters more for online multiplayer rather than single-player and I think this could be a mistake. I can see it underperforming.

I’m going to go out on a limb and say that Hogwarts Legacy will be an unexpected flop. J. K. Rowling’s stock has dropped in recent years and this might affect Harry Potter fans supporting the game. With so many other games this year people might not have the time for a large open world role-playing. That is if it still releases in 2022, as I believe it’s been a while since there was any footage shown.

Lastly, I’m going to make a prediction that might seem out there but bear with me, I think Horizon Forbidden West might just be the surprise underperformer of the year. Don’t get me wrong, I don’t think it will be a massive flop but I think coming so close to Xmas and the January sales, along with a hefty £60-70 price tag, could mean less sales than Sony would hope.

From my understanding the first game, although it did well, isn’t as big as other Sony exclusives and potentially some gamers might be waiting for God Of War Ragnarök. I’m on the fence about Horizon Forbidden West since I couldn’t get into the first. To others who are undecided I reckon it’ll be in the summer sales at 40% off.

Finally, I think that a few games are sure fire hits. God Of War Ragnarök is certainly a game that I’m looking forward to and I’m sure many others will feel the same. This can’t be anything other than a hit, right? It’s been pretty quiet for Switch owners of late, other than Metroid Dread, which means I think the intended releases for this year will all be successful, especially Breath Of The Wild 2 – which is my most anticipated game of the year.

I also think Elden Ring is shaping up to be a sure fire success. I’m sure in terms of sales it won’t be breaking any records, but it seems Bandai Namco/FromSoftware seem to know their intended audience and this will either achieve or surpass their expected figures.


MORE : Best mobile games of 2021 on iOS and Android – Mini Motorways to World Of Demons 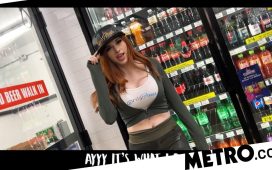 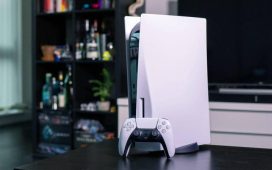 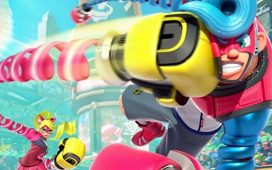