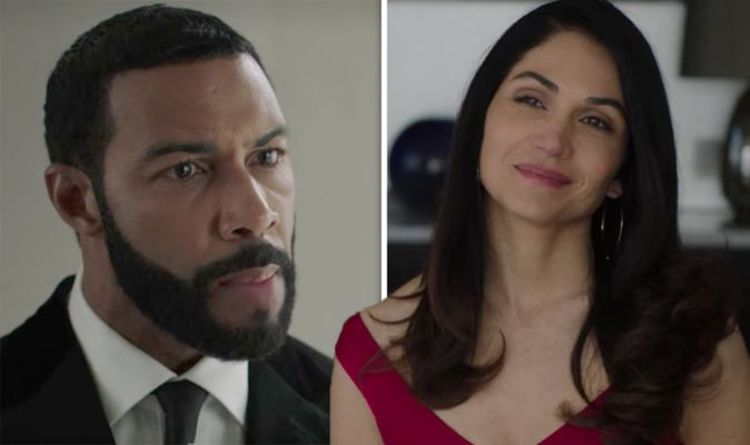 The season five finale of Power saw Ghost (played by Omari Hardwick) left devastated when his lover and childhood sweetheart Angela Valdes was shot before his eyes by his best friend and business associate Tommy Egan. However, despite going to Angela’s funeral, fans are certain Ghost’s ex isn’t really dead.

It’s just over a week until season six returns after Ghost’s shooting and fans are questioning how the show will end.

One fan, 2Black2Strong, has suggested a number of storylines, one of which includes Angela being alive.

While some fans disagree with the theory noting her sister Paz is one of the suspects in the Who Shot Ghost? case, it isn’t totally unlikely.

There have been several occasions when someone has come back from the dead such as Kanan (Curtis ’50 Cent’ Jackson).

The theory is plausible. Before Angela was shot she was seen working with Ghost, Tommy and Tasha St Patrick (Naturi Naughton) to avoid prosecution.

When they thought they were all safe, she met with Ghost at their old high school telling him she wanted to start afresh.

But before they could, Tommy shot her in the chest and she was rushed to hospital.

Both Paz and Ghost believe Angela is dead which would be a great way for the federal agent to work with the government to take down James St Patrick by handing over all the information she has on him.

READ  The Walking Dead season 10 to introduce comic character Dante
Share on FacebookShare on TwitterShare on PinterestShare on Reddit
newsgrooveDecember 29, 2019