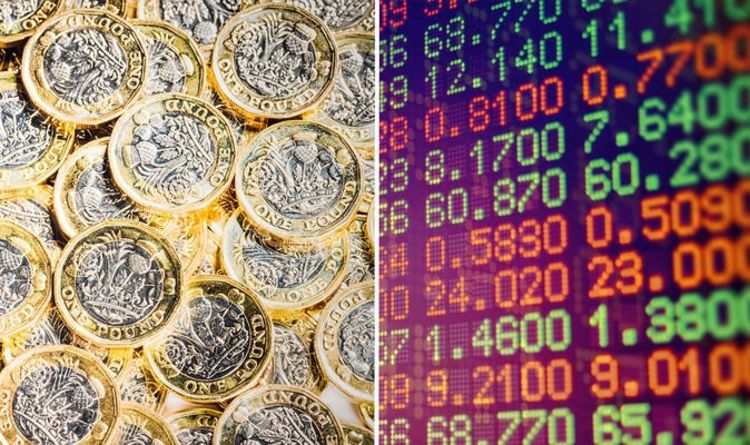 The pound to euro exchange rate is treading water, with “little impetus to move”, as experts suggest a calmer day for currency today. Those heading away for the last week of the summer holiday may well want to covert their currency now, after a rollercoaster week. Dictated by what finance gurus term a “Brexit barometer”, sterling slumped on Wednesday as Prime Minister Boris Johnson saw his request to prorogue parliament approved. Today, the pound is trading at 1.103, against the euro, according to Bloomberg at the time of writing.

This is a slight improvement on the 1.101 slump after the Queen, 93, granted the PM’s request.

Michael Brown, currency analyst at Caxton FX told Express.co.uk of the fortunes of the pound today as it looks to stabilise.

He said: “Sterling trod water against the common currency on Thursday, as a lack of fresh Brexit-related headlines resulted in little impetus to move the pound.

“While the day ahead sees a couple of important data releases from the eurozone, namely unemployment and inflation figures, focus more broadly will remain on geopolitical matters – including both Brexit and US-China trade relations.”

The PM’s decision has hugely divided politicians and the public alike, and it remains to be seen how much of an impact it will have of the pound next week.

Sterling has not reached the highs seen prior to the 2016 Brexit referendum, corroborating Michael’s claim of a “Brexit barometer” dictating currency.

Meanwhile, there could be hope for late summer holidaymakers travelling to the Eurozone.

There are ways to mitigate the downsides, according to the chief executive and founder of deVere Group, Nigel Green.

He said: “Any moves towards taking Britain out of the EU without a deal on 31 October results in further falls to the already Brexit-battered pound.

“The suspension of parliament was a major step in this direction.

“Sterling is unlikely to recover until the Brexit uncertainty lifts – and even then, it may take several years until the UK and EU adjust accordingly.

“As a result, millions of British holidaymakers travelling outside the UK, plus British expats who live and work or are retired abroad and receive salaries or pensions in sterling are, in real terms, worse off today than they were yesterday.”

He added: “For holidaymakers, prepaid currency cards will help them lock in exchange rates, when doing so is in their favour, and avoiding future uncertainty – and no-one knows what the future holds when it comes to Brexit.

“There is a distinct possibility the pound could sink further against the euro and dollar due to political events.

“The millions of holidaymakers and expats hit by a weaker pound should be exploring the established ways to mitigate the effect this has on their purchasing power and living standards.

“This is especially the case as it seems the pound may remain weak for some time.”