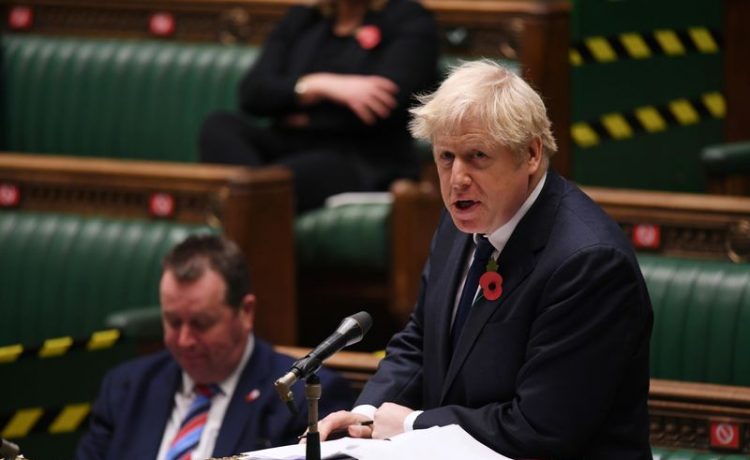 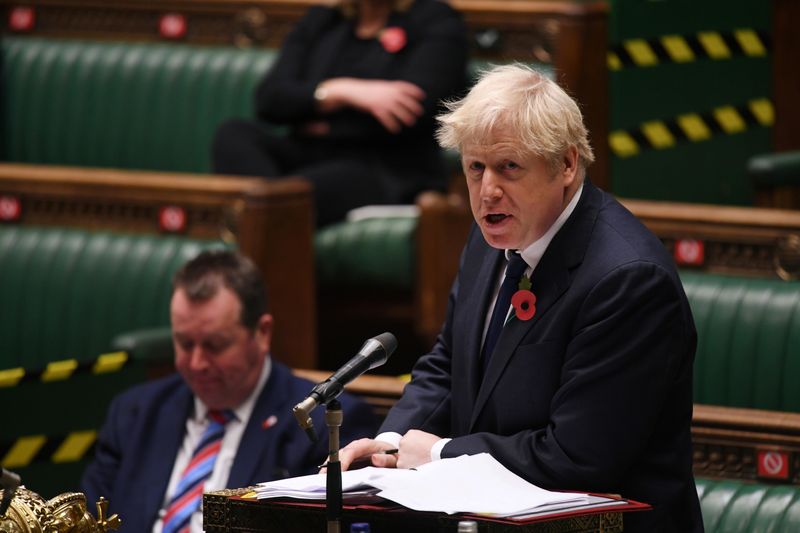 © Reuters. FILE PHOTO: The weekly question-time debate at the House of Commons in London

LONDON (Reuters) – Britain has announced the biggest investment in its military since the end of the Cold War, despite the coronavirus crisis pummelling the economy, as the government seeks to define its post-Brexit role on the world stage.

Prime Minister Boris Johnson wants to carve out a role for Britain as a swashbuckling leader of a new era of global cooperation and free trade, backed by cutting-edge modern military and cyber capabilities.

In a speech to parliament on Thursday outlining the first conclusions from the biggest review of foreign policy and defence in three decades, Johnson will announce an extra 16.5 billion pounds for the military over the next four years. The defence budget is now just under 42 billion pounds a year.

“I have taken this decision in the teeth of the pandemic because the defence of the realm must come first,” Johnson said in a statement.

“The international situation is more perilous and more intensely competitive than at any time since the Cold War and Britain must be true to our history and stand alongside our allies. To achieve this, we need to upgrade our capabilities across the board.”

At a time of heightened global uncertainty, the rise of China and after four years of U.S. President Donald Trump’s non-traditional approach to international diplomacy, Britain’s 2016 vote to leave the European Union has thrown its own role and global influence into doubt.

The government said the increased military spending will cement the United Kingdom’s position as the largest defence spender in Europe, the second largest in NATO, and allow increased investment in areas such as cyber and space.

Acting U.S. Defense Secretary Christopher Miller applauded the boost in spending. “The UK is our most stalwart and capable ally, and this increase in spending is indicative of their commitment to NATO and our shared security,” Miller said in a statement.

The prime minister will announce a new agency dedicated to artificial intelligence, the creation of a National Cyber Force and a new “Space Command”, capable of launching Britain’s first rocket in 2022.

The full conclusions of the defence and security review – a study of threats and capabilities – will be announced next year. 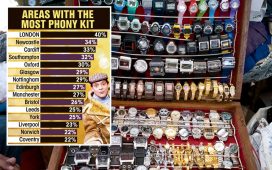 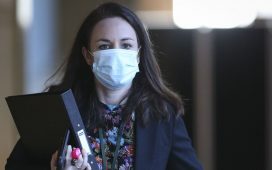 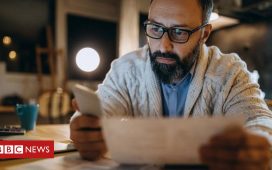 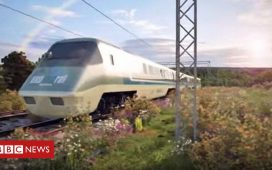