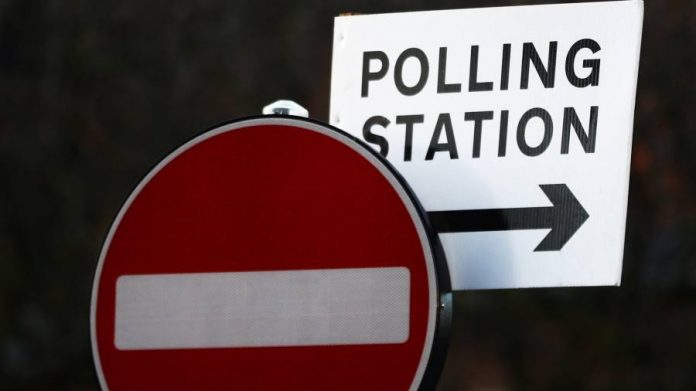 Boris Johnson has vowed to end Britain’s Brexit trauma if he wins Thursday’s momentous general election, but his campaign has flagged in its final stages and opinion polls suggest his hopes of securing a decisive parliamentary majority are on a knife-edge.

The prime minister’s Conservatives have sustained a comfortable 10-point average lead over Labour leader Jeremy Corbyn’s party, but in recent days some polls have suggested the gap is narrowing.

Mr Johnson pleaded with voters on Wednesday night to give the Tories a House of Commons majority to allow him to take Britain out of the EU in January and begin the task of negotiating a new trade relationship with the 27-member bloc.

“I want to unleash this country’s potential,” he said. “But above all I want to end the division and bring this country back together.”

The UK has been wracked by disagreement on how to execute Brexit ever since voters backed leaving the EU in a referendum in June 2016.

Polling stations open at 7am on Thursday for the third British general election in four years and close at 10pm. An exit poll will be released as soon as voting stops, giving an immediate idea of whether Britain’s political gridlock is about to end.

Although the five-week election campaign has been dispiriting and largely lacking in drama — Mr Johnson has attempted to play it safe and rarely deviated from his “Get Brexit done” mantra — the stakes have rarely been higher.

If Mr Johnson wins the election he plans to transform Britain’s position in the world: he is promising to complete Brexit, entailing a looser relationship with the UK’s European neighbours while trying to build a closer commercial position with the US.

Meanwhile Mr Corbyn is offering old-school socialism, including a big expansion of the state, the nationalisation of industries including water, energy, rail, broadband and postal services, and hundreds of billions of pounds of extra borrowing.

In his final pitch to voters, Mr Corbyn said: “We stand at a fork in the road. The choice facing you, the people of this country, tomorrow is truly historic.”

He added that billionaire media barons were trying to thwart a Labour victory. “The establishment doesn’t want Labour to win,” said Mr Corbyn.

The FT poll tracker, which gives the Tories a 10-point lead over Labour, suggests Mr Johnson is on course for the biggest Conservative majority since John Major’s 21-seat victory in 1992.

A YouGov survey, using modelling that was successful in predicting the result of the 2017 election, said on Tuesday the Tories were on course to win 339 seats, Labour 231, the Liberal Democrats 15 and the Scottish National party 41.

But the survey suggested a Tory majority of 28, down sharply on the 68 figure predicted two weeks earlier.

The prime minister has faced awkward questions about an overwhelmed National Health Service in recent days, while on Wednesday he was seen taking refuge in an industrial fridge rather than appear in a television interview.

YouGov said the margin of error in its survey meant Mr Johnson could be looking at a very sizeable majority or that Britain could yet be heading for a hung parliament, with more uncertainty over Brexit.

A hung parliament could see Labour join forces with the SNP, Lib Dems and other smaller parties to push for a second Brexit referendum in 2020.

In the event of a hung parliament, the SNP would seek to use its leverage over a minority government led by Mr Corbyn to seek a Scottish independence referendum, putting the survival of the UK on the line.

Analysts at German lender Commerzbank said the UK election was “getting interesting after all”.

Sainsbury’s is the cheapest supermarket for branded goods, study finds

Sainsbury's named cheapest supermarket of 2019 by Which?

Highest-paid workers spend most hours on the job

Canada shares higher at close of trade; S&P/TSX Composite up 0.42%

From draught excluders to energy-efficient showerheads, try these DIY hacks to cut the cost of your home energy bills