Policing the revolving door for ex-ministers 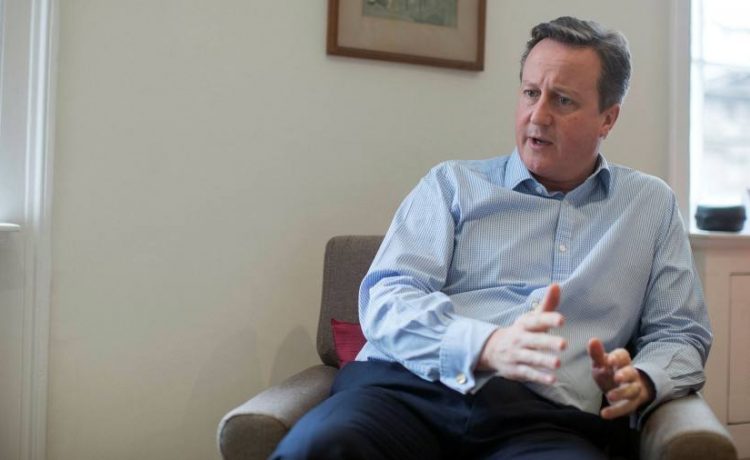 What are businesses expecting when they take on ministers, even ex-prime ministers, as directors or consultants? Specialist knowledge and inside policymaking experience, no doubt. Yet most important, surely, are their contacts — the ability of former senior public office holders to open doors, and always have their phone calls returned.

The disclosure by the Financial Times that David Cameron lobbied the UK government last year to increase his client Greensill Capital’s access to state-backed emergency Covid-19 loan schemes has prompted calls from the opposition Labour party for an investigation. There is no suggestion of wrongdoing by the ex-premier. But Cameron’s interventions do appear to have helped Greensill — which collapsed less than a year later — to secure high-level Treasury access, even if its requests to lend more under state-backed schemes were rebuffed.

There is, moreover, a distinct irony to Cameron having lobbied former colleagues. As opposition leader in 2010, he warned lobbying was the “next big scandal waiting to happen” and promised to reform the “far-too-cosy relationship between politics, government, business and money”. As premier, he introduced Britain’s first official register of consultant lobbyists, though anti-corruption campaigners complain it has sizeable loopholes. Now, Cameron’s work with Greensill raises new concerns over “revolving doors” between government and the private sector, and transparency on the business links of ex-senior ministers and officials.

The latter issue becomes more pressing as politicians achieve and leave high office younger; Cameron resigned at 49. While MPs’ and ministers’ salaries are generous compared with average wages, some other professions pay far more. Ministers have a right to have business careers after leaving office. A flow of personnel between government and the private sector is useful for sharing expertise and understanding. It is vital, however, to ensure ex-politicians and officials do not improperly influence ex-colleagues to make decisions favouring a new client or employer.

Britain’s ministerial code bars ministers from lobbying government for two years after leaving office. They must also seek advice from the independent Advisory Committee on Business Appointments about appointments or employment they wish to take up in that two-year period, and abide by the committee’s advice. But transparency campaigners warn the Acoba process is ineffective, and falls well behind safeguards elsewhere. The US has various restrictions on federal employees, including a lifetime ban on an ex-federal official representing a private party on an issue on which they had previously done work in government.

The value of a political career and contacts, of course, does not expire after two years. There is a strong argument for requiring former cabinet ministers and civil service permanent secretaries to maintain a register of interests — similar to those required of MPs and Lords members — for as long as they are active in business, perhaps with a beefed-up Acoba. Requirements for ministers and senior civil servants to keep registers of meetings should be tightened to ensure those with former high-level politicians mention discussion of any corporate clients or interests and are not logged as non-specific “personal” meetings with friends.

An ongoing Commons committee inquiry into MPs’ code of conduct and a government post-legislative review of the Lobbying Act both provide opportunities to tighten standards. It would be a further irony, but no bad thing, if Cameron’s activities gave them an additional nudge towards reform.