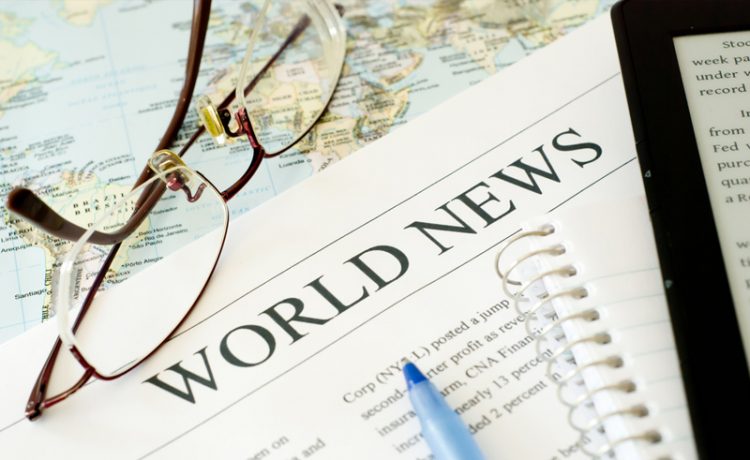 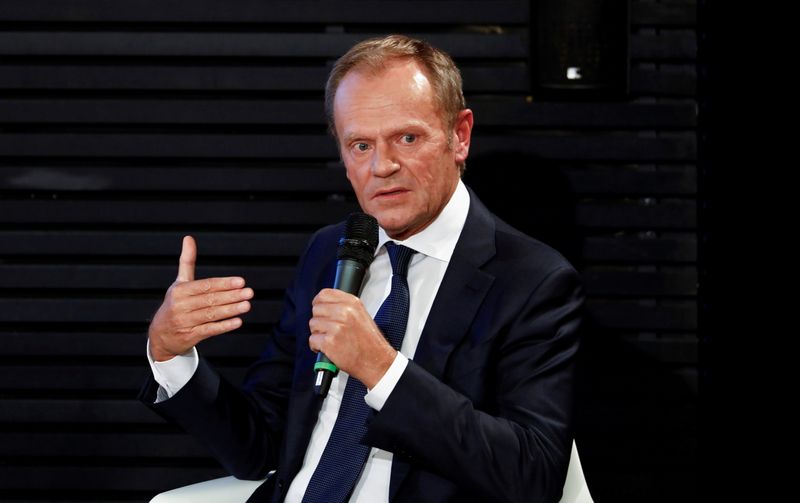 By Alan Charlish and Anna Koper

WARSAW (Reuters) -Former European Council President Donald Tusk returned to the fore of Polish politics on Saturday, becoming leader of the main opposition party in a move that revives a duel with his longstanding foe Jaroslaw Kaczynski.

For many in the liberal Civic Platform (PO) party that Tusk helped to found, the stakes are nothing less than Poland’s future in the European Union.

Elections scheduled for 2023 will determine if the governing nationalist Law and Justice (PiS) party, led by Kaczynski, will continue its disputes with Brussels over issues including judicial reforms that the EU says undermine the independence of judges and LGBT rights.

“Civic Platform is indispensable, it is needed as a force, not as a memory, to win the fight for the future against PiS,” Tusk told a PO congress in Warsaw. “There is no chance of victory without Civic Platform, and our history tells us that.”

The rivalry between Tusk and Kaczynski is both deeply personal and emblematic of the division between the pro-European economic and social liberalism of PO, and the conservative social values and left-leaning economics of PiS, which to a large degree defines the Polish political landscape.

Speaking on Saturday at a PiS congress in Warsaw – where he was re-elected leader for what he said would be the last time – Kaczynski contrasted what he said were improvements in living standards under PiS to the elitism he said preceded their rule.

“This group (the elite) was to dominate … (and) all the rest were supposed to agree to a modest, poor and sometimes miserable life,” he said.

The announcement of Tusk’s return came after talks behind closed doors between the new leader, his predecessor Borys Budka and Warsaw Mayor Rafal Trzaskowski, who had also been tipped for the leadership.

European Council President from 2014 to 2019, Tusk helped steer the European Union through a tumultuous period marked by Brexit and the migration crisis.

The first prime minister in Poland’s post-communist history to win two terms in office, he led PO in government from 2007 to 2014.

During the global financial crisis, Poland avoided a recession under Tusk’s leadership, but the government came to be viewed as increasingly out of touch with the problems of younger and less affluent Poles.

On his return to Polish politics, Tusk will still have to confront this problem, as the party, which some analysts say has struggled to define its agenda and connect with voters beyond its core middle-class, urban electorate, languishes around record lows in the polls.

“The biggest opposition party is living through the biggest crisis in its history … Many voters who don’t like PiS also don’t want to vote for PO,” said Rafal Chwedoruk, a political scientist at Warsaw University.

PO, whose Civic Coalition grouping has 126 deputies in the Polish parliament against the ruling coalition’s 230, has been pushed into third in opinion polls by the Poland 2050 party of Catholic journalist Szymon Holownia, whose centre-right agenda resonates with many core PO voters.

Additionally, many younger voters view the party’s stance on divisive issues such as abortion and LGBT rights as too cautious.

However, PiS also face problems holding together its increasingly fractious United Right coalition, and has seen its poll numbers drop this year.

Most recently, three legislators left the party amid infighting over its flagship “Polish Deal” programme, which the party says will mean most Poles pay less tax but which critics say penalises small business owners and the middle class. 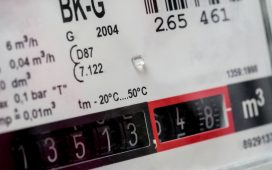 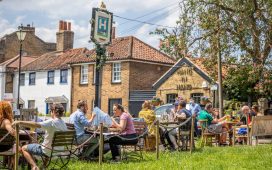 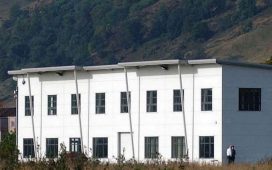