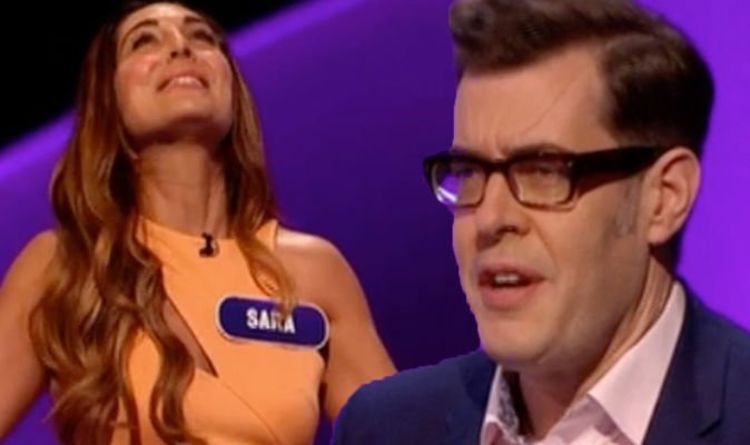 Richard, 48, and his Pointless co-host Alexander Armstrong, 49, were on hand to welcome four pairs of real-life doctors and actors who have or are portraying the medical professionals in television dramas.

After introducing the contestants to the BBC quiz show, Alexander and Richard went on to explain how the first questions would work.

The contestants were told they would be given clues to various topics, with the answers they give also being the name of cities in Europe.

As the fourth pair to take on the board, This Morning stars Dr Sara Ryan and Dr Ranj Singh were given their chance to answer.

Alexander spoke to Sara about her career before asking her what she was thinking about the board and the clues to the answers left to her and Ranj.

Jokingly, the This Morning star remarked: “I think it’s unfair we’re fourth here, because all the tricky ones have gone.”

Following Sara getting a score of 17 for her answer, Richard commended the star on her efforts but also voiced his shock at the pair going last.

“And you’re quite right, it’s so unfair to make you go last and give you the lowest score, and then let Ranj have the first pick of the next board as well.

“What were we thinking?” the presenter asked Alexander, with the host replying: “I know.”

Continuing, Richard added: “Really terrible. So, goodness, well done, under such conditions. That is the best answer on the board.”

The game then continued, with Ranj being given the first innings to give an answer to the new set of clues on the board.

Earlier in the show, Sara and Ranj’s fellow This Morning star Dr Chris Steele told Alexander about how viewers go about getting in contact with the show.

Alexander asked: “As a TV doctor, are you told what you’re going to be covering or is it what has come through…the mailbag I was about to say.

“That’s from 20 years ago… things that come in from viewers?”