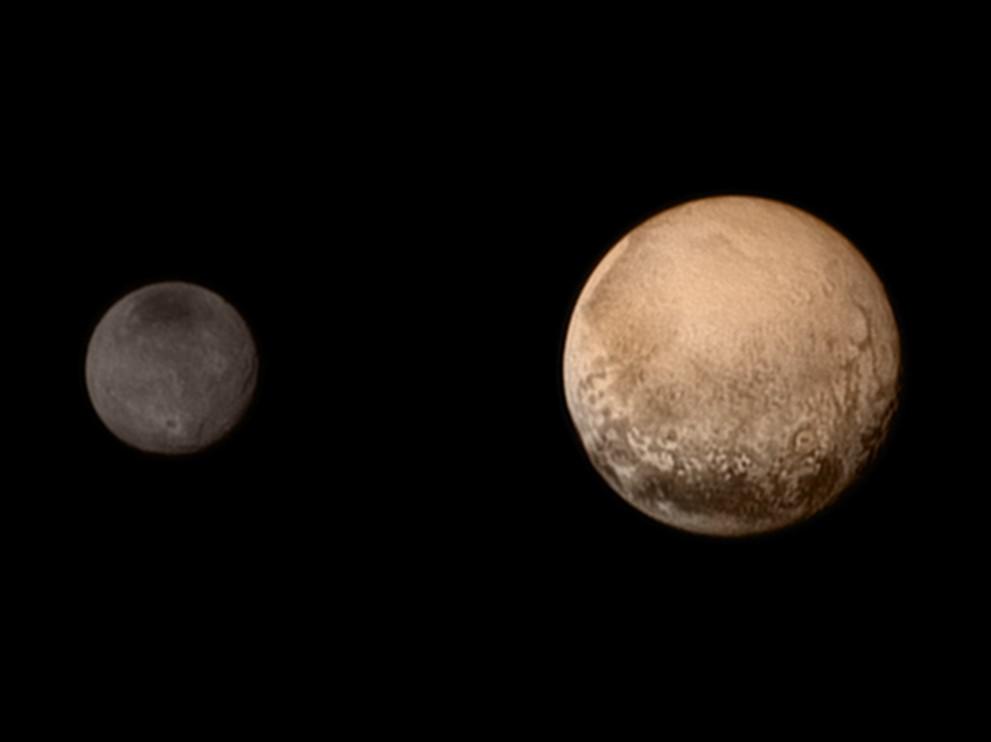 Pluto’s status as a planet has once again been called into question after the head of Nasa said he believed the celestial body to be a planet.

Speaking at the FIRST Robotics event in Oklahoma, Nasa administrator Jim Bridenstine went against convention by placing himself firmly on one side of the Pluto debate.

“Just so you know, in my view Pluto is a planet,” he said. “You can write that the Nasa administrator declared Pluto a planet once again. I’m sticking by that, it’s the way I learned it and I’m committed to it.”

Pluto was first declared a planet in 1930 after it was discovered by American astronomer Clyde Tombaugh. At the time it was believed to be the ninth planet from the Sun, existing on the outer edges of the solar system in the Kuiper belt.

Its status as a planet was called into question 62 years later after other similarly-sized objects were discovered in the same region of space.

In 2005, astronomers discovered a dwarf planet called Eris that was 27 per cent larger than Pluto. A year later, the International Astronomical Union laid out its official definition for what constituted a planet. Pluto was not included.

Since then it has been classified as a dwarf planet, though the icy object has attracted a dedicated following of people who claim Pluto should be considered a planet.

In 2015 Nasa’s New Horizons mission to Pluto made several major discoveries that added fuel to the debate.

Alan Stern, the Nasa scientist who led the New Horizons mission, subsequently co-authored a paper calling for Pluto to be reclassified.

The Society for the Preservation of Pluto as a Planet has campaigned for Pluto’s status to be upgraded.

“For over 75 years school children all over the world have learned that our solar system has nine planets,” the group’s website states.

“Pluto’s status as a planet has sparked the human imagination for decades… Now is not the time to downgrade Pluto’s status.”

READ  Zombie outbreak: Deadly disease in deer could spread to humans - warning
Share on FacebookShare on TwitterShare on PinterestShare on Reddit
newsgrooveAugust 26, 2019