Playing with dolls helps children talk about how others feel, says study


Playing with dolls encourages children to talk more about others’ thoughts and emotions, a study has found.

The research suggests that playing imaginary games with dolls could help children develop social skills, theory of mind and empathy. The neuroscientist who led the work said that the educational value of playing with Lego and construction toys was widely accepted, but the benefits of playing with dolls sometimes appeared to have been overlooked.

“When children create imaginary worlds and role play with dolls, they communicate at first out loud and then internalise the message about others’ thoughts, emotions and feelings,” said Dr Sarah Gerson, a neuroscientist at Cardiff University and the lead author. “This can have positive long-lasting effects on children, such as driving higher rates of social and emotional processing and building social skills like empathy that can become internalised to build and form lifelong habits.”

The study, funded by the manufacturers of Barbie and published in the journal Developmental Science, involved 33 boys and girls, aged between four and eight who were given a collection of Barbie dolls and accessories such as an ambulance or horse to play with.

They were left to play spontaneously, but their speech was monitored and they were also fitted with a specialised cap containing a form of brain imaging technology called functional near-infrared spectroscopy (fNIRS). The technique measures changes in blood oxygenation by shining light through the skull, which makes it possible to track brain activity while the subject is freely moving around.

The study found that the children talked more about others’ thoughts and emotions, a concept known as internal state language, when playing with the dolls, compared with playing creative games on a computer tablet, such as a hairdressing game or a city-building game with characters.

They were also more likely to address the dolls in the second person, talking to them directly, whereas the characters on the computer screen they tended to refer to in the third person. No difference was observed between boys and girls.

“Internal state language can indicate that a child is thinking about other people’s thoughts and emotions while playing with dolls,” said Gerson.

Benjamin Mardell, who researches the pedagogy of play at Harvard Graduate School of Education and who was not involved in the work, said: “The hypothesis that playing with dolls provides a scaffolding for young children to take the perspective of another, even if that other is inanimate, seems very reasonable. And that they see language use in this regard is good confirmation of the hypothesis.”

Mardell added that the findings ought to apply to any kind of role-play toy, rather than being specific to Barbies. “I’d take a broader view of what a doll is,” he said. “[It could be] any object that the child can invest a sense of other into – a stuffed animal, an oven mitt that talks to them, or even an imaginary friend.”

Children typically start to show signs of internal state language around the age of four. At this age, they begin to voice their thoughts aloud, indicating that they are considering the thoughts, feelings and desires of themselves and others.

“These skills are really important for interacting with other people, learning from other people, and navigating a variety of social situations,” Gerson said. “It becomes important for making and sustaining friendships, and how they learn from their teachers, and parents.”

The study also found that the children had increased brain activity in the posterior superior temporal sulcus (pSTS) region when they spoke as though their dolls had thoughts and feelings. The pSTS region is believed to be involved in the development of social and emotional processing skills.

We will see more cases of monkeypox, warn British scientists 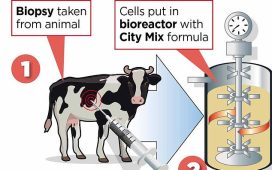 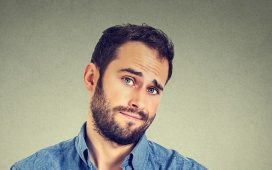 Is he manly? Wait to see the whites of his eyes, American scientists insist

‘Smooth brain, just vibes’: what is life like for those who refuse the news? 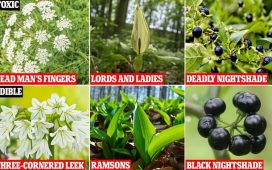 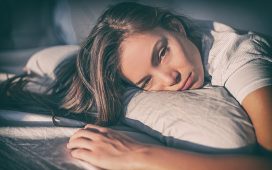 Climate change will deprive us of sleep, study says