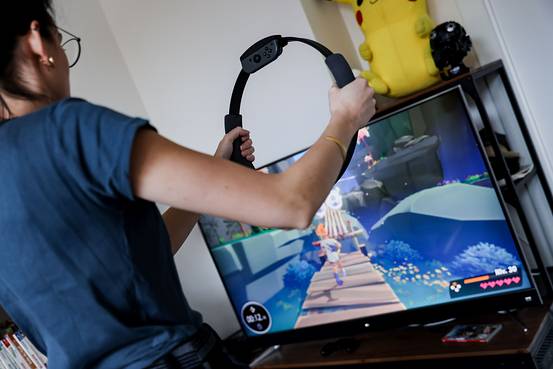 
In a pandemic year that saw many stuck at home or locked down due to Covid-19, videogames exploded in popularity. And while many are aware of the U.S. stock plays, Europe has a few more to offer that may not be on everyone’s radar, says an analyst at

The industry is set to benefit from several long-term catalysts, such as next generation consoles, consolidation and games as a service, which will drive “structural growth in the sector,” wrote Chirag Vadhia in a recent note to clients.

In Europe, “the market structure of publicly listed videogames companies has changed significantly,” over just a few years, with accelerating listings from Sweden and Poland, he said.

The last year or so has seen big consolidation. Stateside, Electronics Arts said it was buying Codemasters in December and said in February it planned to acquire

But then in Sweden,

bought Sandbox Interactive and Super Free Games, all in February 2020. “We believe the Swedish listed companies are likely to continue their acquisition strategies, but the way that companies acquire can vary significantly.

“The challengers—Embracer and Stillfront—operate decentralized business models whereas the incumbents, such as Electronic Arts, operate their businesses in a more centralized fashion,” said the analyst.

The bank has initialized coverage on a handful of European names, starting with videogames developer, publisher and distributor Embracer, The Swedish group is rated a buy, based on expectations it will continue to consolidate and the diversified videogames play it offers.

“Therefore, as a group of companies, the risk is diversified across the business and access to capital for the group is more readily available,” said Vadhia.

Videogames publisher and developer in the Free to Play segment, Stillfront, was initiated at reduce. Like Embracer, it is growing through acquisitions and has a diversified portfolio. But the analyst is worried about the potential revenue impact from IDFA changes (Identifiers for Advertisers), used to target advertising effectiveness on mobile devices, by technology giant

for its iOS operating system.

HSBC has also initiated coverage of Polish-based CD Projekt with a hold, due to a mixed reception to the “Cyberpunk 2077” game. A strategy update in the first quarter of this year is the next catalyst the analyst sees.

is the last company mentioned by HSBC, reiterated at a buy rating. Vadhia cites “medium-term catalysts of a licensed ‘Star Wars’ game and an F2P title in collaboration” with China’s

READ  EA’s Next Battlefield Videogame Will Be Later Than Expected - Barron's
Share on FacebookShare on TwitterShare on PinterestShare on Reddit
newsgrooveMarch 2, 2021