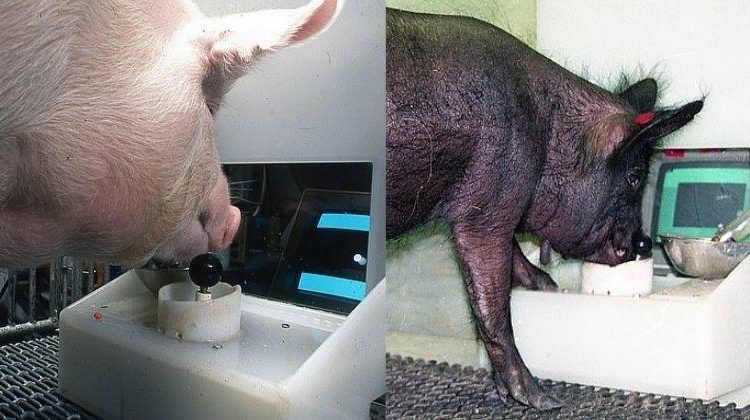 Humans love gaming — whether it’s on their smartphones or on their consoles. They’re fun, intuitive and downright amazing. However, it looks like humans aren’t the only animals who can play videogames. 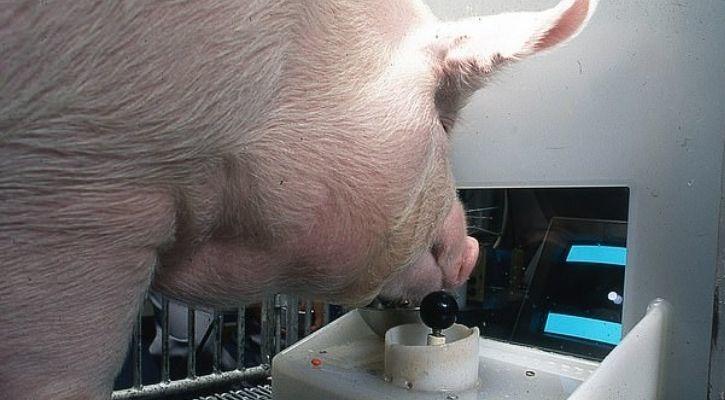 Researchers from Canada have managed to train four pigs to use a joystick with their snouts, enabling them to move a cursor on the screen that would reach one of the four target walls on a screen.

Researchers have discovered that each of the four pigs who participated in the study showed a conceptual understanding of the game as well as learnt what the joysticks did.

The four pigs — Hamlet, Omelette, Ebony and Ivory underwent a series of experiments. In the first experiment, they used treats to train the pigs to use the joystick. After they got the hang of the joystick, they taught them to play a video game where the goal was to manoeuvre a cursor towards the four targets.

Researchers discovered that pigs were able to perform the experimental task really well, which showed that they were able to comprehend how they were moving the joystick and how it interacted with the screen in front of them.

Even though they got the hang of it, their level of skills was nowhere close to that of primates. According to researchers, they didn’t really master the concept entirely. But for this, they partially blame the nature of the experiment and the setup, considering, neither pigs possess opposable thumbs nor do they possess sharp eyesight.

They also witnessed that social contact had a stronger influence on their performance, where they would make correct movements even when not given treats. Moreover, verbal encouragement helped them even more while dealing with more challenging levels of the game. 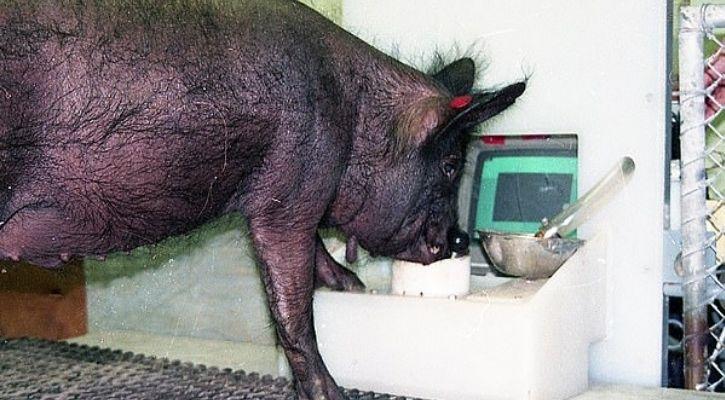 Professor Croney explained, “This sort of study is important because — as with any sentient beings — how we interact with pigs and what we do to them impacts and matters to them. We, therefore, have an ethical obligation to understand how pigs acquire information, and what they are capable of learning and remembering. This has implications for how they perceive their interactions with us and their environments.”