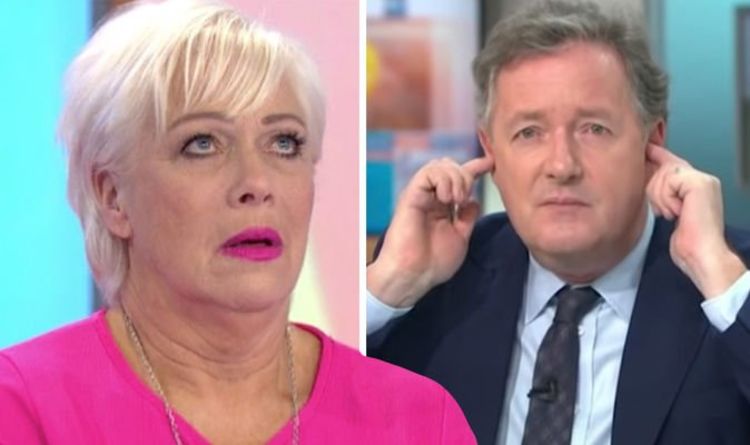 Piers Morgan, 56, hit back at Denise Welch’s, 63, comments after she reignited their long-running feud by calling him a “f***ing disgrace”. It comes after the former Good Morning Britain host branded Naomi Osaka, 23, a “spoiled, arrogant brat”, after she made the decision to not speak to the press at the French Open 2021 due to struggling with her mental health.

After publishing his opinions in his latest Daily Mail column, the Loose Women panellist also let her views be known, as she launched a scathing rant against the outspoken presenter.

In view of her 230,000 followers, the Hollyoaks star shared the recent article the columnist had written based on the tennis player.

“Naomi Osaka has bravely withdrawn from the French Open after admitting to crippling depression since 2018 and that fear of talking to the press until the end of the competition can bring on her anxiety.

She continued: “Anyone who has suffered depression and anxiety knows that life becomes unbearable and you will do anything to stop the pain.

“Piers also proves why so many people suffer in silence because of fear of being called ‘an arrogant narcissistic spoiled brat.'”

After coming across an article reporting on their latest spat, Piers took to Twitter to slam Denise – who has also been open about her battle with depression – for her “foul-mouthed tirade”, claiming she wasn’t in line with the Be Kind campaign.

He suggested that the tennis star wanted “to have her cake and eat it”, suggesting that her decision to not speak with the press “is straight out of the Meghan and Harry playbook of wanting to have the world’s largest cake and eating it, by exploiting the media for ruthlessly commercial self-promotion but using mental health to silence any media criticism”.

The spat is the latest in a slew of back and fourth snide comments between the actress and the presenter, stemming from Denise’s thoughts about the pandemic last year.

She then took a break from social media after Piers branded her a “Covid denier,” which she maintained wasn’t true.

Addressing last year’s spat, Denise explained to The Mirror that she had taken some time away from social media.