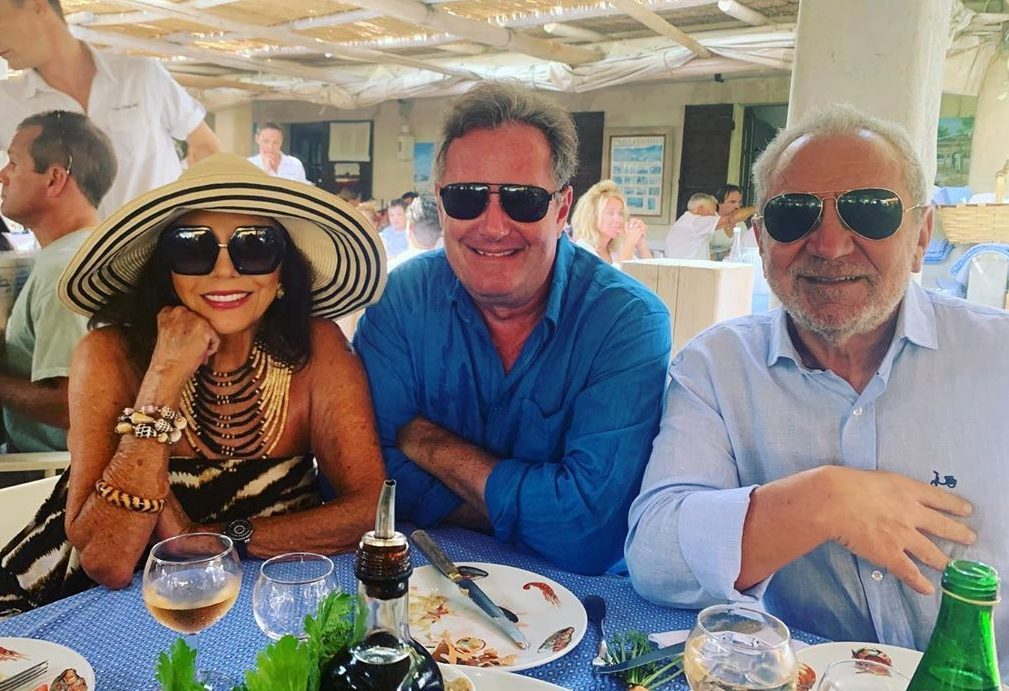 PIERS Morgan and Lord Alan Sugar brushed their panto feud aside as they cosied up for a snap with legendary British actress Dame Joan Collins today.

The cheeky broadcaster joked: “A Dame, a Lord and massively under-honoured human being.  #Club55  #StTropez.”

He followed the snap with a picture of his arm wrapped around Lord Alan as he puffed on a cigar.

Many fans will be surprised to see the pair hanging out together – by choice – at the iconic French eatery as they’re known for being sworn enemies.

The pair are regularly at loggerheads when Lord Alan appears on Good Morning Britain and they’re also famed for their heated Twitter spats.

But while the stars often disagree, they are in fact firm friends when the cameras stop rolling – with Lord Sugar even giving a speech at Piers’ 50th birthday bash.

He also appeared on Piers’ ITV show Life Stories series earlier this year, where he opened up about his personal life to the journalist.

Despite being the TV version of Marmite, Piers also boasts a friendship with Dame Joan and has been spotted out for dinner with the actress and her husband Percy on a number of occasions.

And it seems the group are making the most of holidaying in the same destination as they made sure to catch up for a dinner at the plush restaurant, which is a favourite among the A-list crowd.

The Dynasty stalwart, 86, also posed for a picture with Piers’ seven-year-old daughter Elise as they enjoyed lunch in the suns-soaked spot.

Can you spot what is wrong with this picture of Simon Cowell’s AGT judges?

READ  What are the main streaming from Netflix to Apple TV Plus as Britbox launches in the UK?