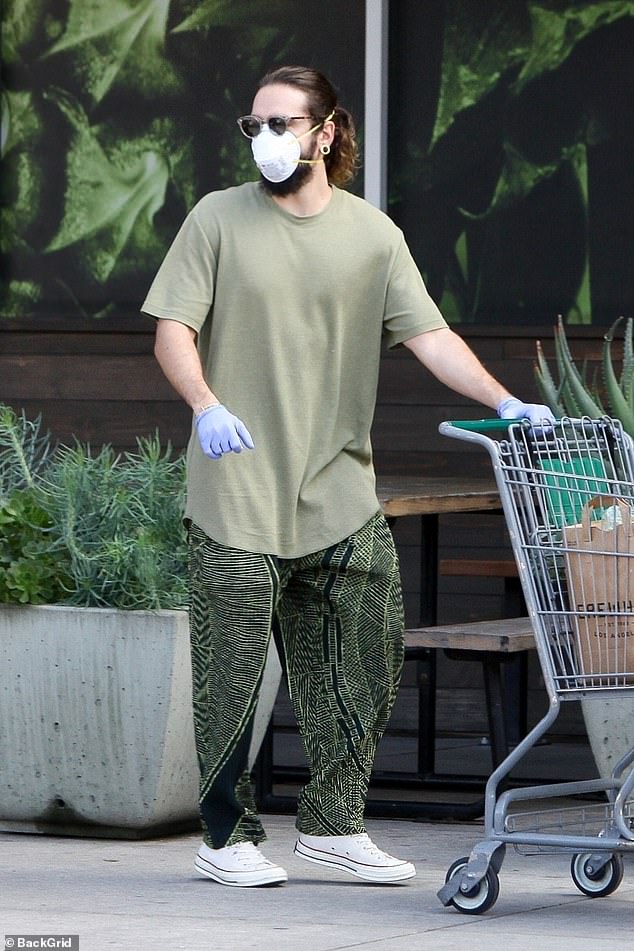 Heidi Klum‘s husband Tom Kaulitz went shopping for groceries in LA with his twin brother Bill with both wearing a face mask and gloves.

The outing came as Bill Kaulitz revealed Tom has tested negative for the coronavirus.

Heidi, 46, fell ill last week causing the model to miss a taping of America’s Got Talent on which she’s a judge.

Precautions: Heidi Klum’s husband Tom Kaulitz, 30, went shopping for groceries in LA on Sunday wearing a mask and gloves after being tested for coronavirus along with his wife

Both she and the 30-year-old Tokio Hotel guitarist were tested but there’s no news yet about the status of her test results.

Tom and Bill were spotted stocking up on supplies at an organic supermarket on Sunday.

In his Instagram Story, Bill explained: ‘We were just wearing masks to not spread germs and be super protective for ourselves and for other people. That’s why we were doing it. But my brother got his test results back and he is negative.’ 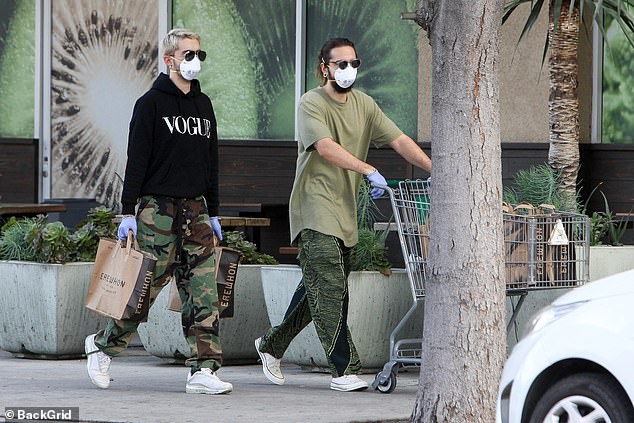 Pandemic: Tom was accompanied by his twin brother Bill. Bill explained in his Instagram Story on Monday that Tom had tested negative for COVID-19. There’s no word on Heidi’s test results 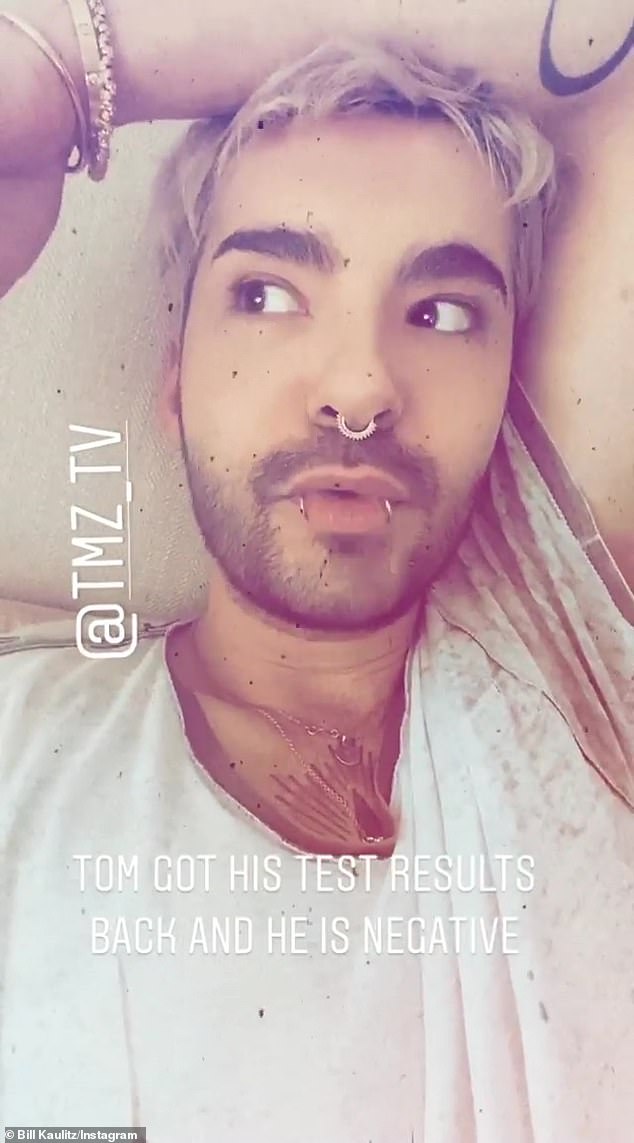 Social media: In his Instagram Story, Bill explained: ‘We were just wearing masks to not spread germs and be super protective for ourselves and for other people. That’s why we were doing it’

The brothers’ coronavirus saga began after Heidi arrived for an America’s Got Talent taping last week but had to leave before even setting foot on stage because she felt ill.

Tom had returned from a tour with his band days earlier and also felt sick around the same time, so the two went into a self-quarantine, though Tom seems to be breaking free that now that he’s gotten a clean bill of health.

On Sunday, Heidi shared a sweet black and white video of her kissing her husband from the other side of a window as she self-quarantined. 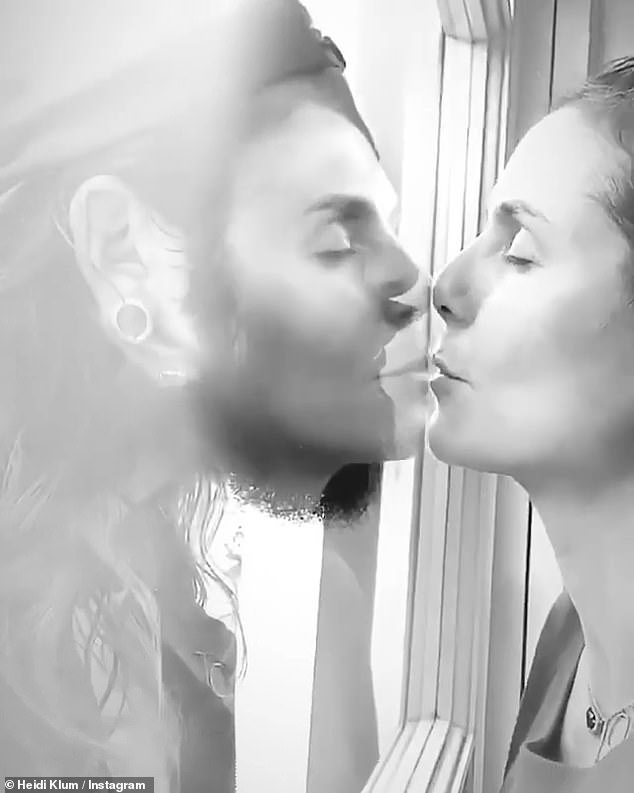 Lovebirds: Heidi shared a sweet photo of her and Tom kissing on either side of a window as she continued her self-quarantine over the weekend 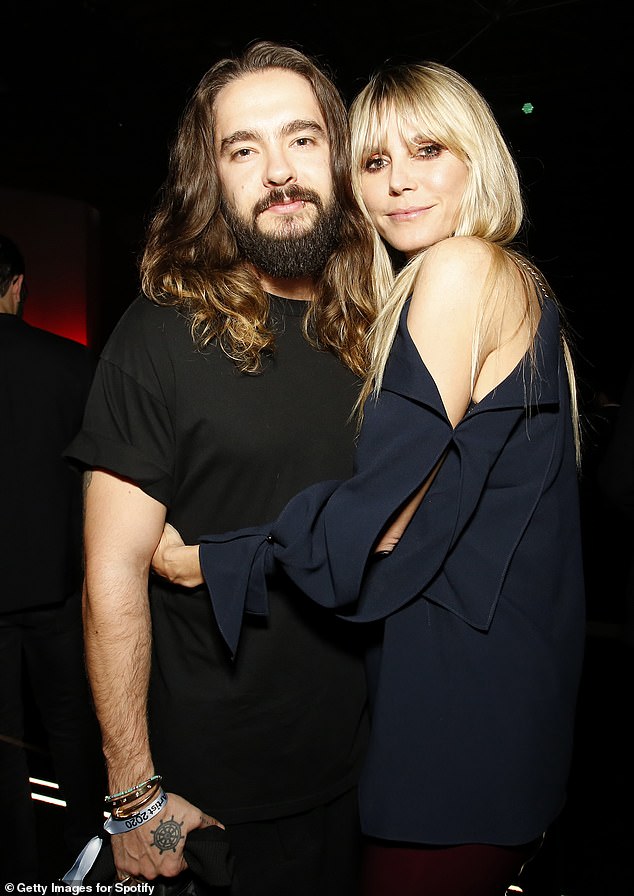 No luck: The Project Runway star revealed in her caption that she and Tom hadn’t been able to obtain a coronavirus test until Sunday, despite falling ill on March 7, more than a week earlier

The Project Runway star revealed in her caption that she and Tom hadn’t been able to obtain a coronavirus test until Sunday, despite falling ill on March 7, more than a week earlier.

‘Like many of you, I also have been sick all week and, unfortunately, my husband who returned from his tour a couple of days ago is also feeling ill. To be safe, we are staying apart until we get the results of our Coronavirus tests (that we were finally able to get today) back,’ she wrote.

‘We don’t want to spread germs and risk others getting sicker… even each other! As much as I want to embrace him and kiss him, it is more important to do the right thing and not spread further. ❤️’ 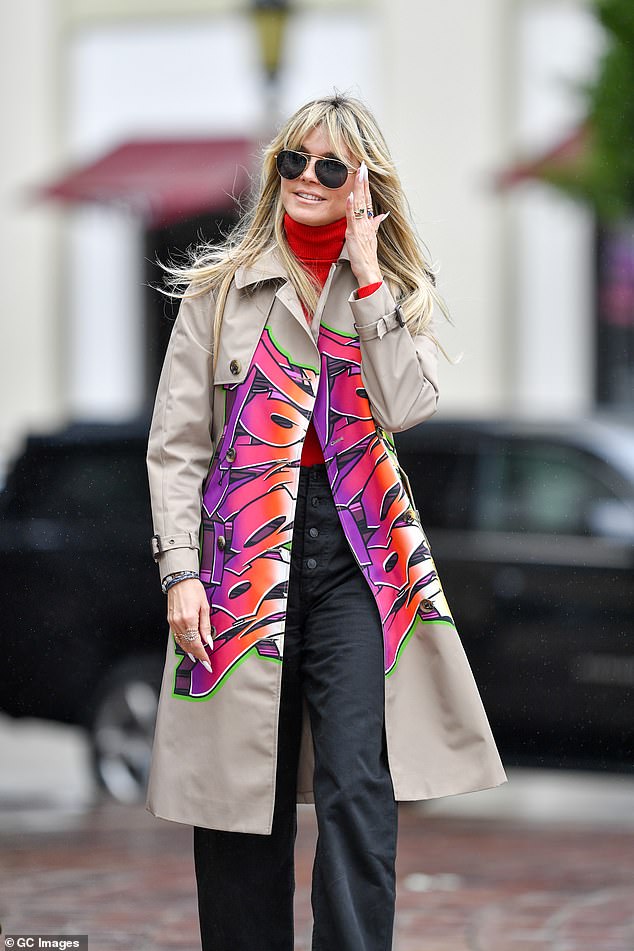 Turnaround: The Project Runway star showed up for an America’s Got Talent taping last week, but had to leave before ever going on stage after getting sick

Heidi ended her post with a call for her 7.2 million fans to practice social distancing by staying away from other people and large crows whenever possible, as well to follow the recommendations of local and federal officials on preventing the spread of the coronavirus.

The model revealed in her Instagram Stories Friday that her symptoms including a fever, chills, coughing and a runny nose, but she hadn’t yet been able to get the test after going to two different doctors.

America’s Got Talent later suspended filming on March 14, after Howie and Sofia were seen heading to the theater in Pasadena.

Page Six reported that the remaining judges had tried filming without an audience, but the series was being shut down in the interest of caution. 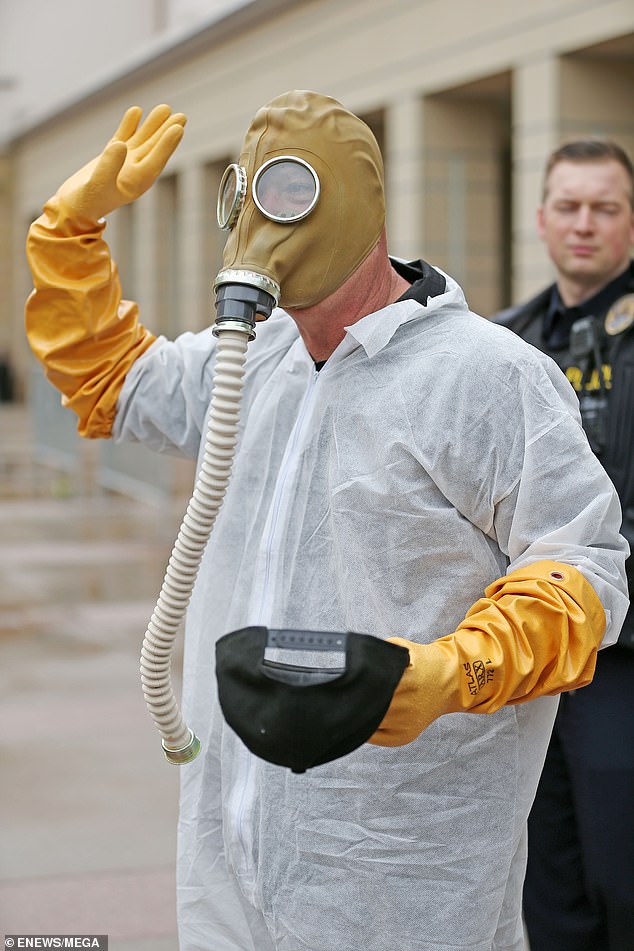 Playing it safe: AGT suspended production on March 14 after the remaining judges filmed without an audience. Earlier, Howie Mandel jokingly arrived to set in a fake hazmat suit