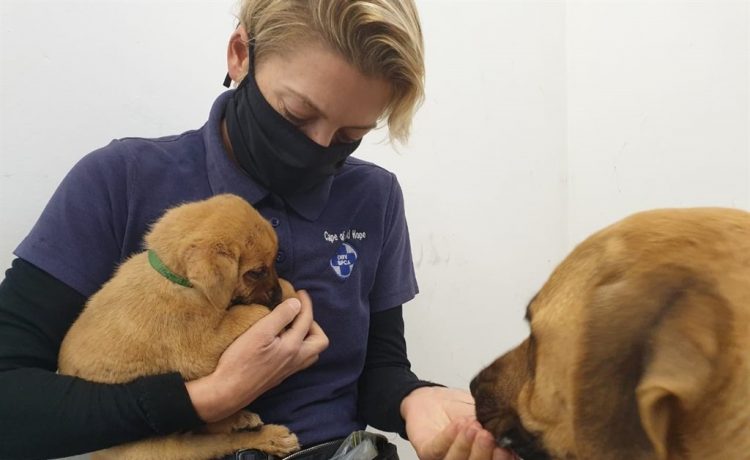 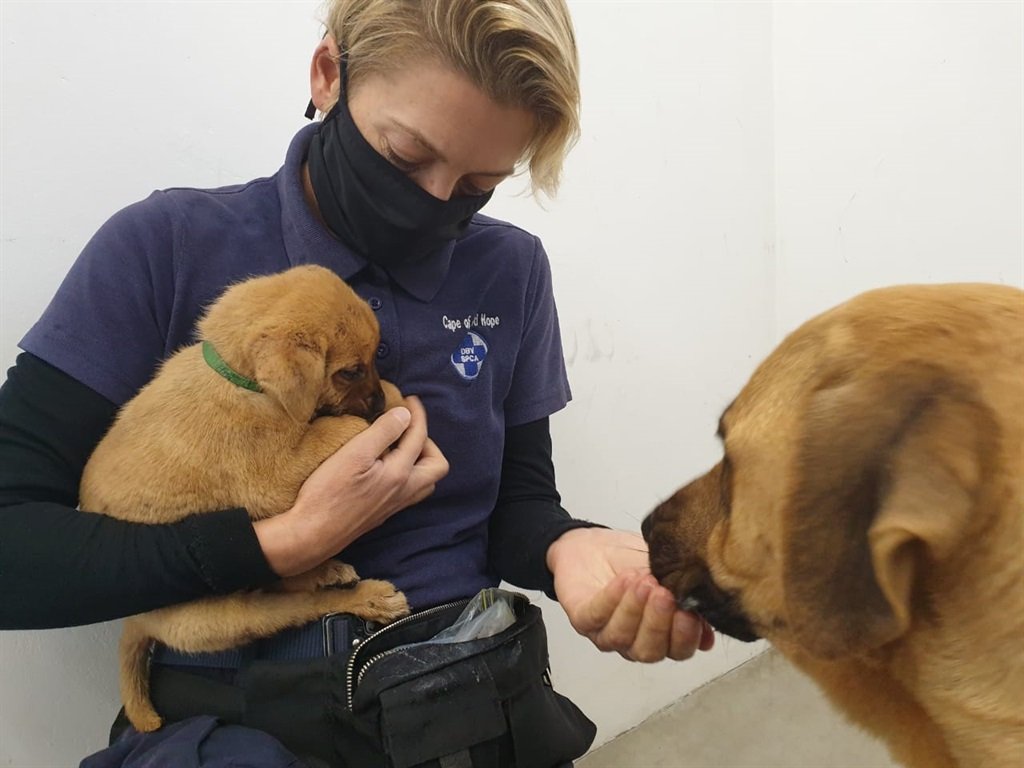 9 dogs were confiscated by the SPCA recently

The Society for the Prevention of Cruelty to Animals (SPCA) confiscated nine dogs from a Villiersdorp teacher earlier this month.

According to the SPCA, Villiersdorp residents got into touch with it on 18 May over concerns that the dogs were being deprived of food and water.

Chief Inspector Jaco Pieterse told News24 the SPCA did not cover Villiersdorp and its team had to travel out of its jurisdiction to collect the dogs.

According to the SPCA, the Overberg Animal Welfare Society (AWS) accompanied Pieterse as the AWS had originally dealt with the matter, claiming it did not receive assistance from the local police to execute a court order previously issued to remove the dogs. 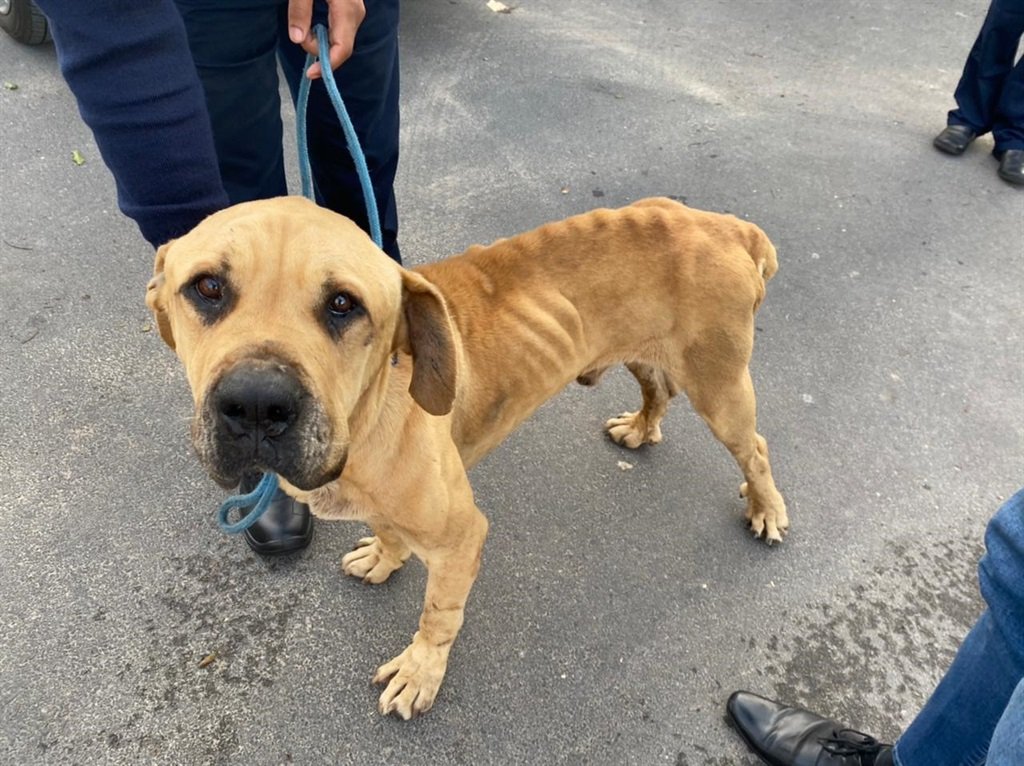 One of the 9 dogs being rescued by SPCA. 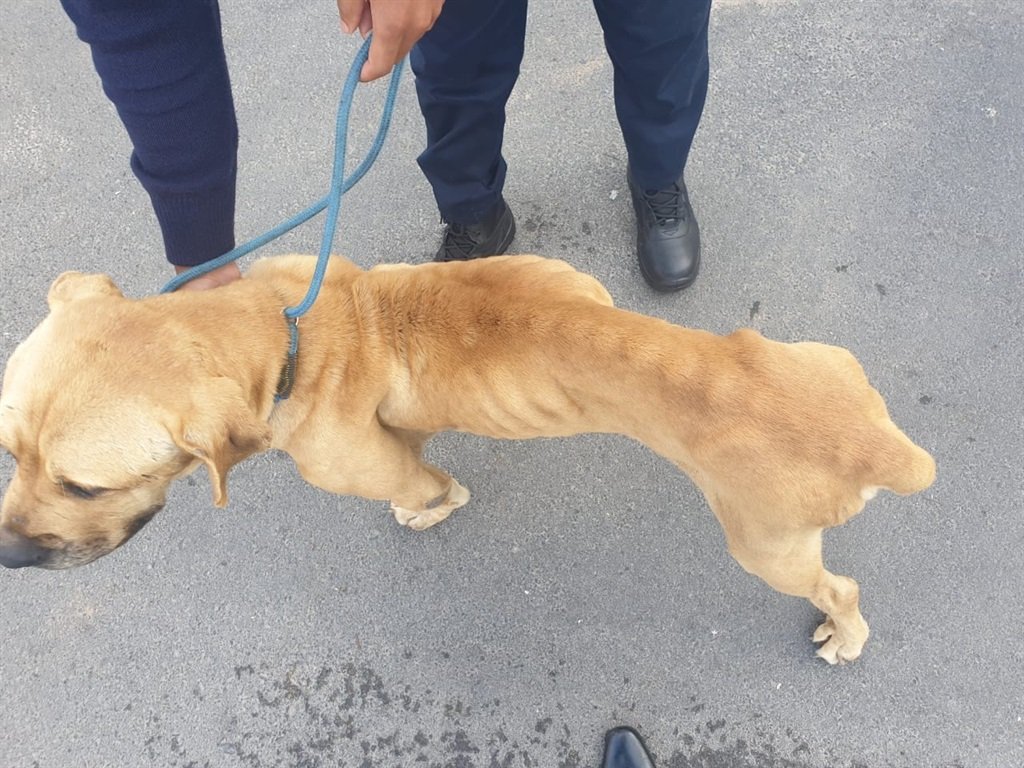 SPCA spokesperson Belinda Abraham said Pieterse had approached the Caledon Magistrate’s Court for a court order in terms of the Animal Protection Act to confiscate the dogs.

Pieterse added when they got to the property all the dogs were emaciated.

“Upon arrival, the owner and his family threatened Chief Inspector Pieterse and refused to co-operate with them,” Abraham said.

Two boerboels found on the premises were found to be in extremely poor condition.

Pieterse said the dogs did not have access to food or water and he ordered the owner to give them some.

“The dogs were so thirsty that they drank non-stop. The owner was also instructed to provide the female boerboel with food as her pups had been drinking from her.

“The puppies were found to be infested with fleas, not in good health at all and their faeces were not picked up,” he added.

The two boerboels and their seven puppies were taken to the Cape of Good Hope SPCA and examined by a veterinary team. A Jack Russell was also confiscated. 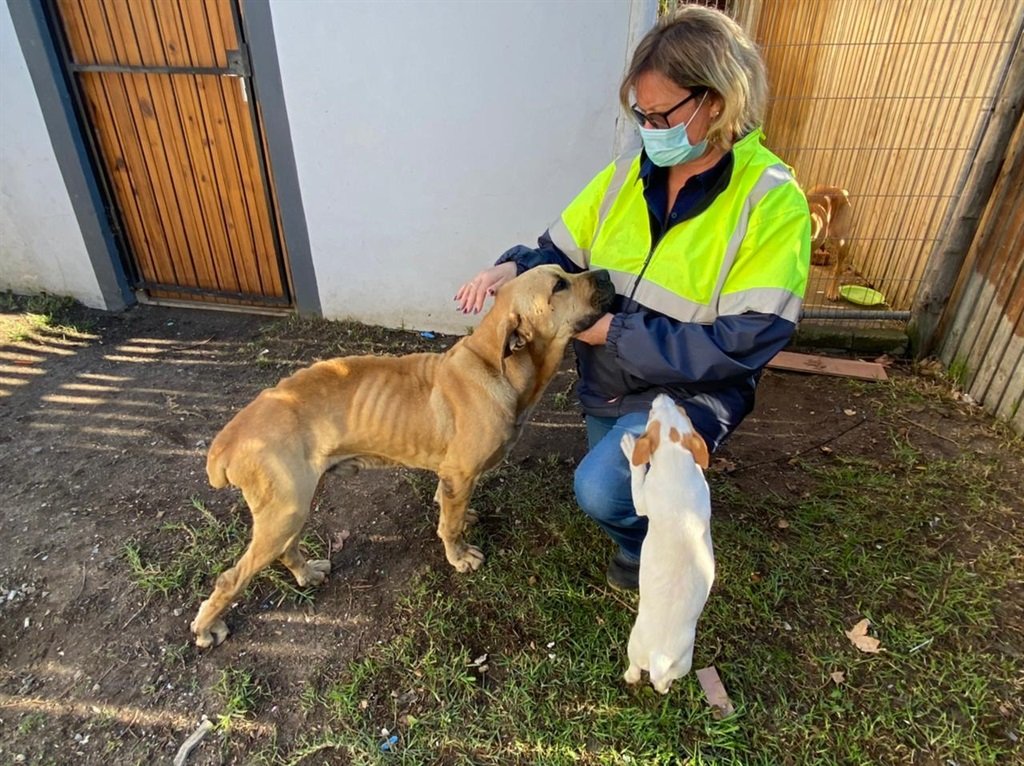 A boerboel and Jack Russell confiscated by SPCA.

A day after the dogs were taken to the SPCA, the male boerboel had to be put down due to the poor state he was in. The female and her pups are doing well and receiving treatment.

“We were shocked that the dogs belonged to a teacher who should demonstrate high standards of moral behaviour for children to learn from,” said Abraham.

It was equally concerning that someone tasked with the responsibility of educating children could be so lacking in compassion.

Had the owners tried to co-operate with the team in the first place then this situation could have been avoided, added the SPCA.

READ  TOO CUTE | Rescued puppy has an extra tail on forehead

According to the SPCA, charges of animal cruelty would be laid against the Villiersdorp teacher in terms of the Animal Protection Act.