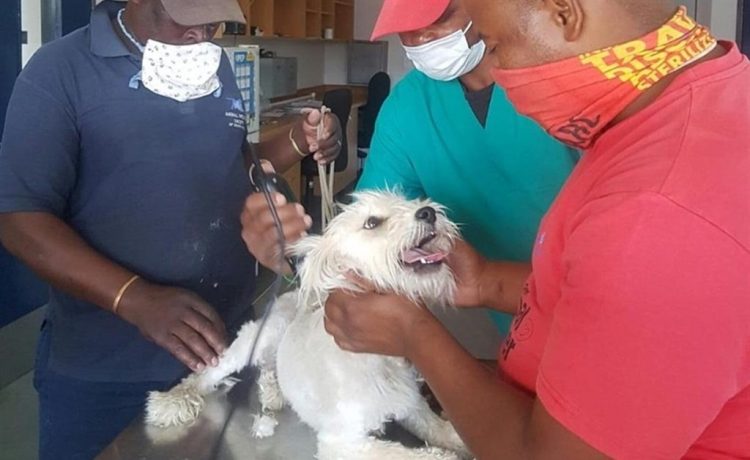 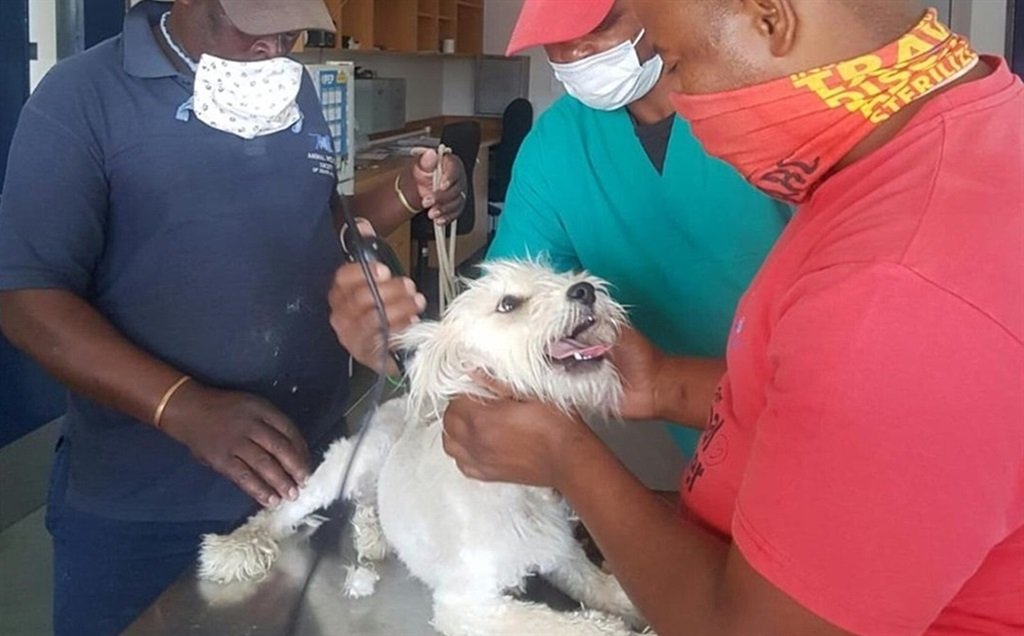 Rasta the dog gets a makeover and new family

Rasta had had a very bad hair day for the longest time – but when his owner took him to the Animal Welfare Society SA shelter in Cape Town recently claiming he had stopped eating, not only did he get a much-needed grooming, his life changed forever.

Allen Perrins, the society’s head of communications, resource development and fundraising, said the first thing that struck them when Rasta was brought in last Thursday was his overall “neglected state and feather weight”.

“When he was lifted onto the examination table the nursing assistant felt something solid around Rasta’s neck and after cutting away chunks of filthy, matted fur, found a collar that was throttling Rasta and preventing him from swallowing anything,” Perrins said.

Rasta’s owner was shocked when confronted by nursing staff about the collar. He explained that they fitted the collar onto Rasta when he was still a puppy and forgot to remove it. 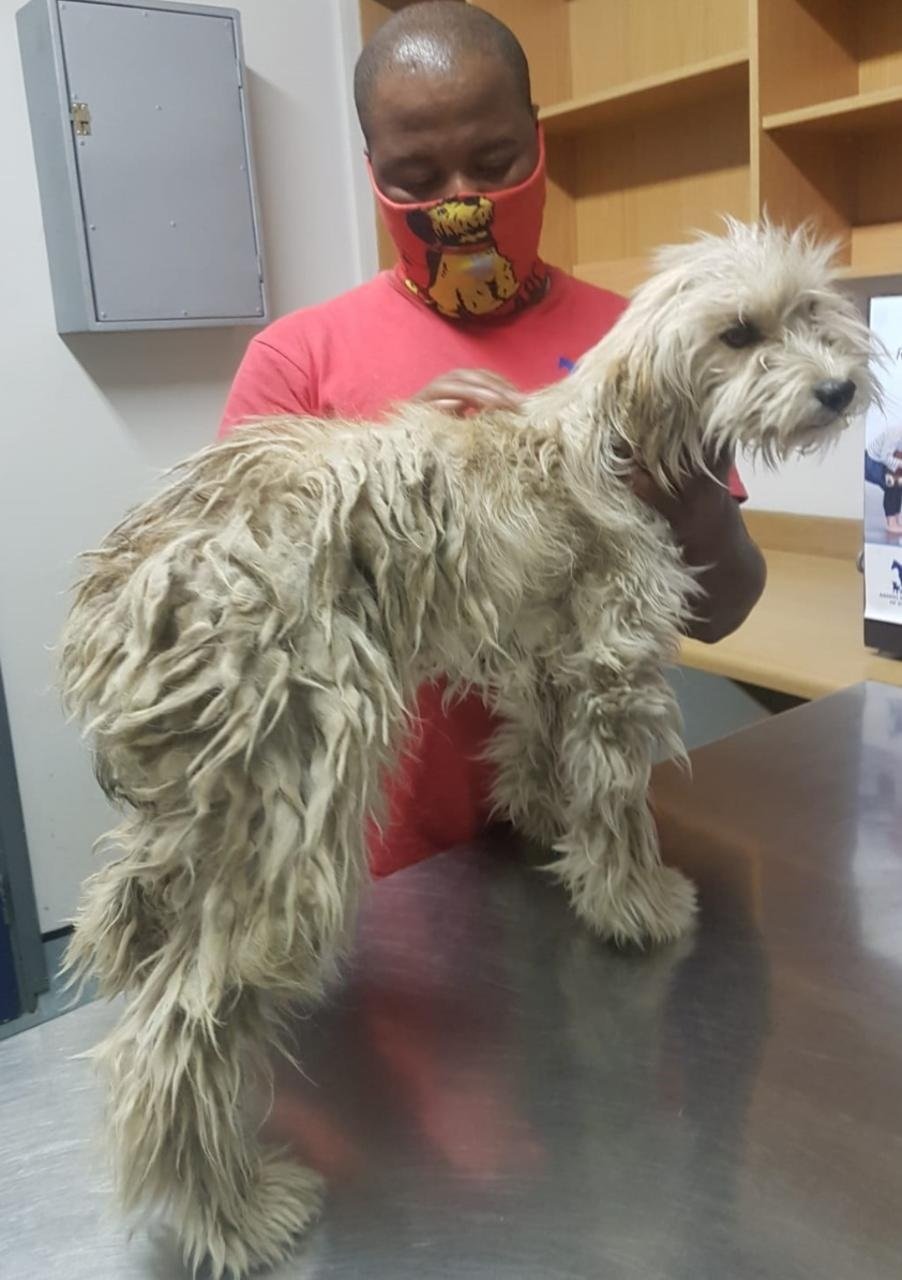 Rasta gets a makeover and new family (Supplied)

After the collar had been removed, Rasta was given a bowl of dog food which was gifted to him by people who had seen his story on Facebook.

According to a nursing assistant, Rasta “went mad” for the bowl of food and lapped it up in no time.

Much to the the shelter’s delight, Rasta’s owner surrendered the dog to them.

READ | A dog’s best friend: this stray pup fell for a unicorn toy and kept trying to steal it from a shop

When the nursing assistant continued with the examination, they found that Rasta had tick-bite fever and a massive worm infestation and admitted him for further treatment as well as a desperately needed grooming.

It took three experienced groomers over an hour to work on Rasta. He was calm throughout as the groomers gently went about their task removing hundreds of devil’s thorn embedded in his skin.

All the tangled and knotted fur had filled a black bag; but the joy and relief on the little mutt’s face was obvious.

“Poodles like Persian cats and Angora rabbits demand constant care and attention to keep them fit and healthy and we would discourage anyone who does not have the time or means from owning any ‘high maintenance’ pet and the many other long-haired pets that end up being surrendered to us when the novelty of owning them wears off.” 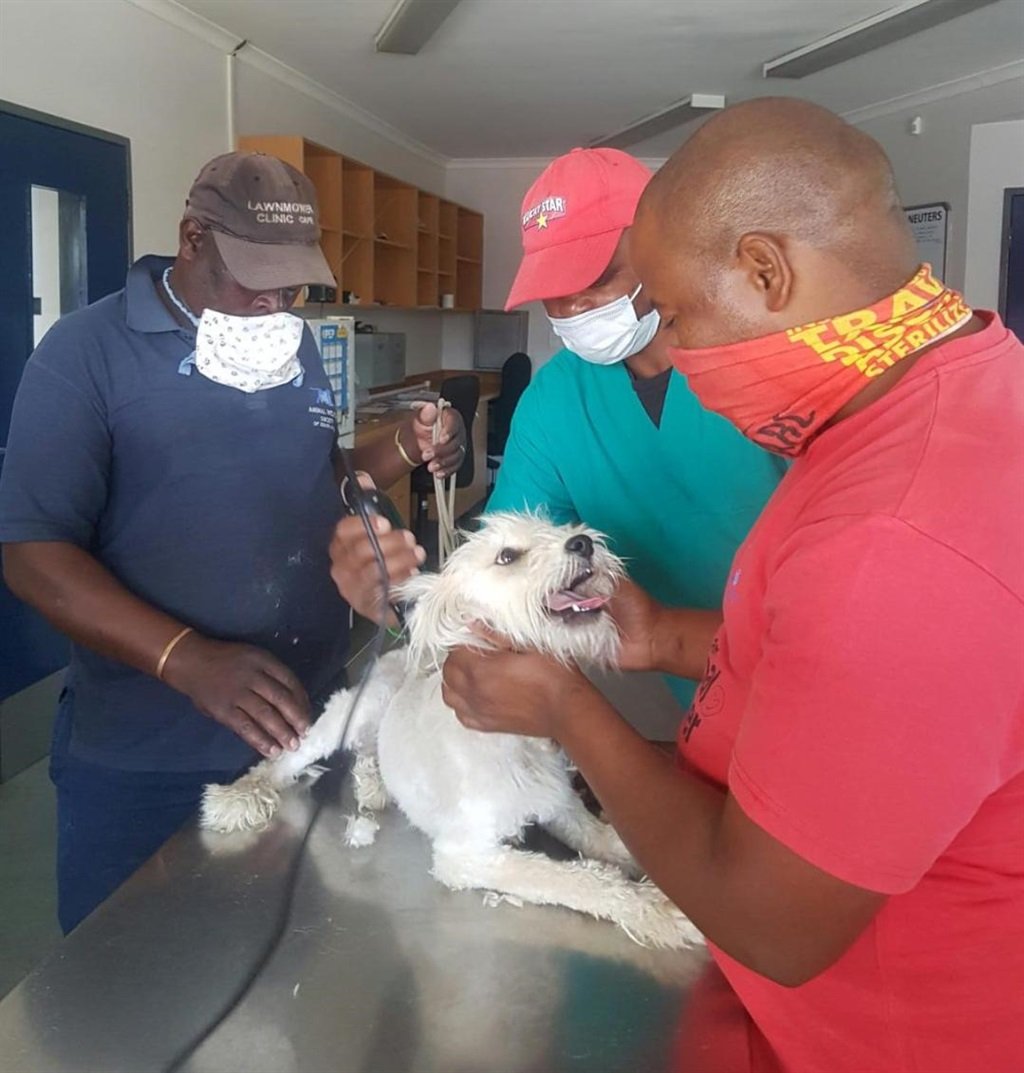 Rasta gets a makeover and new family (Supplied)

Rasta responded so well to treatment and having his mass of flea infested, matted, and tangled fur groomed, that the shelter was able to put him up for adoption almost immediately.

Wesley Shehab saw the Facebook post inviting people to adopt Rasta and drove all the way from Malmesbury to the shelter in Philippi on Sunday to go and view him.

READ  More than 100 threatened species hit by Australian bushfires, pushing many towards extinction

“We have since been contacted by Wesley who confirmed that he will be taking Rasta, who settled in beautifully with the family. This just goes to show that you should never judge a book by its cover. Underneath all that dirty matted fur lay one of the most adorable dogs that we have ever had the pleasure of adopting,” said Perrins. 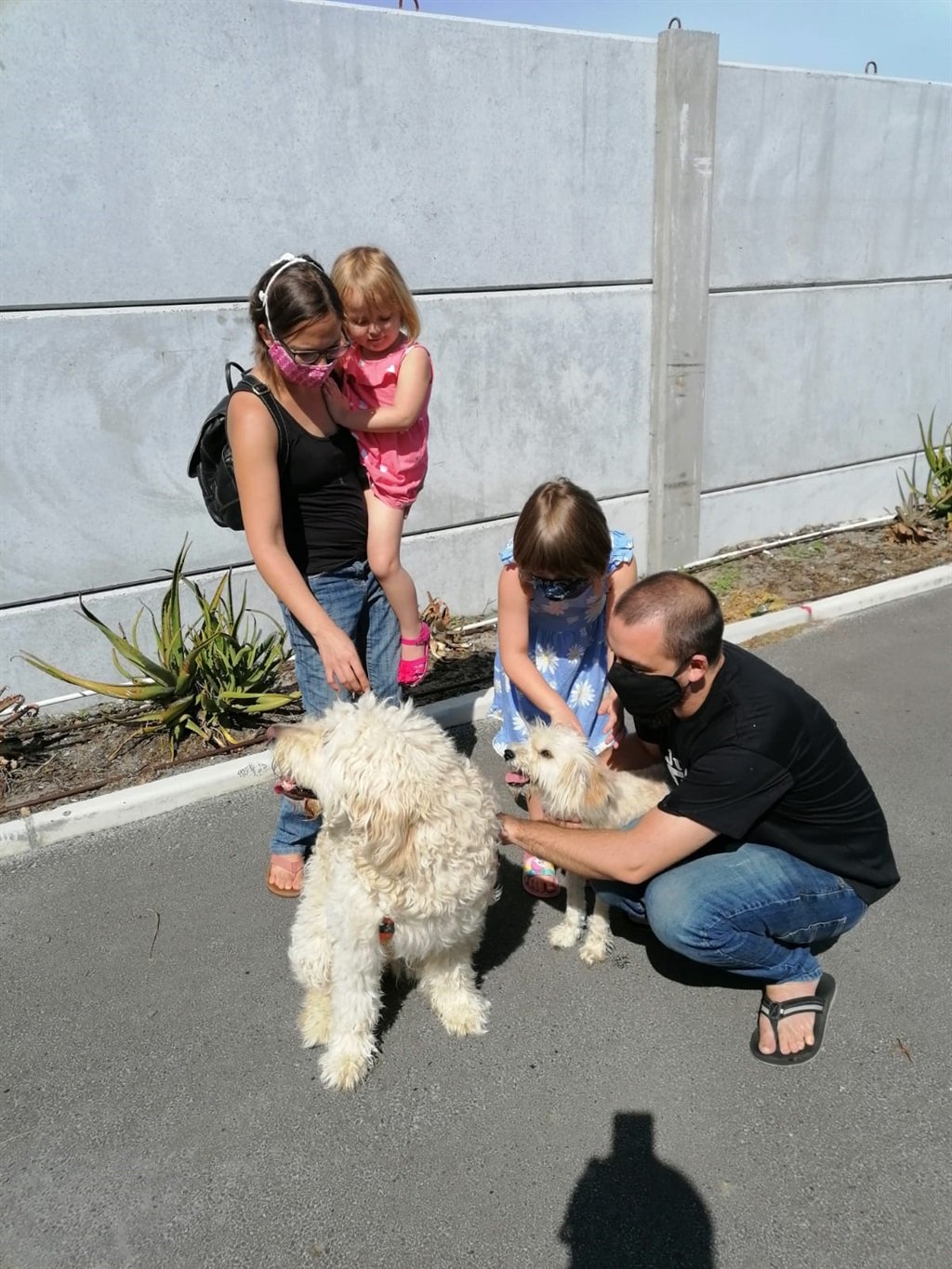 Speaking to News24, Shehab said they had named him Tusk. He described their new addition as wonderful, adapting extremely well and getting along with the family’s other dog.

“We are a bit sad as Tusk had to be taken back to the Shelter today to be sterilised and we’ll only see him on Thursday, but we cannot wait to have him back home soon,” said Shehab.